Who Knew That Using a Thin Lithium Metal Anode Could Improve Battery Life? 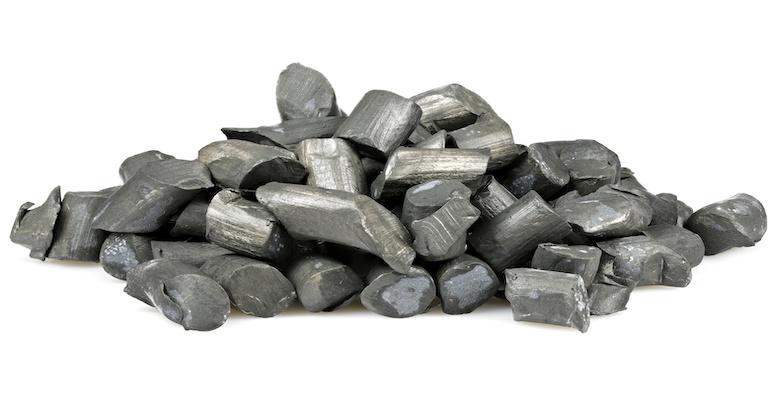 Assuming a lithium metal battery could be commercialized, it would offer the potential for an electric vehicle (EV) that would be lighter and could travel much farther on a single charge. There are some issues to be solved, however. During charging, lithium metal plates onto the surface of the anode and can form spikey, needle-like crystals called dendrites. If these dendrites grow large enough they can reach the cathode and short out the battery cell.

A variety of solutions to the dendrite growth problem are under investigation, including the use of a solid electrolyte, made from either polymers or ceramics to replace the standard liquid electrolyte. The problem is, with most solid electrolytes, lithium ions move very slowly through the electrolyte material at room temperature, limiting the power output that the cells can produce unless they are operated at elevated temperatures.

Lithium-metal batteries that have been examined so far in the laboratory have a second problem—they don’t last very long.  A commercial lithium-ion battery typically will last more than 1,000 charge and discharge cycles. As recently as four years ago, lithium metal batteries would only last for around 50 cycles.

A team of scientists at the US Department of Energy’s Pacific Northwest National Laboratory (PNNL) has created a lithium-metal battery that lasts for 600 cycles, far longer than other reported results. After 600 cycles, the battery retained 76 percent of its initial capacity—not quite ready for commercialization, but a big advance in the right direction.

Because of the power limitations of solid electrolytes at room temperature, the PNNL researchers chose to develop their own liquid electrolyte that they claim reduces the growth of dendrites during charging. At present, no further details are available about this liquid electrolyte, however, its ability to suppress dendrite growth is interesting for future room-temperature lithium metal battery studies.

To increase the battery’s lifetime the PNNL team used an unexpected approach. Instead of using anodes with more lithium, the team used incredibly thin strips of lithium, just 20 microns wide, far thinner than the width of a human hair. “Many people have thought that thicker lithium would enable the battery to cycle longer,” said Jie Xiao, who along with Jun Liu, the director of the Battery500 Consortium, was one of the researchers. “But that is not always true. There is an optimized thickness for each lithium-metal battery depending on its cell energy and design.”

Contrary to what might be expected, the scientists found that thicker strips contribute directly to battery failure. That’s because there is a set of complex reactions around a film on the anode that is called the solid electrolyte interphase, or SEI. The SEI is the byproduct of side reactions between lithium and the electrolyte. According to PNNL “It acts as an important gatekeeper that allows certain molecules to go from the anode to the electrolyte and back again while keeping other molecules at bay.”

The SEI working allows certain lithium ions to pass through but “limits unwanted chemical reactions that reduce battery performance and accelerate cell failure.” The way to increase the number of cycles a battery can attain is to reduce unwanted side reactions between the electrolyte and the lithium metal—encouraging the critical electrochemical reactions while reducing or preventing the unwanted ones.

PNNL researchers found that thinner lithium strips create what one might call good SEI, retaining contact between the liquid electrolyte and the anode, making important electrochemical reactions possible. The thicker strips have a higher chance of contributing to what one might call harmful SEI by preventing the liquid electrolyte from reaching all of the lithium. With the thicker lithium strips, the electrolyte needs to flow into deeper pockets of the lithium, leaving some parts of the lithium dry and reducing or even stopping important electrochemical reactions from occurring. 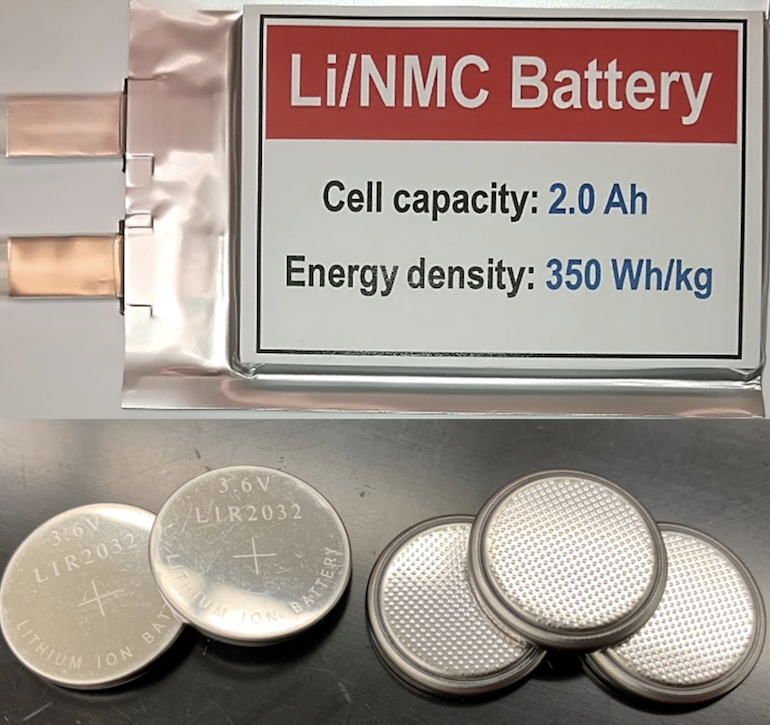 The PNNL team worked on pouch cells (top), which are much more realistic compared to coin cells (bottom).

An important part of PNNL’s research on thin lithium metal anodes is the use of pouch cells for the studies. Many battery researchers rely on the use of “coin” cells where proportionally, the amount of electrolyte that is available can be 20-30 times that of the more realistic pouch-type cell.

“Coin cells and pouch cells are different testing vehicles for research,” Jie Xiao told Battery Technology. “The cell parameters in pouch cells are similar with what industry will manufacture, i.e., restricted amount of electrolyte, reasonable mass loading of cathode, and amounts of lithium. Each of these parameters will impact the cycling life of lithium-metal cells,” he told us.  In addition to more electrolyte, coin cells have low mass loading and very thick lithium, which can lead to a seemingly long cycling life, but oftentimes this cannot be repeated in more realistic pouch cell conditions, according to Xiao.

While the promise of lithium metal batteries has not yet been met, the PNNL research into the use of ultra-thin metal anodes could be a significant step forward. It will be interesting to see if such work will result in EVs with a longer range and a longer expected battery life.