Will China be the Winner in a Race for Afghanistan’s Vast Lithium Reserves? 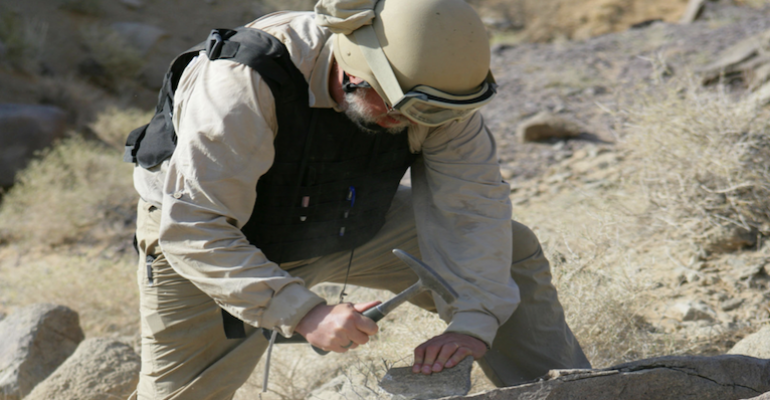 For more than a decade, the USGS has been looking in southern Afghanistan (under protection of the US Military) for reserves of rare earth elements
As the US and its NATO allies exit Afghanistan, China eyes a trillion-dollar mineral prize.

According to a study in 2010 by the US Geological Survey (USGS), Afghanistan has more than a trillion dollars of unexplored mineral assets, including vast reserves of lithium, copper, and rare earth elements. Even before the US withdrawal from the country, Afghanistan had minimal infrastructure to exploit these resources, and with the new Taliban government taking over it is unclear how the country can profit from them.

Except, the landlocked country shares a small but important border with China—a country that has built a history of building the logistics necessary to extract mineral wealth (particularly on the African continent) without necessarily concerning itself with human-rights issues.

It’s no secret that the economic future belongs to those countries that can secure vast the quantities of lithium and copper that are needed to build electric vehicles (EVs) and the rare earth elements needed to make the magnets used in the motors of those EVs and in a wide range of electronic devices. The hunt is on around the globe for lithium sources beyond the mineral-rich salt deserts of South America and the hard rock spodumene mines of Australia.

In the mid-2000s, Chinese investors led by state-owned Metallurgical Corp. of China Ltd. won a bid valued at almost $3 billion to build a copper mine at Mes Aynak, not far from Kabul. After nearly two decades the mine still hasn’t had any output—delays have ranged from security concerns to the discovery of historical artifacts—and there’s still no rail lines or power facilities to operate the mine.

The US Department of Defense in 2010 reportedly described Afghanistan as "the Saudi Arabia of lithium." This was at a time before the critical nature and limited supply of lithium for EVs was recognized. The transition to electrification has made it clear that there will be winners and losers and Afghanistan’s deposits of spodumene make it a valuable partner.

With China’s dominance of both the supply of rare earth elements and the processing of lithium raw materials into battery-grade compounds, it may be enough, at least in the short term, to simply limit the actual extraction of the valuable minerals. If China can work with the new Taliban government to develop a short-term plan to keep the resources in the ground while building a viable infrastructure, and then extract and exploit those resources when China deems it necessary, any thought of toppling China’s strangle-hold on EV materials has no chance of succeeding.