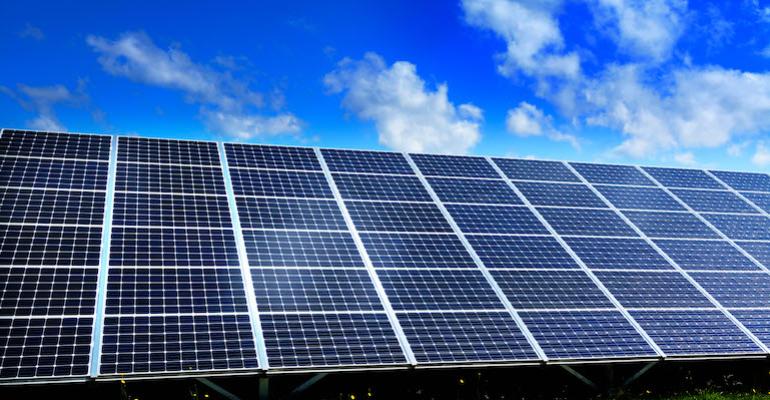 Phosphorene nanoribbons are integrated into perovskite-based solar cells to bring their efficiency on par with silicon-based devices.

Researchers are reporting success in integrating a promising 2D material into new types of perovskite-based solar cells to significantly improve their efficiency, bringing them on par with silicon-based devices.

A team led by researchers from Imperial College London and University College London worked with phosphorene nanoribbons (PNRs), which are ribbon-like strands of the 2D material phosphorous. Similar to graphene, this material is comprised of single-atom-thick layers of atoms and has high electrical conductivity.

Researchers first produced these materials in 2019, and since then theoretical experiments have shown they can enhance numerous electronic devices, including batteries, biomedical sensors, and quantum computers.

Now the Imperial and University colleges team has demonstrated in an actual prototype solar panel that proves that phosphorene nanoribbons indeed live up to their potential for improving the efficiency of devices, researchers said.

Related: Technique Sheds Light on Optimization of Perovskites for Solar-Cell Use

“Hundreds of theoretical studies have foreseen the exciting properties of PNRs, but no published reports have yet demonstrated these properties, or their translation into improved device performance,” observed Thomas Macdonald, a professor and researcher in the Department of Chemistry and Centre for Processable Electronics at Imperial, in a press statement.

He said the team has shown not only evidence of PNRs as a promising route for high-performance solar cells, but also demonstrated the versatility of the nanomaterial for use in next-generation optoelectronic devices.

A New Type of Solar Panel

Researchers worked with solar cells made from perovskites, compound materials with a crystal structure that long has been viewed as a leading next-generation material in solar cells to supplement or replace silicon. Indeed, perovskites have several advantages over silicon, including higher efficiency and a lower cost for cell production.

That lower cost comes from the fact that perovskites can be printed from liquid to create cells in the form of thin, flexible films. Researchers then printed the PNRs as an extra layer on the films to improve device functionality and efficiency, they said.

The resulting cell demonstrated an efficiency of more than 21 percent, which is on par with traditional silicon solar cells, researchers reported in a paper on their work in the Journal of the American Chemical Society. This is close to the top efficiency that perovskite-based cells have demonstrated in the lab so far, which is around 25 percent.

Holes are the opposite partner of electrons in electrical transport, so improving their mobility--a measure of the speed at which they move through the material--helps electrical current move more efficiently between layers of the device, they said. 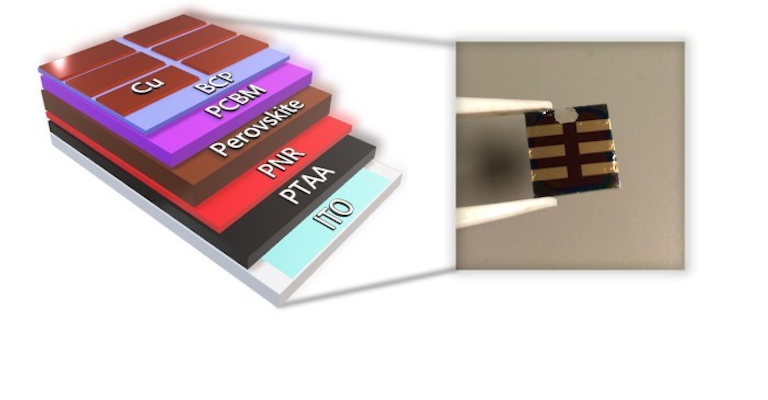 A perovskite-based solar cell in which researchers added a layer of phosphorene nanoribbons, which dramatically improved its performance

By verifying how the PNRs improved the solar cells, researchers said they can go on to create new design rules for optoelectronic devices, or devices that emit or detect light, Macdonald said.

“Our results show that the predicted functional electronic properties of PNRs indeed translate to improved performance in application,” he said in a press statement. “This highlights the genuine importance and utility of this newly discovered nanomaterial and sets the benchmark for PNR-based optoelectronic devices.”

The team plans to continue to study PNRs and how they work in electronic devices to discover more ways to improve their performance. Researchers also plan to investigate how modifying the surface of the nanoribbons could improve the unique electronic properties of the materials, they said.