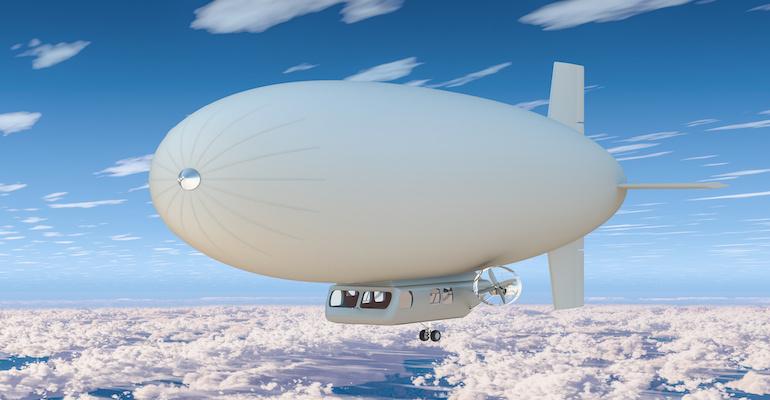 An old idea is being regenerated to create modern dirigible designs for military and commercial applications.

Following closely on the heels of the growth of electric vehicles (EVs) has been a growing interest in electric aviation. Much of the effort has been placed on the development of electric vertical takeoff and landing (eVTOL) craft that can be used for package delivery and short-hop passenger service, including through fully autonomous and pilotless flight.

Related: Welcome Aboard! 22 Examples of the History and Future of Electric Flight

Other concepts are under study and one interesting one is the development of semi-rigid airships for heavy-lift and transportation markets. UAV Corp, Skyborne Technology, Inc., Research in Flight (RIF), and Auburn University are prototyping the DATT MA 600 Electric Extended Range Airship under the first phase of an Air Force AFWERX contract to create an aerial transport platform for civilian and military support missions. AFWERX  has the goal of fostering innovation within the service through a number of programs supported with relatively small amounts of funding, engaging new entrepreneurs in Air Force programs.

The team is currently working on a sub-scale prototype that will “serve as a platform for testing and data collection in preparation for a proposed full-scale vehicle with modular composite structures to lighten the aerial platform for additional payload capability,” according to a UAV Corp. news release.

It isn’t the first time an electric dirigible has been considered. In fact, in 1883 Gaston Tissandier fitted a Siemen’s electric motor and propeller to a dirigible and with his brother Albert, became the first to experience electrically powered flight by flying over Paris. After the successful flight of Tissandier, Charles Renard and Arthur Constantin Krebs launched a motorized dirigible, built for the French Army, in 1884. The 170-foot long craft was powered by an electric motor and carried a 435-kilogram zinc-chlorine flow battery. Called La France, it made several round-trip flights in 1884 and 1885, landing at the same place it had started from. The weight of the batteries limited the performance and usability of the machine. 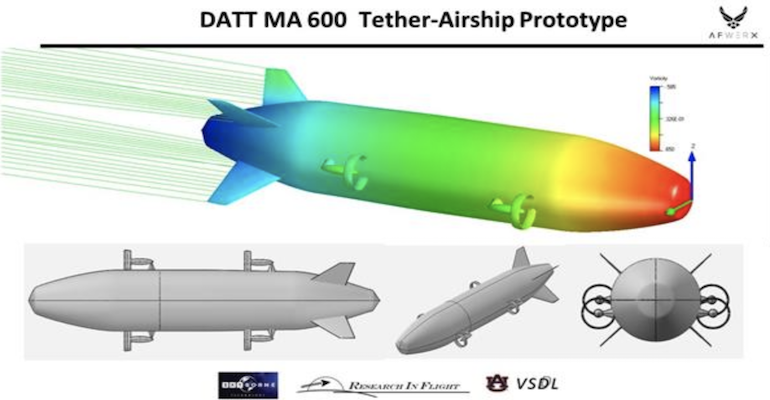 Modern materials such as carbon fiber, and the use of powerful lithium-ion batteries make the concept of a modern-day electric dirigible practical. “Our next-generation airship combines the proven semi-rigid airship design with advanced propulsion and aerodynamic lifting capabilities. This unique design coupled with onboard eVTOL drones give both long term surveillance and transmitting capabilities coupled with immediate close inspection in real-time,” said Billy Robinson Chairman of UAV Corp. “Conventional airship and drone technologies have not previously combined these features allowing the DATT MA600 a vast array of missions that can be performed. The support we have received from local and federal sources in both the development and production of this product has been instrumental in our rapid prototyping and planned deployment of this cutting-edge technology,” he added.

Skyborne Technology has a manufacturing facility in Wewahitchka, Florida where the DATT MA 600 prototype is being built. The prototype is currently scheduled for its maiden flight in late summer 2021.