Electric Aviation Will Need Charging Solutions: Here Is One That Is Appearing on the Horizon 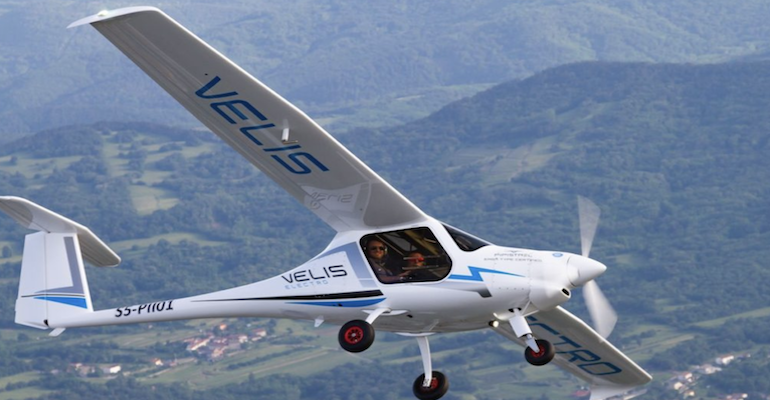 Aircraft builder Pipistrel and charging expert Green Motion have teamed up to build a charger for electric aircraft.

Let’s say you build one of the first fully certified electric airplanes. It’s a two-seat sports training craft that has received acclaim as it breaks ground as one of the least expensive ways to train to be a pilot. Being electric, however, it needs to be fully charged before each flight. How do your customers accomplish that?

Pipistrel is a Slovenia-based company that has been building its two-seat Alpha Electro for nearly a decade. Now, it’s more advanced Velis Electro model has been introduced and has EASA (European Union Aviation Safety Agency) Type certification. Powered by a 57.6-kilowatt electric motor its 24.8-kilowatt-hour lithium-ion battery pack allows flight times of up to 50 minutes, along with a reserve.

Related: Welcome Aboard! 22 Examples of the History and Future of Electric Flight

But back to charging. Pipistrel announced a partnership with Switzerland-based Green Motion to develop a universal, future-proof, environmentally friendly, turnkey charging technology for electric airplanes. This new charging infrastructure will be in line with the approvals of EASA, the European Union Aviation Safety Agency. Pipistrel with its Velis Electro has pointed the direction that the electric aviation market will grow. Meanwhile, with its FLIGHT XT, one of the world’s first electric plane chargers already in use in two airports in Switzerland, Green Motion has gained extensive knowledge of electric airplane charging in addition to electric vehicle charging for cars, two-wheelers, and trucks. 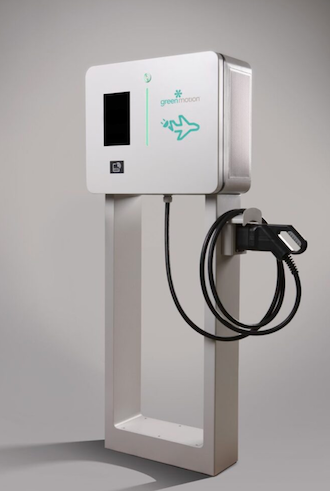 According to a Pipistrel news release, the electric airplane charging solution will bring:

Ivo Boscarol, founder and president of Pipistrel, says “I am dedicating my life to contributing to a cleaner atmosphere and emission-free aviation. Type certifying the first all-electric airplane was the necessary step towards this goal. As part of the endeavor, Pipistrel was forced to develop and produce almost everything in-house, including the chargers. However, to assure a significant change to a cleaner atmosphere, widespread use of electric aircraft is a must, and we need to spread the network of chargers to airports all over the world. This cannot be achieved by Pipistrel alone, but with a skilled and distinguished partner as Green Motion, this becomes a reality. I am happy that our SkyCharge stations will grow further with its potential into a common new brand SkyCharge by Green Motion and Pipistrel, to offer electric aircraft users a breakthrough, connected and turn-key service all over the world”.

François Randin, founder and CEO of Green Motion, says “Green Motion has worked on electric airplane and UAM charging solutions for over two years. We see the beginning of this new market like we did more than 11 years ago with electric cars. After being a pioneer for electric cars, we are now a trail blazer in electric aircraft charging too. That is why we are so proud and honored to partner with Pipistrel, a world-renowned aircraft producer which has complementary technology and mindset to ours, so we can define the future of electric planes together.”

With the rapid development of electric vertical take-off and landing (eVTOL) aircraft and several electric passenger aircraft on the way, the charger from Green Motion and Pipistrel appears to have arrived just in time.