Formula E will debut the Gen3 car for Season 9 of the ABB FIA Formula E World Championship that will be accompanied by new sporting rules and more powerful racing cars.

The Gen3 car will debut in Round 1 in Mexico City on January 14. The new electric race car is expected to be the faster, lighter, more powerful, and more efficient than in previous seasons. The new Gen3 car has an electric motor delivering 350KW of power, capable of 200-mph speed. It can also regenerate a staggering 600KWh of energy, which means that more than 40% of the energy will be produced by regenerative braking, an increase from the 25% achieved by Gen2 cars. Compared to the Gen1 car, the Gen3 car is 75% more powerful. 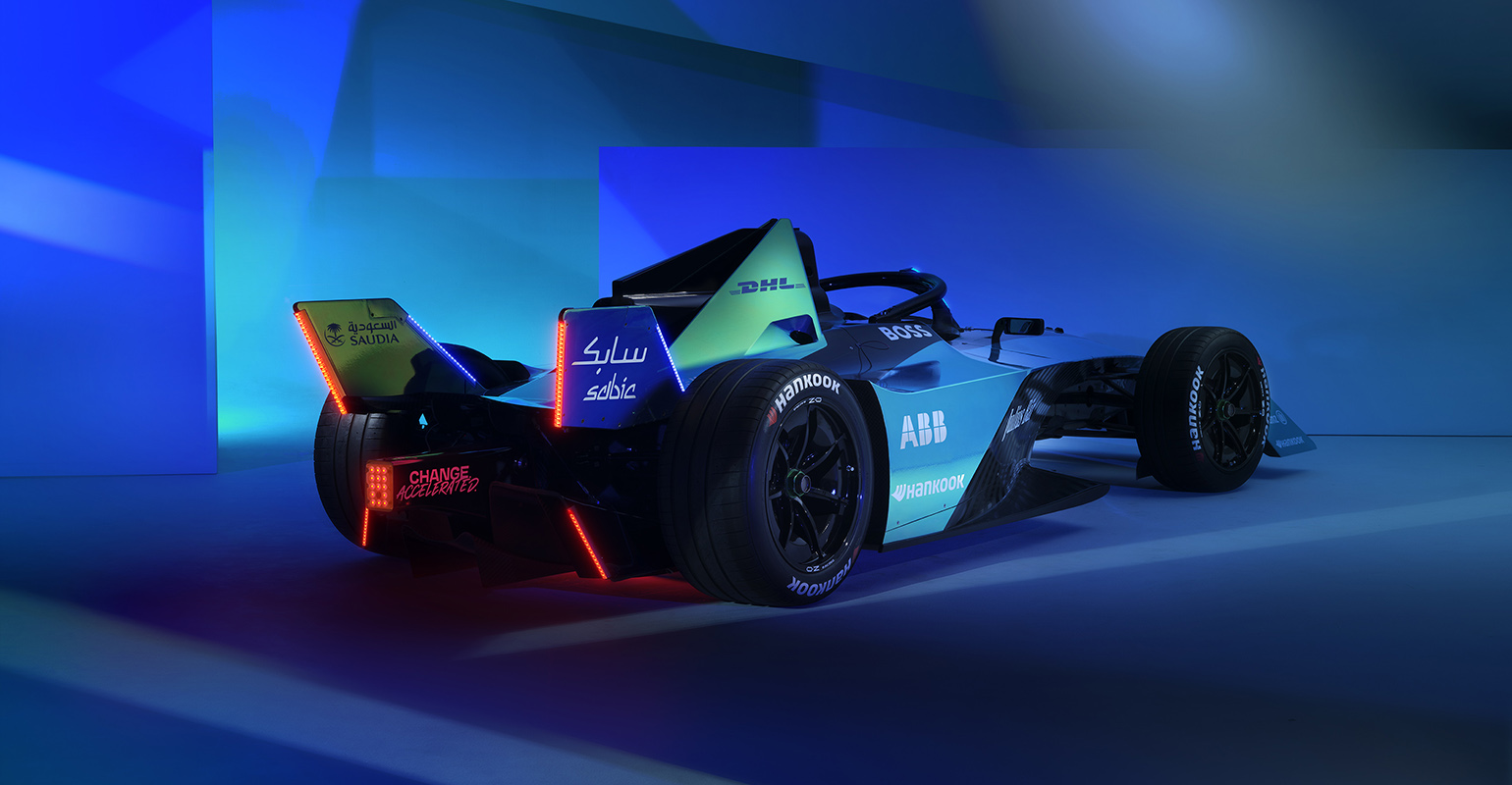 The official charging supplier of Formula E Season 9 will be ABB. Each charger can deliver a maximum power of 160kW and is able to charge two vehicles with 80kW of power simultaneously, before a race. This allows race teams to benefit from a ‘double charging’ capacity from one unit, significantly reducing the charger footprint and decreasing transportation emissions, as there is no longer a need for one unit per car.

Frank Mühlon, CEO of ABB E-mobility stated, “We’re delighted to bring our innovative charging solutions to the biggest global e-mobility stage – the ABB FIA Formula E World Championship—continuing our drive to use the series as a testbed for new, more sustainable technologies. Charging the Gen3 cars will give us valuable testing information on charging in a high-paced, competitive environment. The experience and knowledge we gain will be used to continuously improve ABB chargers for customer and consumer use.” 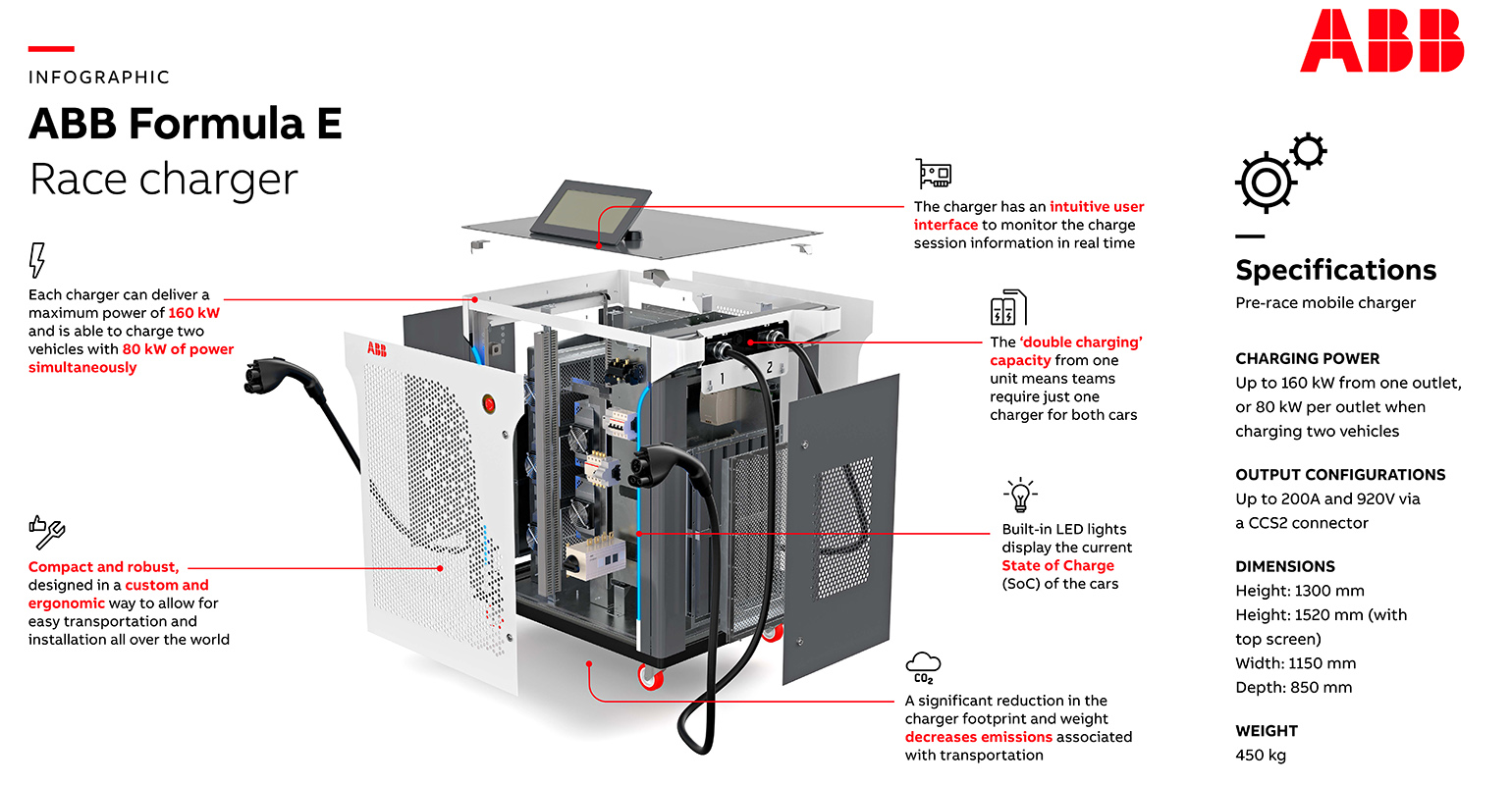 Races will run until a set number of laps, instead of a fixed amount of time, has elapsed. To maintain consistency with the switch to laps, Safety Car and full course yellow interruptions to racing will now be compensated by added laps, replacing the additional racing time feature.

Attack Charge  ̶  also called fast-charging pitstops ̶ will be introduced at select races later in Season 9. Organizers and technology partners have developed a battery capable of receiving 4kWh of energy inside 30 seconds delivered by a 600kW booster.

A mandatory 30-second Attack Charge stop during a pre-determined period in the race will unlock two enhanced Attack Mode periods to be deployed later in the race where the power output of the Gen3 cars will increase from 300kW to 350kW.

A testbed for technology

The Formula E serves not only as a racing car show but as a testbed for new electric car technologies to pave the way to technologies that might be used in future commercial vehicles. Racing in the series since Season 5, Nissan has taken its learnings on track and applied them to one of the most popular electric cars around the world—the Nissan Leaf. Since the start of the series in 2014, the Leaf's battery capacity has increased by 181 percent - from 22KWh in 2014 to 62KWh in 2022.

The Leaf's range has increased by 184 percent, from 135km in 2014 to 384km in 2022, meaning more mileage from a single charge, making EVs a realistic alternative to combustion engine cars for commutes as well as longer journeys.