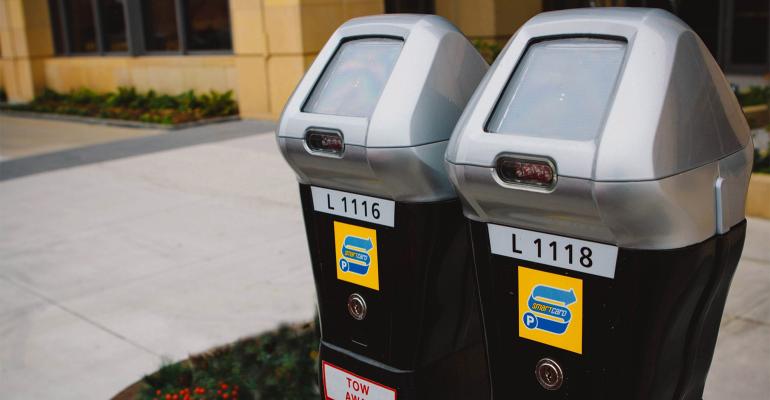 Industrial-grade Li-ion batteries from Tadiran back up wireless parking meters with miniature solar panels.
At Tadiran Batteries, the unique requirements of pulsed-power devices call for optimized chemistry and structure.

Thanks to the Industrial Internet of Things (IIoT), remote wireless devices are increasing in number and novelty, with industrial-grade lithium batteries playing a central role. Many wireless products are also getting smaller, so paying attention to battery design and chemistry makes a big difference in performance and cost-effectiveness.

Remote wireless devices, though, often emphasize the need for pulsed current for two-way data communication as opposed to steady operating current. Long service life is also important—think automatic external defibrillators that must be fully charged and ready for use at all times.

Military/aerospace almost exclusively specify LiSO2 2.8V cells, due largely because they deliver high current, especially at cold temperatures. Their main drawback also results from this high-rate capability. The electrolyte within the cell is kept in a liquid state by maintaining two atmospheres of pressure within the cell. The cells are vented to prevent over-pressurization. As a result, service life and energy density of LiSO2 cells are typically less than half that of lithium thionyl chloride (LiSOCL2) cells.

LiSOCl2 3.6V cells have the highest energy density and voltage of all commercial lithium types, with a service life of up to 40 years. These cells are ideal for applications requiring very low continuous-current and/or moderate pulse currents.

Choosing bobbin or spirally wound construction also makes a difference. With both versions, non-aqueous electrolyte results in relatively high impedance. One way to solve this impedance problem is to increase the surface area by going to a wound cathode. Unfortunately, this solution is not without cost. The drawbacks to spirally wound construction include reduced energy density (you now have more inactive material within the cell) and shorter operating life (extra surface area results in higher self-discharge, shortening cell life).

Tadiran developed a hybrid lithium battery called PulsesPlus that combines a bobbin-type primary cell with a patented high rate, low impedance HLC (hybrid layer capacitor). This hybrid system delivers extremely high currents with an excellent safety margin. This is accomplished because the HLC can store up to 700 Wh/Kg of energy. The rate at which energy can be stored by the HLC varies from 280 A/Sec. with smaller HLCs, to 1,120 A/Sec. with larger size HLCs.

According to Tadiran, choosing a consumer grade battery will reduce your initial purchase price, but the trade-offs can be significant, especially for long-term deployments in remote locations and extreme environments where battery replacement is very costly or impossible. For industrial applications, it often pays to invest a little more for a battery-powered solution that aids in miniaturization while also extending operating life. 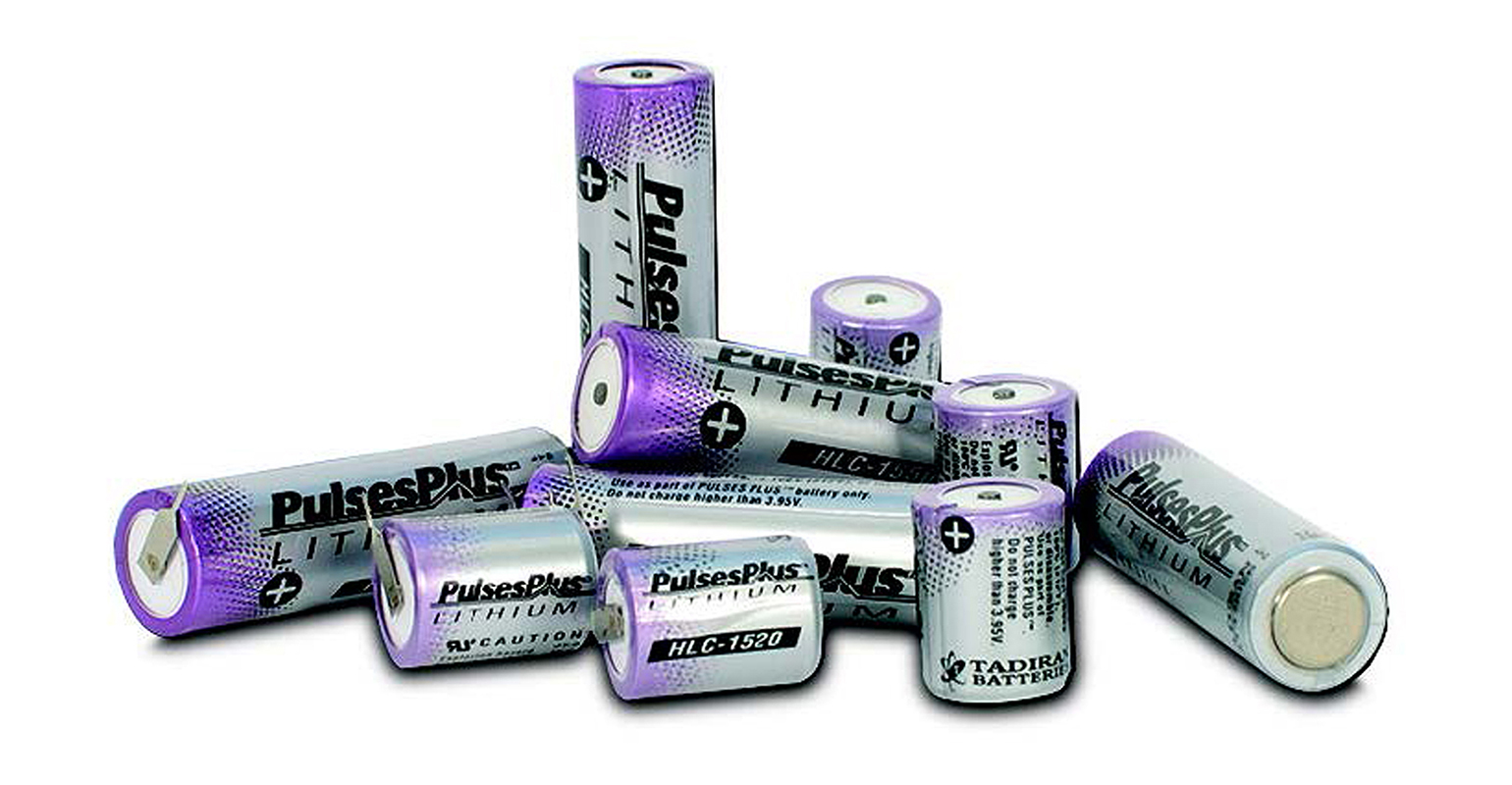 Standard bobbin-type LiSOCl2 cells can be modified with a patented hybrid layer capacitor.