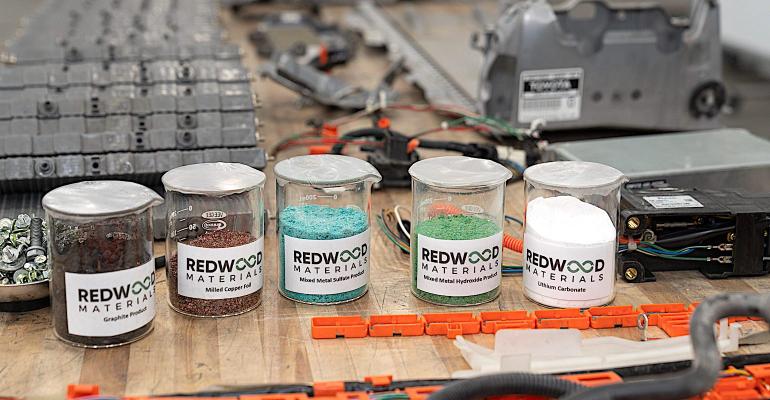 Some of the materials that Redwood can recover from recycled batteries.
Redwood Materials will recover battery materials from the coming wave of retiring Prius hybrids.

Tesla co-founder JB Straubel’s Redwood Materials battery recycling venture has made a leap forward with a deal to recycle batteries from Toyota’s cars. As the company that led the way with hybrid-electric vehicles two decades ago, Toyota is on the leading edge now of retiring vehicles that carry large, high-voltage battery packs.

The Toyota deal follows on last year’s $50 million investment in Redwood by Ford. Redwood’s aim is to make mined materials sustainable by creating a circular supply chain for the lithium, cobalt, copper, and other materials contained in EV batteries.

The batteries in older Prius hybrids are nickel-metal hydride technology, which yields other valuable materials, especially nickel. The partners say that their collaboration will start off with the collection, testing, and recycling of Toyota hybrid electric vehicle batteries, with the goal of expanding into areas such as battery health screening and data management, remanufacturing, and battery material supply later.

“We are excited to be working with Redwood Materials to identify solutions for our electrified powertrains at the end-of-life that contributes to our vision of creating a sustainable, circular battery ecosystem,” said Christopher Yang, group vice president of Business Development at Toyota. “We are committed to developing sustainable solutions that allow our batteries to provide value beyond the initial lifecycle in an electrified vehicle.”

Even before the Toyota deal, Redwood received more than 6 gigawatt-hours of end-of-life batteries for recycling every year. Another major source of material is recovered scrap from Panasonic’s Gigafactory for Tesla batteries.

"At the 6 to 12 month time frame, commodity prices are certainly at high levels," says @RedwoodMat CEO JB Straubel. "There's no question that the EV movement is beyond a point of no return." pic.twitter.com/ii4VXOzofD

Refining and remanufacturing used and scrap battery material into critical battery materials is putting Redwood on a path to produce 100 GWh of anode and cathode components in the US by 2025, the company says. That’s enough material to produce more than one million electric vehicles a year. By 2030, Redwood says it will recycle 500 GWh worth of material, enough for five million EVs annually.

Toyota wants to incorporate Redwood’s battery recycling into its battery production strategy, beginning with North America. “Toyota helped pave the way for clean transportation with the introduction of the Toyota Prius more than 20 years ago,” said Straubel. “Their commitment not only to sell millions of electrified vehicles this decade but to ensure their circularity into the future is a critical step for electrification.”

To do this, work will be focused at Redwood’s 175-acre Northern Nevada Battery Materials Campus, which is conveniently located adjacent to the world’s oldest and largest electric vehicle market, California. That’s where the first wave of Priuses and soon, battery electric vehicles, are retiring from roads. Later operations will be located near Toyota’s recently announced North American battery plant and many of our other partners on the East Coast, further localizing the process. 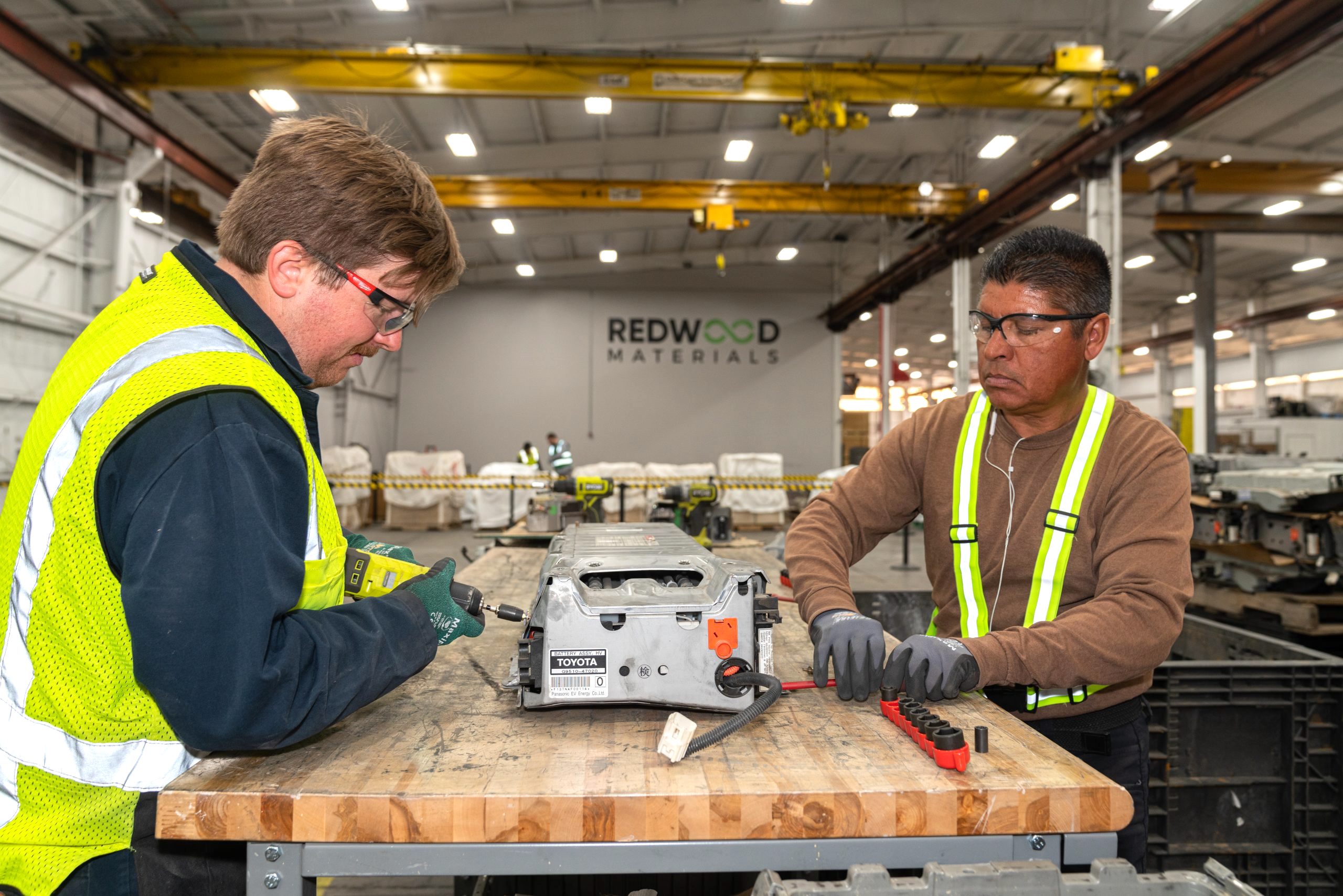