European Union Has a Fix for Smartphone, Tablet e-Waste 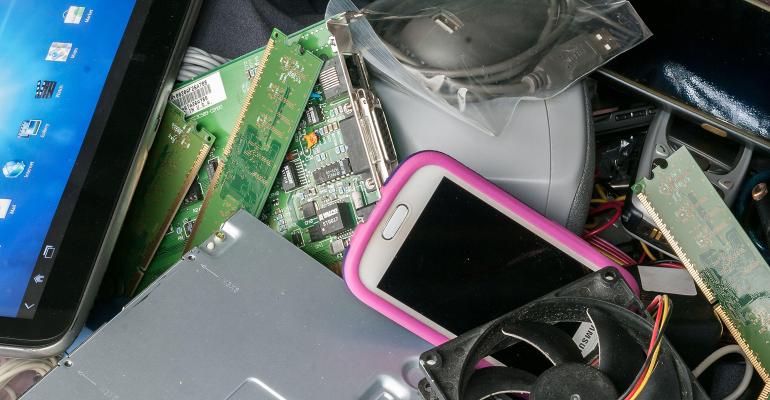 The EU proposes setting higher standards for lithium-ion battery manufacturers to comply with.
A new European Commission proposal sees improved repairability as an answer to the growing e-waste challenge.

One of the most undesirable and often-forgotten side effects of the world’s digitalization has been the emergence of e-waste. While there are many contributing factors to the rise of e-waste, one of the major factors is a general lack of device repairability.

E-waste is a complicated subject, as there are many socioeconomic factors that seem to contribute to the problem.

One of the major drivers of e-waste is the rapid rate of technological innovation in the market. On a high level, as the functionality of devices like smartphones increases over time, the devices themselves also continuously demand more power, performance, and storage capacity. This results in the need for larger batteries and other materials needed to manufacture the devices.

At the same time, as technology advances so quickly, devices are also becoming quickly antiquated. Studies find that the average consumer replaces their smartphone every 2 or 3 years for reasons largely linked to the desire for the newest device model. At the end of their “useful life,” these devices are often left untouched and unused despite the fact that they may still function properly or that their material resources could be recycled.

Beyond this, a major reason for e-waste is the degrading performance of many smartphones coupled with the perceived difficulty of device repairs. Lithium-ion batteries, which power most every major smartphone, inherently lose capacity and performance over time. When this happens, consumers tend to purchase a new device over simply repairing their existing device. It is thought that if devices could be made to have a longer lifetime, consumers may not purchase new devices and discard old ones as frequently.

To combat some of these issues, the Europen Commission recently submitted a draft proposal of new legislation that will address the repairability and lifespan of smartphones and tablets.

As described in the published proposal, legislation will focus on promoting the durability, repairability, and recyclability of products as well as promoting energy efficiency in products. One way the EU is planning on achieving this is by compelling smartphone manufacturers to supply repair parts to professional repair services for at least 5 years after the release of a new product. The goal here is to improve the supply of acceptable repair parts with the intent of increasing the device's lifetime.

Beyond this, the EU is setting its sights directly on lithium-ion batteries by setting high standards for battery manufacturers to comply with. Specifically, if the manufacturer cannot supply the required repair parts, they must instead meet the standard of producing batteries that will achieve 80% of their rated capacity after 1000 full charge cycles. Further, they hope to ensure that software updates never have a negative effect on battery life.

The final leg of the legislation is the introduction of energy labels on smartphones and tablets. These labels would serve to provide information about battery life and capacity as well as durability specifications like drop and scratch resistance. By forcing manufacturers to place these labels on their devices, the EU hopes to incentivize a greater focus on designing durable devices and allow consumers to make more informed purchasing decisions.

While this legislation is not yet enacted, the European Union is very optimistic about the positive environmental impact it will have.

According to the proposal, the EU believes that extending the average lifetime of devices by approximately 1 year could reduce the climate impact by 25% at the level of the whole mobile phones market. They further estimate that additional impacts such as improved material efficiency of products could help reduce raw material consumption by up to 30%.