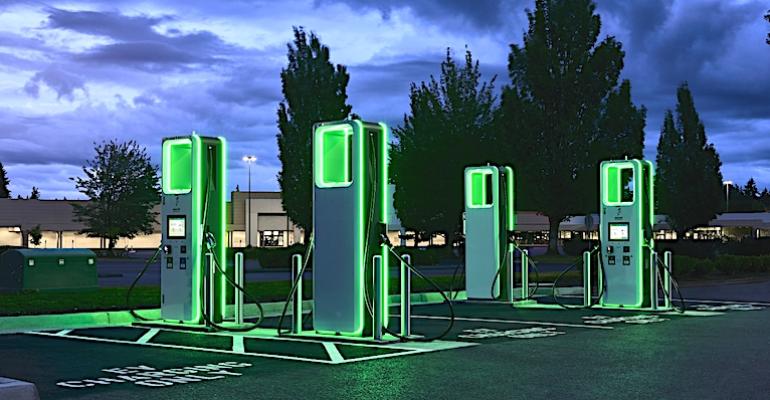 Deciding at what point a lithium-ion electric vehicle (EV) battery has reached the end of life isn’t as simple as it seems.

The lithium-ion batteries used in all modern electric vehicles (EV) can be counted on to provide years of trouble-free service before reaching the end of life. This is reflected in new-car battery warranties that are offered by the major EV makers. Tesla, for example, offers a warranty for its battery and drive unit of 8 years and between 100,000 and 150,000 miles (depending upon the Model). Tesla also warranties a minimum of 70% retention of battery capacity over the warranty period.

Other EVs, such as the Nissan Leaf have a battery warranty that also provides coverage for 8 years and 100,000 miles, as well as protection against capacity loss below 9 bars of capacity (out of 12 bars) on the Leaf over the 8-year period. Similarly, the Chevrolet Bolt has an 8 year/100,000-mile warranty and covers its battery if its capacity drops 40% over the 8 years.

Is End of Life So Simple?

It all seems pretty simple, but is it? A recent research paper in the journal Batteries examined what characteristics of battery cells and packs need to be examined in order to determine when they are reaching the end of their lives. The researchers in Spain and Austria examined methods for defining the end-of-life (EOL) threshold for different applications, including specifically EVs.

There are a variety of ways to relate the end-of-life to system failure. A device may no longer be working or no longer working in the way it normally does or working as well as it should. Criteria such as performance (range or acceleration or top speed in the case of an EV), functionality, or complete breakdown can also be modes of failure. The researchers noted in their work that, “…the basic concepts of how an EOL event should be specified are not clear, especially in systems with nonlinear degradation behaviors such as lithium-ion secondary batteries.”

To better define EOL criteria, they divided their methodology into three phases. In the first phase, the researchers defined the health indicators (HI) that best represent the aging behavior of the battery. For the second phase, various application specifications are compared with battery characteristics to generate the end-of-life criteria. In the final phase, simulations are used to calculate the end-of-life threshold. These simulations examine the electric-thermal behavior of the battery at different aging conditions using an electro-thermal equivalent circuit model. In addition, the researchers applied their methodology to both high-energy and high-power electric vehicle applications.

There are a variety of health indicators (HI) that can be used to describe and represent the State of Health (SOH) of the battery pack and its cells. The most common is the relative capacity—a comparison of the present capacity to the pack or battery’s capacity when it was new. A decrease in the dischargeable capacity directly translates to a reduction in EV driving range. Another common HI is the ohmic resistance of the battery. As a battery ages, its internal resistance increases, resulting in earlier end-of-charge and end-of-discharge voltage limits if the same current is applied. The internal resistance especially affects the charging time when fast charging.

Both of these HIs are relatively easy to measure and their effects on performance decreases, such as driving range and charging time are easy to assess. For this reason, these two HIs were used by the researchers for this study. To examine high-energy and high-power applications, the performance characteristics of electric busses were considered.

The results of the study showed that choosing a single percentage value to represent the battery EOL does not work very well—the EOL is dependent on the battery characteristics as well as on the application specifications and that, according to the research paper, “the ranges of resistance increase and capacity decrease that lead to the EOL vary greatly between applications.”

As part of the research project, the team also developed a method of calculating the EOL threshold, using the maximum resistance and the minimum efficiency of a battery system that also includes added wires, connections, power electronics, etc. In the future, they plan to add safety considerations to the EOL criteria and calculations. In high-energy EV applications, they propose that the safety threshold is below the EOL threshold. Further, in high-power applications, they indicated that, “…it is not clear whether the high-power battery can reach the defined EOL threshold values without crossing the safety threshold.”

With the EV market continuing to grow, fine-tuning the point at which a battery pack has reached the end of its usability is becoming increasingly important. The study described here is an important step in recognizing that the application and characteristics may be important contributors and one size won’t necessarily work for all.