GM or Hyundai? Which Company Has Best Solution to EV Battery Fires? 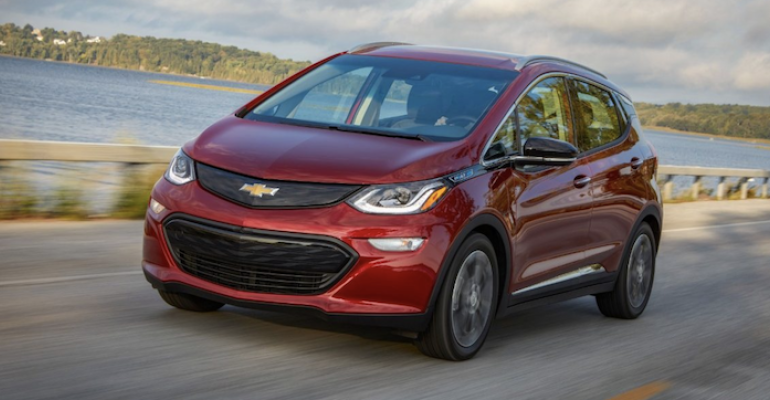 Hyundai and GM both faced potential battery fires in their EVs with LG lithium-ion packs and each company chose a different solution to the problem.

Two companies, both alike in their goal to move forward with the electrification of their product lines. Each facing one of the most difficult of electrical vehicle challenges—batteries that are in some way defective and have been proven to, on rare occasions cause vehicle fires. How does each company respond?

Hyundai, faced with nine instances worldwide where its EV models caught fire, responded by recalling over 85,000 Hyundai and Kia vehicles to replace the entire battery pack—reputed to cost nearly $1 billion.

General Motors (GM) faced the same issue with its 2017-2019 Chevrolet Bolt EV, which uses the same lithium-ion battery cells produced by LG Chem (now called LG Energy Solutions) in the same plant in South Korea. Five Bolts suffered battery fires. LG and GM are closely involved in GM’s EV efforts—they have built a battery factory together in Lordstown, Ohio, and announced that they will build another battery factory in Spring Hill, Tennessee that will supply batteries for upcoming Cadillac EVs.

GM’s solution was very different than the path chosen by Hyundai. Initially, in the Fall of 2020, the company voluntarily recalled the involved vehicles and advised its Bolt owners to stop charging the battery packs above 90 percent capacity. GM had determined the fires occurred when the Bolt was at or near its fully charged state, so by keeping the pack from being fully charged the company bought some time to further study the problem.

According to an April 29th  report in the Detroit News, GM's experts concluded a "rare manufacturing defect in certain battery modules in vehicles from these production years" led to the fires, according to GM spokesman Dan Flores in a statement to the newspaper. That defect could cause "a heat source or a short in a cell, which could propagate into a fire," he added.

To fix the issue, GM created tools for "dealers to diagnose battery issues as well as advanced onboard diagnostic software that, among other things, has the ability to detect potential issues related to changes in battery module performance before they become potential problems during vehicle operation and charging," Flores said.

Owners with the affected Bolts will have to visit a Chevrolet EV dealer to have the software remedy installed and will then be able to charge to 100%. Owners of the 2019 Bolt EVs can get the update starting in May while those with 2017 and 2018 model year Bolt EVs will be eligible for the remedy by the end of May. According to the article in the Detroit News, “GM also plans to make advanced diagnostic software available to all other Bolt EV owners in the coming months and the diagnostic software will come standard in the 2022 Bolt EV and EUV and other future GM electric vehicles.” After the upgrade is done, the diagnostics software will send off "different warnings to the driver and different responses from the vehicle depending on the nature of the problem," Flores said. "In all cases, the diagnostics illuminate a warning lamp on the vehicle’s gauge cluster."

We May Never Know…

It is, of course, impossible to know which of these two solutions—the drastic and expensive measures by Hyundai, or the less expensive software upgrade by GM—will provide the best result for each company’s EV customers. The problem occurred so rarely (particularly when compared to the 450-500 or so gasoline vehicle fires that occur each day in the US) that it will likely be hard to ever know which was the better solution. Perhaps time will tell.