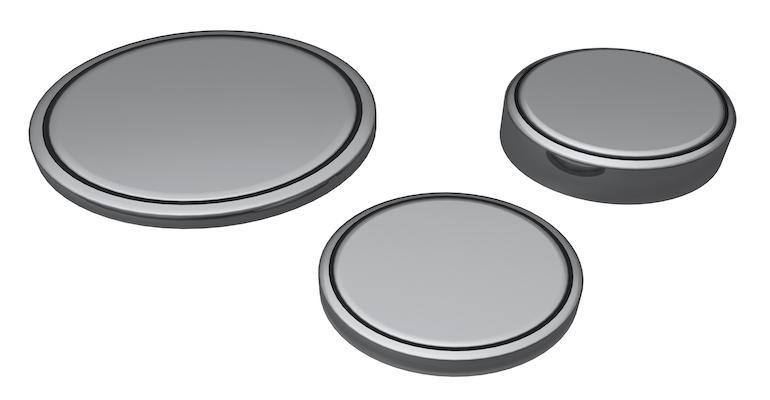 Researchers gained insights about the separator between the anode and cathode that can help create safer devices to power EVs.

Battery researchers are constantly trying to find clues about why lithium-ion batteries degrade to prevent catastrophic failure and generally improve the performance of future devices for myriad uses.

Some of the latest research to this end comes from the Department of Energy’s (DoE’s) Sandia National Laboratories, where researchers have taken the first nanoscale images ever recorded inside intact, lithium-metal coin batteries--known as button cells and typically used to power watches.

The work led by Sandia battery scientist Katie Harrison is aimed at creating safer high-performance batteries for EVs and challenges prevailing theories about why batteries fail, she said. The DoE team worked in collaboration with Thermo Fisher Scientific Inc., the University of Oregon, and Lawrence Berkeley National Laboratory.

Specifically, researchers gleaned insight about the plastic separator between the anode and the cathode, which is ground zero for battery failure due to the formation of spikes, or dendrites, that can poke through and cause a short circuit.

Related: Batteries That Charge in 5 Minutes? A New Imaging Technique Might Help

“We’re learning that we should be using separator materials tuned for lithium metal,” Harrison said in a press statement.

To record the process of degradation they hoped to get a better look at, researchers repeatedly charged and discharged lithium coin cells with the same high-intensity electric current that EVs need to charge. They used varying cycles—some cells only went through a few, while others went through more than 100.

The lab shipped the cells to Thermo Fisher Scientific for analysis and then reviewed them to see what happened under the hood of the coin cells, expecting to find lithium dendrites throughout the devices.

However, what they found in terms of how the plastic separator was perforated was a surprise. It was “completely shredded,” Harrison said, but not just by typical lithium spikes.

Additionally, a hard buildup formed as a byproduct—or solid electrolyte interphase--of the battery’s internal chemical reactions, they discovered. Every time the battery recharged, the interphase grew in size, capping the lithium and tearing holes in the separator that formed openings for metal deposits to spread and short-circuit the device, researchers said. The combination of dendrites and this byproduct turned out to be much more destructive than previously believed.

These observations will help researchers rethink their strategies for separator materials to create devices that don’t experience such dramatic degradation after many battery cycles, Harrison said.

Merely recording the images took some work in and of itself, researchers said. In fact, the research marks the first time the team could comprise analysis from various tools to study different battery components in one comprehensive image, said Katie Jungjohann, a Sandia nanoscale imaging scientist at the Center for Integrated Nanotechnologies.

For starters, determining how coin batteries in particular degrade is difficult because its stainless-steel casing acts as a barrier to limit what diagnostical imaging such as X-rays can see from the outside, researchers said. However, to remove parts of the cell destroys the batteries’ layers and obscures evidence of what’s inside, they said.

To perform their latest work, the team used a microscope that has a laser to mill through a battery’s outer casing, pairing it with a sample holder that keeps the cell’s liquid electrolyte frozen at temperatures between minus 148 and minus 184 degrees Fahrenheit.

With the laser, researchers created an opening just large enough to pass a narrow electron beam that bounced back onto a detector to deliver a high-resolution image of the guts of the battery with enough detail to distinguish the different materials, they said.

The team published the images they recorded in a paper in the journal ACS Energy Letters.

The original demonstration instrument for the imaging was built and still resides at a Thermo Fisher Scientific laboratory in Oregon. Since then, researchers have built an updated duplicate that will stay at Sandia to be used broadly to help troubleshoot other material failures among other uses, researchers said.