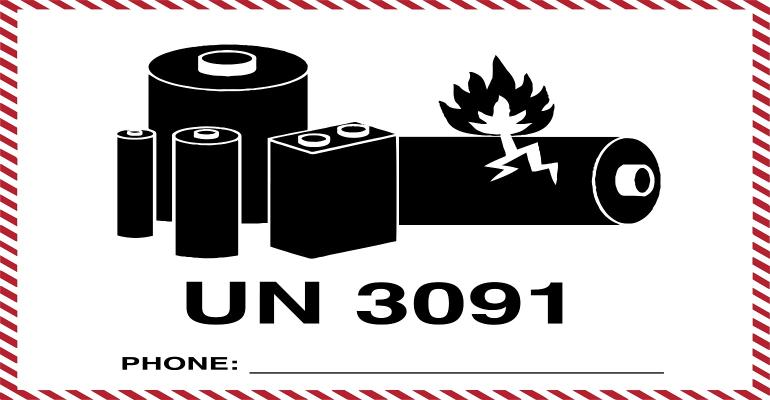 Rules and regulations are often the results of unforeseen and unexpected tragedies. They are an attempt to create a structure that mitigates danger and reduces the chances of similar disasters from happening again. This is especially true for regulations that cover lithium-ion batteries. The vast majority of rules and regulations that apply to these small energy powerhouses relate to their storage and shipment—the direct result of several tragedies that occurred over the decade in which lithium-ion batteries were becoming a commercial success. 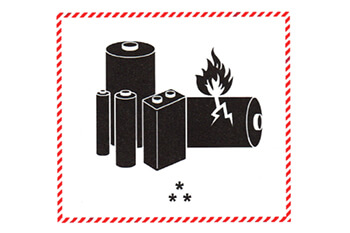 The new mandatory label for shipping lithium-ion batteries, instituted in 2019.

Lithium-ion batteries contain a metal oxide cathode (positive electrode) and carbon graphite anode (negative electrode), connected by an organic solvent electrolyte that permits the transfer of lithium ions during charging and discharging of the cell. The organic solvent used for the electrolyte is highly flammable. Lithium-ion batteries come in a variety of configurations including coin cells, pouches, cylindrical cells, and prismatic cells that are often square or rectangular.

Because lithium-ion batteries have a high energy density and can be charged and discharged thousands of times, they have become the popular choice for cell phones and personal electronic devices, laptop computers, electric tools, electric vehicles (EV), and even large scale utility grid storage, particularly for renewable energy systems. A variety of chemistries have been developed, often tailoring the cathode materials to specific applications and energy requirements.

The first commercial lithium-ion battery was developed by Sony in 1991, and the ability to carry high amounts of energy in a small package helped accelerate the growth of cell phones and personal electronic devices.

As lithium-ion batteries became more commonly used, it was becoming clear that they needed to be handled carefully, particularly while being shipped. In 1999, a pallet of lithium-ion batteries, totaling more than 120,000 cells caught fire at a Northwest Airlines cargo facility at Los Angeles International Airport. The pallets had been off-loaded from a passenger jet that had earlier arrived from Japan and had been tipped over during unloading. The fire started 3 hours and 40 minutes after the pallet had been unloaded from the aircraft.

In 2004 in Memphis, TN, a shipment of lithium-ion batteries caught fire while being loaded onto a FedEx aircraft with a destination of Paris, France. The shipment had been transported on a flight from Los Angles to Memphis, before loading onto the Paris-bound flight.

A Series of Recalls

Notebook computers became popular in the early 2000s and their high performance in a relatively small package created a need for more powerful batteries—a requirement that was met with lithium-ion batteries. In 2006, Sony recalled 9.6 million batteries made by the company, after a series of laptop fires. Sony attributed to faulty manufacturing that had contaminated cells with pieces of microscopic metal.

Also, in 2006, Dell recalled more than 4.1 million laptop computer batteries, and in 2007 computer maker Lenovo recalled 205,000 laptop batteries, while Nokia recalled 46 million cellular phone batteries. In each case, the recalls had been prompted by fires that were attributed to overheating or mishandled lithium-ion batteries.

In September 2010, UPS Flight 6 departed Dubai airport en-route to Cologne, Germany.  About 20 minutes into the flight, the crew received warning of an on-board fire and attempted to return to Dubai. The 747-cargo aircraft crashed with the loss of both pilots. An investigation found that the fire was caused by the autoignition of the contents of a cargo pallet, which had contained more than 81,000 lithium batteries and other combustible materials. 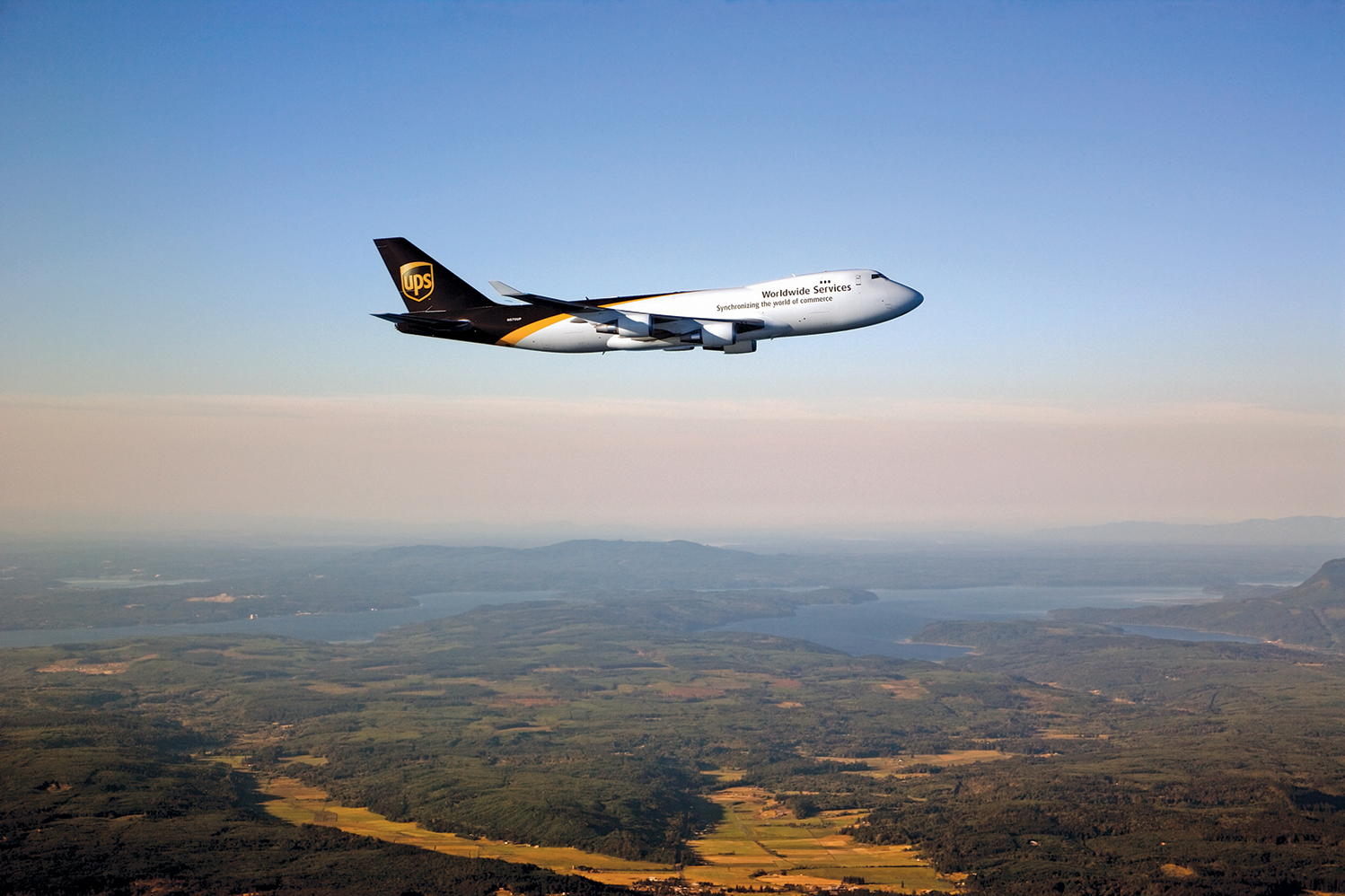 Two Boeing 747-cargo jetliners have crashed after onboard fires that were linked to shipments of lithium-ion batteries.

In July 2011, Asiana Airlines Flight 991, a 747-cargo aircraft on a flight from Seoul, Korea to Shanghai, China crashed into the sea off the Korean coast after reporting an on-board fire. Among the various types of cargo being carried was a shipment of 880 pounds of lithium-ion batteries. Both pilots were killed and the cockpit and flight recorders were never recovered, and a cause for the fire was not determined, but in 2012, the International Civil Aviation Organization considered applying new safety standards to the air carriage of lithium batteries as a result of this and the preceding crash of UPS Airlines Flight 6.

In 2016, Samsung recalled more than 2.5 million of its Galaxy Note 7 cell phones after several fires occurred. The Department of Transportation (DOT) ultimately prohibited individuals from flying with their Note 7 cell phones, noting in a directive, "Individuals who own or possess a Samsung Galaxy Note 7 device may not transport the device on their person, in carry-on baggage, or checked baggage on flights to, from, or within the United States." Samsun eventually traced the problems to overheating batteries and manufacturing issues.

The International Air Transport Association (IATA) estimates that over a billion lithium primary and lithium-ion secondary cells are flown each year. The IATA has had a leading role in the regulation of the shipping of lithium-ion batteries—in 2009 the Association produced a document defining the risks and limiting the circumstances under which the batteries could be transported by air. In 2010, The US Pipeline and Hazardous Materials Safety Administration (PHMSA), in coordination with the Federal Aviation Administration (FAA) further defined the dangers involved in shipping lithium-ion batteries.

In 2016, the United Nation’s International Civil Aviation Organization Shipments (ICAO) produced regulations that stated that lithium-ion batteries would be, “ FORBIDDEN from transport as cargo on passenger aircraft,” and that, “ These shipments must now have the “Cargo Aircraft Only” label in addition to existing hazard communication requirements and can only be offered to operators for carriage aboard cargo-only aircraft.” They also required that the batteries, “must be offered for transport at a state of charge not exceeding 30 percent of their rated capacity.”

Global shipping falls under a variety of jurisdictions and regulations but the FAA agreed with the ICAO’s regulations, writing in 2016 that shippers follow the regulations, and, “For those shipments and operations not subject to ICAO requirements, the Federal Aviation Administration (FAA) recommends that operators implement some or all of these provisions in order to eliminate or reduce the risk associated with the transport of lithium batteries.”

In 2019 the US DOT/PHMSA issued an interim final rule (IFR) to revise the Hazardous Materials Regulations (HMR) for lithium cells and batteries transported by aircraft.  In this revision, the USDOT/PHMSA harmonizes its HMR with the international regulations.  The rule codifies the following: 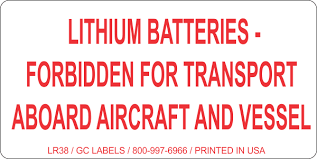 For individual passengers, devices containing lithium-ion batteries may be transported in checked baggage and spare batteries may be only transported in carry-on baggage. Batteries must be protected against short-circuiting—either they should be in their original protective packaging or, "by taping over the exposed terminals or placing each battery in a separate plastic bag or protective pouch." Power banks that are carried by passengers are considered spare batteries and must be individually protected from short-circuiting and carried in carry-on baggage only.

As important as lithium-ion batteries have become in our modern world, they will continue to be shipped, often by air. Cargo carriers have taken additional precautions with better fireproofing of aircraft cargo containers and hold and improved fire suppression systems. No system is ever 100% safe, but with more than 20 years of experience, the rules and regulations appear to have caught up with reality and promise to reduce the potential for further tragedy.