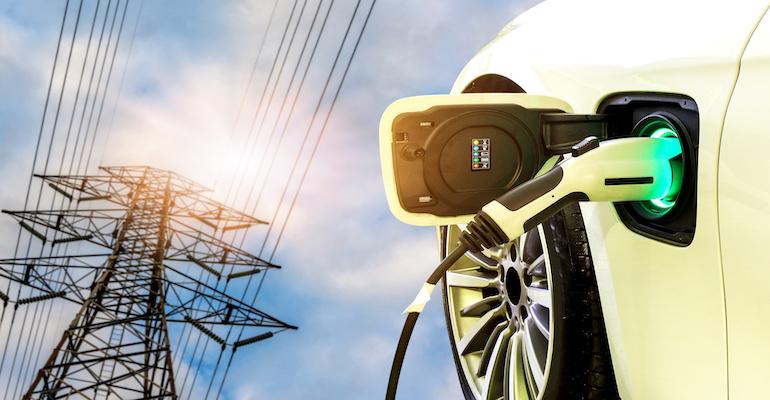 Start Slideshow ›
As the EV charging infrastructure in the US becomes a political football, the private sector has so far been carrying the load.

President Joe Biden has prioritized a national infrastructure project that is expected to cost more than $2 trillion. Of that $174 billion is dedicated to the development and adoption of electric vehicles (EVs), including money to retool factories, boost the domestic supply of materials, provide tax incentives for EV buyers, and create an EV charging infrastructure. The goal is to have at least 500,000 public EV chargers installed in the US by 2030.

Up until this point the development of EV charge ng networks in the US has been accomplished by the private sector and with EVs only accounting for around 2 percent of the total vehicle market, the demand for chargers has been met. But with the EV market set to expand rapidly in the coming decade, the need for coast-to-coast charging infrastructure is nearly upon us.

AlixPartners has estimated that “$300 billion will be needed to build out a global charging network to accommodate the expected growth of EVs by 2030, including $50 billion in the U.S. alone.” Much of this network will be based on Level 3 DC fast charging that can recharge an EV in less than 30 minutes, making long-distance travel possible using an EV.  Costs for Level 3 chargers cost $120,00 to $260,000 installed on average, according to AlixPartners.

So far Tesla has been the only EV maker that has wanted to build its own charging network—and it can be argued that when they did so the lack of any other charging infrastructure made the move imperative to help sell Tesla cars. GM, Ford, and Volkswagen are pushing their EV programs, but thus far have preferred to make arrangements with EV charging companies like ChargePoint, EVgo, and Electrify America to convince buyers that an EV is a practical choice.

Here are eight EV charging companies that are the major players in the US at present. It is hard to say which of them will survive through the next decade and whether some will combine with others as the EV market continues to evolve.