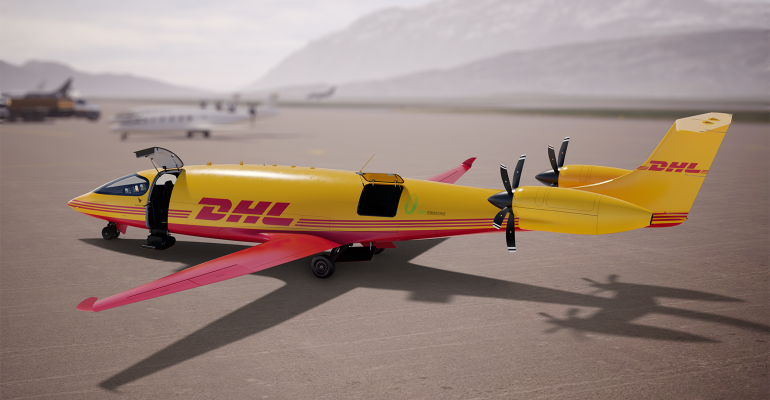 As the auto industry continues its massive overhaul to electric vehicles, other areas of transportation are following suit. The exploration into battery-powered aircraft, as one example, is truly getting underway.

One of the leaders in this field has been the US-based company Eviation Aircraft, which has recently begun fielding preorders from customers looking to be at the forefront of this sustainable revolution. In late August, German shipping giant DHL made big industry headlines when they ordered 12 aircraft from Eviation, which they are planning to insert into their regional shipping routes in the United States.

In this article, we’ll look at Eviation’s technology, DHL’s goals, and the potential impact on the industry.

Currently, most of the regional flights being targeted by DHL are flown by planes with piston or turbine engines. Piston propellor engines come in a wide range of sizes and are commonly found in smaller planes. Most large propellor planes use turbine engines, including the ATR-42, the twin propellor model that DHL presently deploys on these routes. This model of aircraft in a cargo configuration can carry a payload of up to 5500 kilograms, packages and passengers included.

Looking under the hood of Eviation’s planes, on the other hand, one can expect to find a unique system that combines lithium-ion battery packs with electric engines. Specifically, Eviation’s Alice model is equipped with two magni650 electric propulsion engines from Australian company magniX, each rated at 640 kW and capable of pumping out 850 shaft horsepower (SHP). With each weighing 200 kg, this is much lighter than the current internal combustion turbine engines.

On the battery side, to power these engines, Alice employs 900 kWh lithium-ion battery packs. With this current configuration, 30 minutes of charging is required for an hour of flight time. It takes 70 minutes for a full charge and gives about 2 hours and 40 minutes of flight time at the upper limit. This limitation gives the aircraft a maximum range of 815 km. 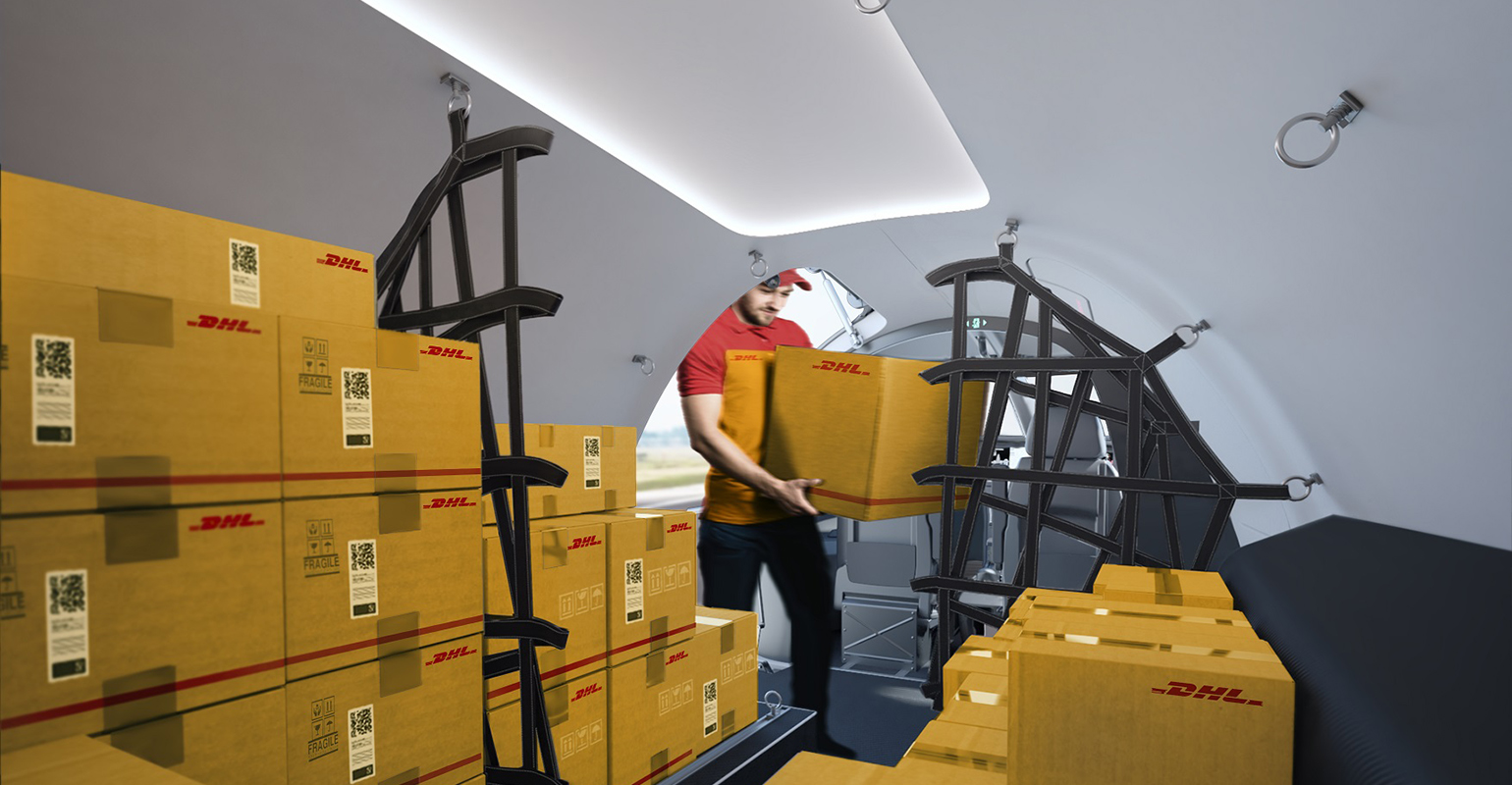 Illustration of the Eviation Alice cargo hold. The all-electric's payload capacity is 1200 kg.

As always when talking about things electric, there are pluses and minuses. On one hand, the Alice aircraft has a payload capacity of 1200 kg, a number which is admittedly much smaller than the ATR-42 it will be replacing. On the other hand, the cost of electricity is much lower than the cost of liquid fuel, and, naturally, the carbon emissions per flight will be significantly reduced, especially if powered by renewable energy sources.

One of the major drivers of DHL’s push for sustainability has been the company’s promise of lowering emissions by 2030 in accordance with the Paris Climate Agreement, with an ultimate goal of zero-emissions.

If the 12 aircraft experiment by DHL goes according to plan, the case can be made for having more frequent regional flights that have cheaper recharging costs than internal combustion engine planes and release zero emissions.

With the increased frequency of online shopping and the desire for same-day and next-day shipping, fulfillment centers are being built all over the country by companies like Amazon to meet demand. This means that packages will travel a shorter distance to their destination and logistics companies can take advantage of more regional flight paths.

Eviation Executive Chairman Roei Ganzarski remarked that “Alice is enabling DHL to establish a clean, quiet and low-cost operation that will open up greater opportunities for more communities.” This is a big step for DHL toward its sustainability goals.

Though not a one-to-one replacement for the current turbine engine planes that are used for regional cargo shipping, the Alice hopes to begin flying in 2024 and makes a great case for electrification in the aviation industry. Low operating costs and quiet, zero-emission planes will be sure to catch the eye of other large airlines. This is yet another solution to help decrease carbon emissions to meet international goals by 2030.