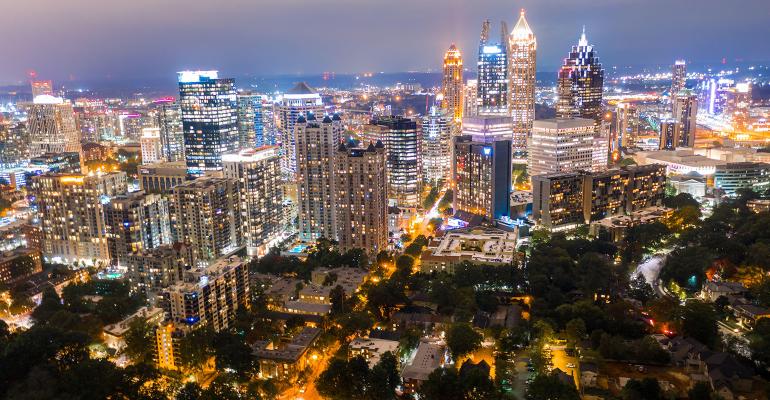 The Atlanta skyline. Iron-air batteries are part of a 2022 pilot project supporting the Georgia Power grid.
How government and university research labs and companies are advancing new energy-storage technologies, including lithium-sulfur, solid-state, silicon-anode, and metal-air batteries.

Greg Less, Ph.D., technical director of the battery research facility University of Michigan Battery Lab, established in 2015 in cooperation with the Michigan Economic Development Commission and Ford Motor Company, does not view the battery world in strengths, weaknesses, threats, or opportunities, but in nearly universal urgencies in access: “From production equipment, access to materials, workforce training, and knowledge itself, there’s a backlog for everything. Everyone is pivoting to batteries at the same time.”

Research, pilot-line capability, and access to expanding public-private partnerships underline the need for battery labs like Michigan’s. Offering more than 9,000 square feet of research space, the U-M Battery Lab comprises a pilot line for pouch and cylindrical cells, an R&D pouch cell line, coin cell fabrication, electrochemical cycling, abuse testing, and a full suite of material characterization tools. The lab is available for any firm or researcher to use and is a safe zone for IP-protected discovery, scale-up, and testing of next-generation batteries and battery materials.

What battery labs such as Michigan’s are pressed to do can generally be divided into two categories: Much of the work is in optimizing the quality and design of lithium-ion batteries as we now know them. But much other work is being done to develop new battery technologies that go beyond the standard lithium-ion model—and indeed, beyond lithium itself.

Though highly useful and still growing in passenger-car applications, lithium-ion batteries are not the perfect power source. They are not cheap to produce, dependent on increasingly scarce materials, require extra physical protection to maintain safe operations, and have limits to how long they can last. All this is prompting much research on “beyond lithium” solutions. 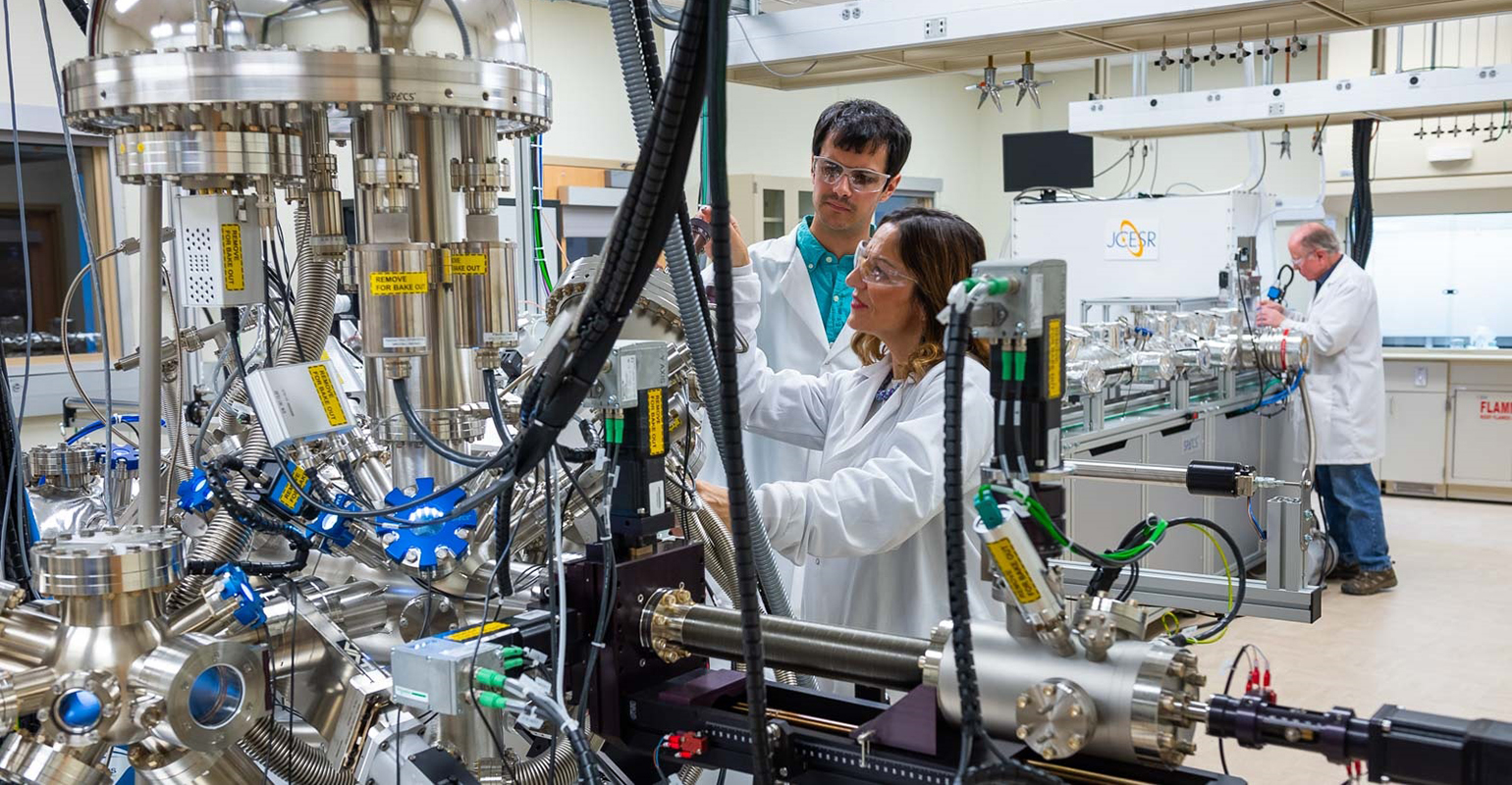 One agency in the effort is the Joint Center for Energy Storage Research (JCESR, or as staff pronounces it, “J-Caesar”), a US Department of Energy (DoE) Innovation Hub at Argonne National Laboratory, located southwest of Chicago.

In transportation, lithium-sulfur (Li-S) batteries, are a beyond lithium-ion technology showing great potential, according to JCESR. Due to their chemistry and the fact that sulfur is cheap and more abundant than other commonly used cathode materials (such as cobalt, nickel and manganese), Li-S batteries could store more energy at a cost lower than conventional lithium-ion technologies. However, today, when a Li-S battery is discharged, unintended reactions can occur that cause materials known as polysulfides to accumulate in the battery, shortening cycle life.

JCESR scientists have developed materials and processes to address this and other challenges limiting the development of Li-S technologies. Their intellectual property includes patents for binding materials to prevent polysulfide material from diffusing throughout the battery, as well as for making cathodes made of sulfur.

The state of solid-state

Amid the push to extend the life of electric vehicles, scientists around the world are also studying solid-state batteries. U-M Battery Lab’s Greg Less calls it a cutting-edge issue. “It’s a big umbrella covering many battery types,” he says, “but we’re still dealing with plenty of material and chemistry fundamentals before a scale-up solution is reached.”

Despite their potential, these batteries tend to form long, branching needles of lithium, called dendrites, which limit battery life span and safety. Among their intellectual property, JCESR researchers have a patented coating for their anodes that can suppress dendrite formation. Additionally, they’ve developed novel processes and battery designs for enhancing their efficiency and extending their life cycle.

Energy density in batteries is an important issue as battery research continues. While industry-changing investments continue to be made supporting lithium-ion batteries in passenger cars, more energy is needed for trucks and buses, rail, passenger aircraft, marine shipping and other commercial transport if a decarbonized future is reachable. 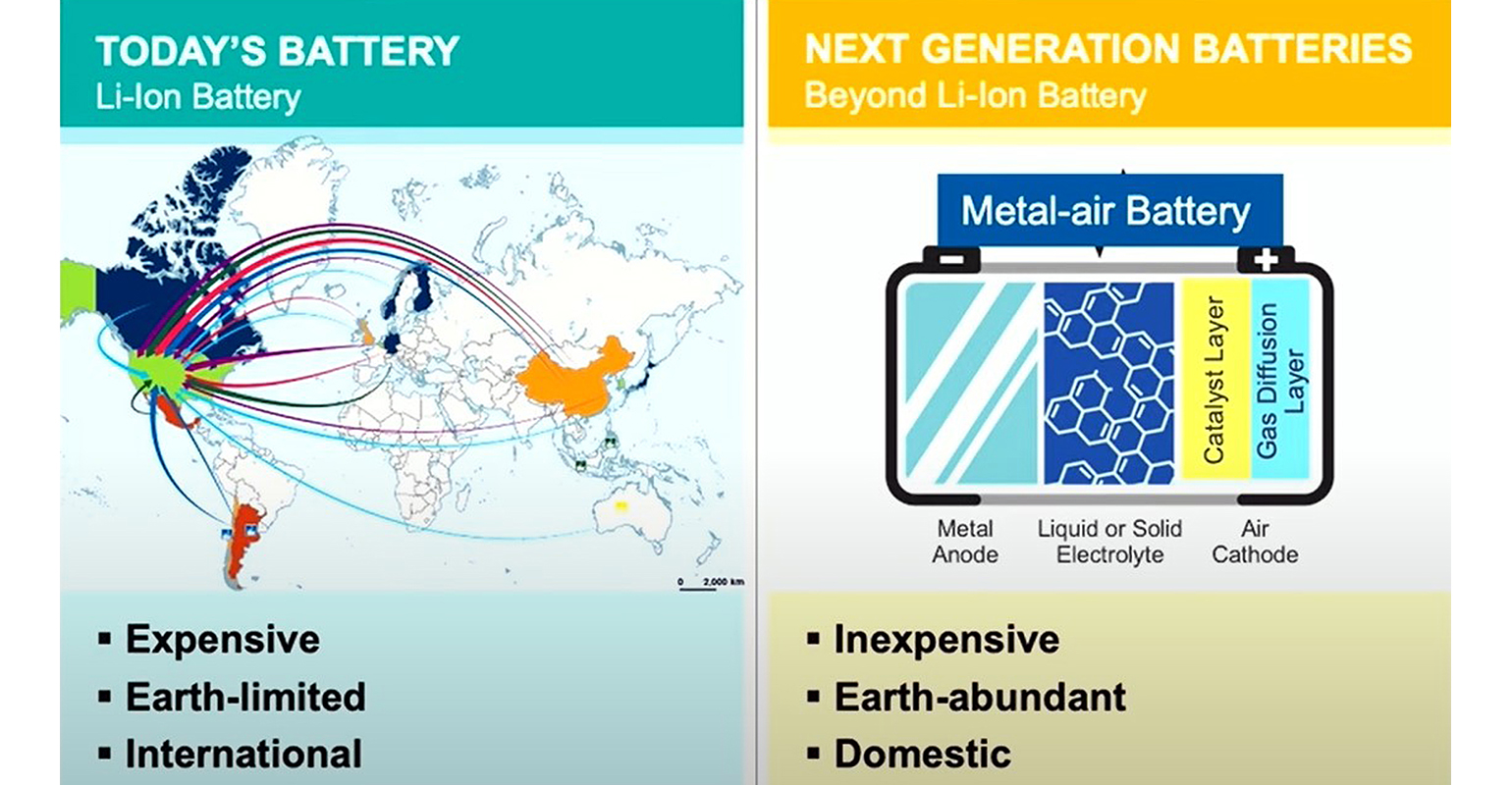 In the energy grid space, Form Energy, an Argonne National Lab spinoff, earlier this year announced a pilot project with Georgia Power incorporating the company’s iron-oxygen battery design for grid storage. Conventional lithium-ion batteries can discharge at full power for four hours. Form Energy’s offering is much more energy-dense, able to discharge at full power for four days. This makes power grids based on renewables much more secure in the event of weather events or other drains on the system.

Fremont, CA-based Amprius Technologies credits advancements in silicon-based anode engineering and the potential of solid-state batteries as providing a clear path toward full electrification of the aerospace and aviation industries. Its silicon nanowire-anode batteries, currently at up to 450 Wh/kg, can substantially improve the performance of aircrafts and drones. When compared to competing technologies commercially available today, Amprius’ batteries can nearly double the flight times of Unmanned Aircraft Systems (UAS) or improve performance, communications, and high-resolution imaging in High-Altitude Pseudo Satellites (HAPS).

Editor’s note: This is Part 2 of our series on The Brave New Battery World. Part 1 is here; the white-hot battery-production scene powered by billion-dollar budgets will be featured in Part 3.