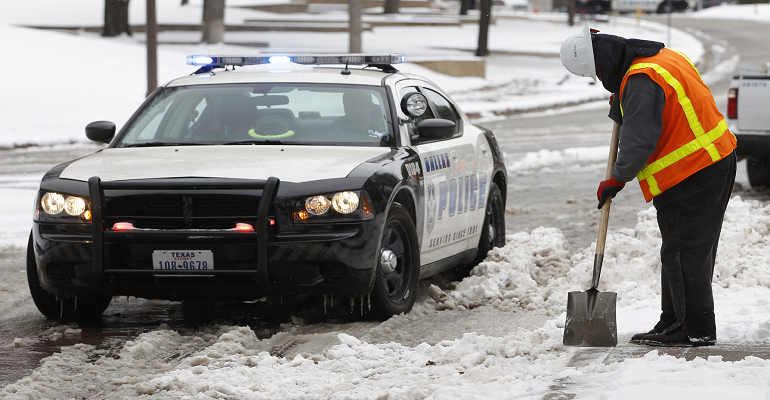 Battery energy storage has proven itself as an important part of the future of power grids. Already, lithium-ion batteries sized a megawatt-hour (MW) or greater are in use to help flatten peak load requirements during summer months in places like California and Arizona. As battery storage capacity grows and battery pricing comes down, can lithium-ion batteries play even a larger role in stabilizing electrical power grids during times of unexpected or unprecedented demand?

In mid-February, Texas experienced an unusually intense and prolonged period of cold weather. Due to a variety of factors involving a lack of winterization of the Texas power grid, natural gas wells and pipelines, power plants, and wind turbines, the grid suffered rolling blackouts and power outages that affected millions of residents across the state. There has been a lot of finger-pointing and accusations have become highly politicized as to the root causes and inadequate response to the crisis, none of which will be addressed in this story. Instead, we wondered how a large battery grid storage system might have been able to reduce the severity of the problem.

First, it should be noted that Texas does use battery energy storage as part of its power grid system. ERCOT (Electric Reliability Council of Texas), which manages the Texas power grid, had over 400 MW of battery storage in 2020 and expects to triple that to over 1.2 gigawatts (1,200 MW) in 2021. Many of the ERCOT battery projects under development are being co-located with solar facilities since batteries can store power during the day and return it at night. Batteries are also used by ERCOT to store wind power that is produced during off-peak hours.

According to an ERCOT news release, batteries may be a significant future resource—they are scalable and can be installed on the transmission or distribution grid, or at an end-use consumer’s property. Batteries also can help improve system reliability since they are fast responding resources that can be strategically located and deployed during peak demand periods. Batteries can serve multiple functions in ERCOT:

Can Batteries Do More?

Storing renewable energy and providing peaking capability are the traditional roles for grid-level battery storage, but can they do even more in a crisis? To examine this question Battery Technology spoke with Paul Denholm, Principal Energy Analyst at the National Renewable Energy Laboratory (NREL). Denholm is part of an NREL team publishing “Storage Futures Study (SFS)” analyzing the potentially fundamental role of energy storage in maintaining a resilient, flexible electrical grid through the year 2050. The first SFS report was issued in January 2021.

According to Denholm, “When we look at the classical summertime issues, and California was a perfect example this summer, batteries work really well to meet those summertime peaks. People start cranking up their air conditioner at 3 or 4 pm, and it starts to cool down at 8-9 pm, and you have that 4-6 hour window which is very predictable, very well-understood for summer peaking systems—batteries with 4-6 hours of capacity work really well.”

According to Denholm, it’s important to be able to predict how long those peaks will last. “It’s the duration,” he told us. “When you put in a one-megawatt battery, in California or Arizona, or most of the time in Texas, you know that you put in a one-megawatt battery with 4-6 hours of duration, you know that during that hot summer peak, you can expect to clip that peak for that full one megawatt. Basically, a megawatt battery in the summer will give you a full resource contribution equal to that one megawatt. “

But wintertime has a different timeline. “The challenge is that a winter peaking event, might last more than 4-6 hours, so we may need to derate the battery, to make sure that it can ride through that entire event and wait for the demand to drop off a little bit as it warms in the afternoon,” said Denholm. “So, it’s really a matter of how long do these peak events last? How long will it stay cold? How long will people crank those electric heaters? That’s the real question and since we don’t have a lot of other experience with winter peaking systems in the South, we just don’t have good sense for what kind of battery durations might be needed.”

If the weather takes an unexpected turn, as it did in Texas in February? “When you are faced with unprecedented events, it’s a little difficult to model and think about those,” he added.

We asked Denholm if places with very cold winters, like Minnesota, North Dakota, and Montana provide a good model for the cold snap in Texas.

“There are a number of problems with just extrapolating from those places,” he told us. “One is that those systems typically have a lot more gas or oil heating. One of the problems with understanding what is happening in the south is a lot of places in the south don’t have natural gas heating because, why bother? In Colorado, for example, heating is needed from October to May, so it makes a lot of sense to have homes with natural gas heating.”

“If it’s only going to be cold a week during the year, why would you bother with the expense of piping natural gas to a house. Florida is a perfect example: They don’t have natural gas heat because it doesn’t get cold there. Places in the South rely a lot more on electric heating,” he said.

If everything had worked as it should have, would batteries have been a part of the grid response?

“It may be that if the power plants were operating properly if you look at the demand, you might have had the situation where the demand peak came in the morning when people got up and turned their heaters on,” said Denholm. “So, you have a two or three-hour window where people used their heater, then maybe it warms up a little bit and you get a pause (in demand), and then maybe you get another evening peak. We see this in Washington State. Washington State is probably the best example of a winter peaking system that might be applicable. They have that dual peaking thing going on in winter, that may be the best model. Of course, we are just speculating until we see the data…”

ERCOT had a lot of compounding things going on, including lack of winterization of the power plants, so it’s difficult to say whether batteries would be useful for this type of event. “It’s a little bit harder to understand how much batteries would have been able to contribute during the ERCOT event. Batteries will help, they won’t hurt, but the real question is whether or not they will help as much during winter, and in winter peaking systems, as they do in summer peaking systems. “

ERCOT reported that during the cold weather crisis in February, 34,000 MW of generation capacity was forced offline, of the 82,000 MW that was expected. Remember, Texas has about 400 MW of battery storage capacity currently installed. Clearly, it would be almost impossible to install enough 1 MW lithium-ion batteries to make up the generation shortfall for any usable period of time. In addition, as Denholm points out, “Storage doesn’t produce energy” so there would still be a need to generate enough electricity via thermal, nuclear, or renewables to recharge the batteries, even if you had enough to keep the grid going. “You still need that energy resource,” he added.

What about the future?

“Lithium-ion battery costs keep coming down and they are very well suited to these 4-6 hour applications,” said Denholm. “In today’s systems, batteries slot really well into that 4-6 hour peak, but it’s kind of not very cost-effective to go much longer than that under today’s conditions.”