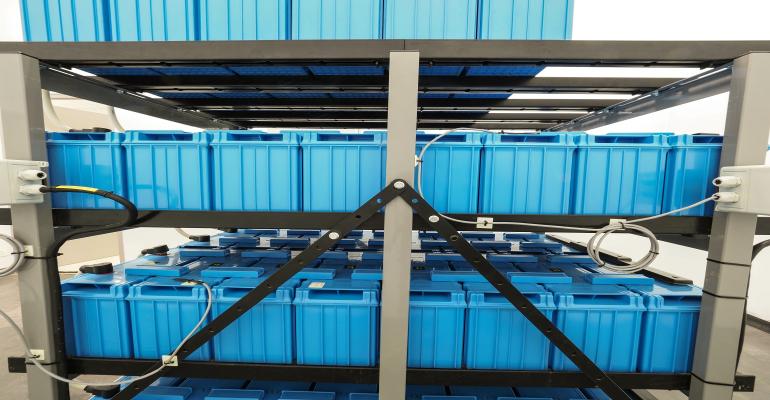 Lithium-ion batteries have real advantages over most other portable electrical power sources when it comes to weight and power density. For this reason, they have become the battery chemistry of choice when power to weight matters in applications such as cell phones, laptop computers, portable electronic devices, and electric vehicles (EVs). Other industrial applications that need battery power, particularly stationary systems, are now beginning to switch away from traditional lead-acid batteries to lithium-ion battery systems. 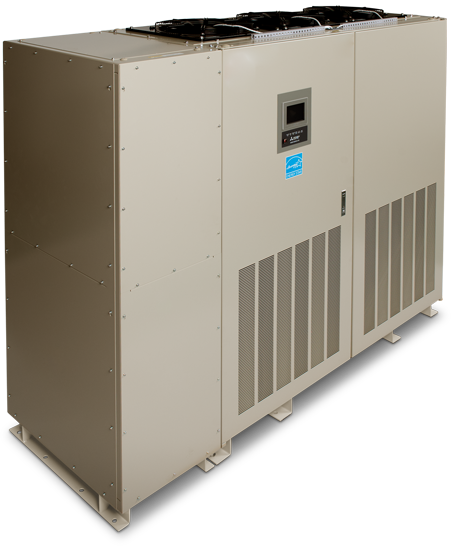 Mitsubishi Electric is one maker of lithium-ion battery-powered uninterruptable power supplies with 1 to 5-megawatt load ranges that are used by data centers and server farms.

One of the biggest applications for stationary batteries is their use as a backup power system. This can be as straightforward as an uninterruptable power supply (UPS) for a desktop computer. It can be banks of batteries that provide emergency power to computer servers and data systems. Or it can be the massive battery systems that store renewable energy and provide grid support to electric utilities.

The three most important factors in emergency power backup are reliability, cost, and longevity. For many years, lead-acid batteries, not too different from those used as starting batteries in road vehicles, were found in most UPS and backup power systems. They could easily meet the reliability and cost requirements and were considered to have an acceptably long service life of up to around 200-500 charge and discharge cycles. The primary objection to lithium-ion batteries had been their relatively high cost. A decade ago, a kilowatt-hour (kWh) of lithium-ion battery capacity cost about $1,200. The big push to bring down the battery costs in EVs has moved that per kWh cost down today to between $100 and $150 per kWh.

Lithium-ion also has a much longer cycle life than lead-acid—as many as 2,000 up to 5,000 charge and discharge cycles. This has several implications. Although the lithium-ion batteries still cost more to purchase initially, they can last at least 2-3 times longer than a lead-acid battery. That also reduces the maintenance costs associated with replacing worn-out batteries. Instead of lasting 3-5 years of a lead-acid battery lifetime, lithium-ion batteries can last 8-15 years, which could possibly be the entire lifetime of the UPS or power supply system.

Replacing existing lead-acid batteries with lithium-ion cells isn’t exactly straightforward. Where lead-acid batteries are robust and tolerant of significant abuse and deep cycling, for maximum longevity lithium-ion batteries should never be discharged below about 20% of their capacity and should also be limited in their charging rate for the last 10% of their charging. To best control the charging and discharging of lithium-ion cells, a battery management system (BMS) should be used to monitor the state of charge and cell temperature and to keep the individual cells in balance with each of the other cells in the battery pack. Failure to do so can not only reduce the pack life, but it can also result in damage to the pack or even a situation where cells can overheat and catch fire.

The choice of lithium-ion chemistry for stationary and industrial use is often different than the higher energy density required for portable electronic equipment and EVs. High energy density lithium-ion batteries typically use nickel-oxide based cathodes that often include some amount of cobalt to help stabilize the structure. These are relatively expensive materials, and the battery cell can become unstable if charging or discharging precautions are not observed. A more stable, but less energy-dense cathode can be made using iron phosphate (lithium iron phosphate, or LFP). LFP cathodes also are made from much less expensive raw materials, reducing overall cost. LFP is generally considered to be the “safest” choice for a lithium-ion cathode battery chemistry.

The lower weight and high energy density of lithium-ion batteries do provide significant logistical advantages in UPS applications. Because the batteries weigh 40-60% less they are easier to install than heavier lead-acid cells. This can also reduce costs because reinforcement of flooring structures in a data center might not be required with the lithium choice. They also are 40% smaller in size for the same energy output, a factor which is becoming significant when floor-space is limited in server farms or computer data facilities.

As with any technology transition, the usage of traditional lead-acid batteries in UPS systems won’t disappear completely. Some systems require shorter-term energy storage where the longer cycle life of lithium-ion batteries isn’t necessary, and the reduced cost of lead-acid will make them attractive. But the handwriting is on the wall and the lithium-ion solution has a bright future.