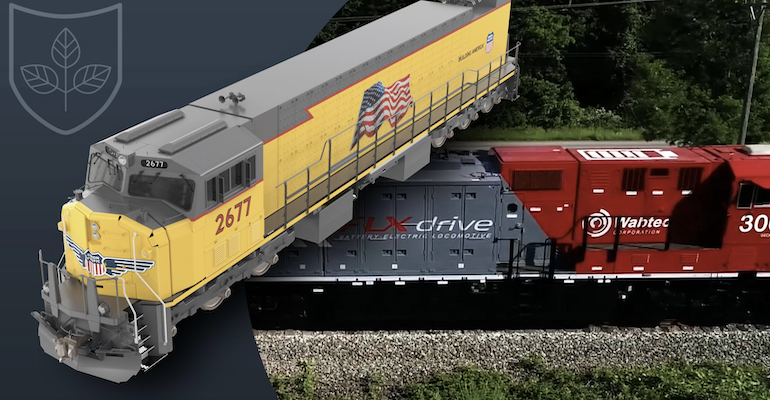 Union Pacific Railroad will be purchasing 20 battery-electric locomotives for testing in yard operations. The purchase of the locomotives and upgrades to yard infrastructure to charge and maintain the units is expected to exceed $100 million. The locomotives will be acquired from Progress Rail, a Caterpillar company, and Wabtec Corporation. These are two companies that are at the forefront of locomotive innovation. Earlier this year, mining giant Rio Tinto ordered four Wabtec battery-electric locomotives to support the company’s rail network in its iron mining operations in the Pilbara region of Western Australia.

The 20 locomotives purchased by Union Pacific will make up the world’s largest carrier-owned battery-electric locomotive fleet in freight service. “We’re committed to actions that reduce Union Pacific’s environmental footprint as we work toward our ultimate goal of reaching net-zero emissions by 2050,” said Lance Fritz, Chairman, President, and CEO of Union Pacific in a company news release. “These investments will contribute to further developing this important technology and providing industry-wide benefits.”

Union Pacific says that it anticipates the first units will arrive on-site in late 2023 with complete delivery by late 2024. The locomotives will be used in rail yards in California and Nebraska, where they will be tested for performance in cold and warm weather, helping identify the locomotives’ capabilities and challenges for broader deployment.

Union Pacific is collaborating with community partners. The Port of Los Angeles, which recently received a Diesel Emission Reduction Act (DERA) grant from the U.S. Environmental Protection Agency, awarded Union Pacific a subaward that will partially cover the cost of one battery-electric locomotive.

“Our work with the Port of Los Angeles will help us cut emissions in the South Coast Air Basin, which includes four counties in Southern California,” said Beth Whited, executive vice president, and chief human resource officer, who oversees Union Pacific’s ESG efforts. “This work also will help our customers realize the benefit of moving goods by rail, reducing emissions by up to 75 percent.”