Batteries That Charge in 5 Minutes? A New Imaging Technique Might Help 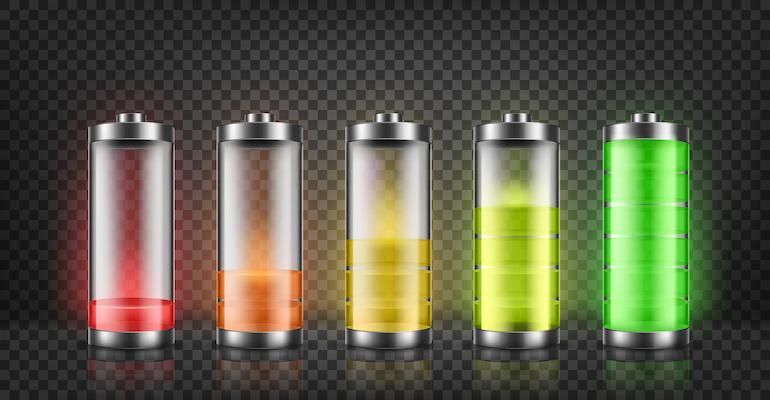 Researchers can use this inexpensive method to observe the internal processes of devices to find and create solutions for charge limitations.

One of the biggest drawbacks to current lithium-ion batteries is their inability to charge at a rapid pace, something researchers have been working to solve for some time.

Now a team from the University of Cambridge has devised a way to peer under the hood of batteries to find solutions to this problem. Using it, they have identified some of the reasons for it that, if they can be addressed, can lead to batteries that charge in as little as five minutes, they said.

A team led by Akshay Rao from the university’s Cavendish Laboratory developed an optical microscopy technique called interferometric scattering microscopy to observe the internal processes of a battery at work. Specifically, researchers used the technique to observe individual particles of lithium cobalt oxide (LCO) charging and discharging by measuring the amount of scattered light.

Previously, to observe this process in real-time, researchers required sophisticated synchrotron X-ray or electron microscopy techniques, which are time-consuming and expensive, they said. Indeed, to fully observe the phenomenon, researchers need to observe batteries charging and discharging over several hours while at the same capture extremely fast processes that are happening inside the battery, they said.

“To make better batteries out of new materials, and to improve the batteries we’re already using, we need to understand what’s going on inside them,” Christoph Schnedermann from Cambridge’s Cavendish Laboratory, said in a press statement.

Using the technique they developed, researchers observed LCO in a battery undergoing a series of phase transitions during the charge-discharge cycle. Specifically, they discovered that the phase boundaries within the LCO particles move and change as lithium ions go in and out. Moreover, this moving boundary also changes depending on whether the battery is charging or discharging, researchers said.

The team discovered that there are different speeds for lithium-ion batteries during these opposing charge processes that depend on different variables, Rao explained.

If scientists can learn how to control these two scenarios, they can create lithium-ion batteries that charge much faster, Schnedermann said.

“This technique lets us see just how fast it might be able to go through a charge-discharge cycle,” he said in a press statement. “What we’re really looking forward to is using the technique to study next-generation battery materials -- we can use what we learned about LCO to develop new materials.”

The method is a general way to observe ion dynamics in solid-state materials, which means it can be used not only in lithium-ion batteries but also those made of other materials, researchers said.

Moreover, the method allows researchers to sample numerous particles across the entire electrode, so as they advance their work, they can use it for further exploration of what happens when batteries fail and how to prevent it, they said.

“The fact that we can actually see these phase boundaries changing in real time was really surprising,” Schnedermann said in a press statement. “This technique could be an important piece of the puzzle in the development of next-generation batteries.”

Will Hydrogen-Powered Cars Finally be Possible Thanks to a New Set of Tools?
Jul 01, 2021