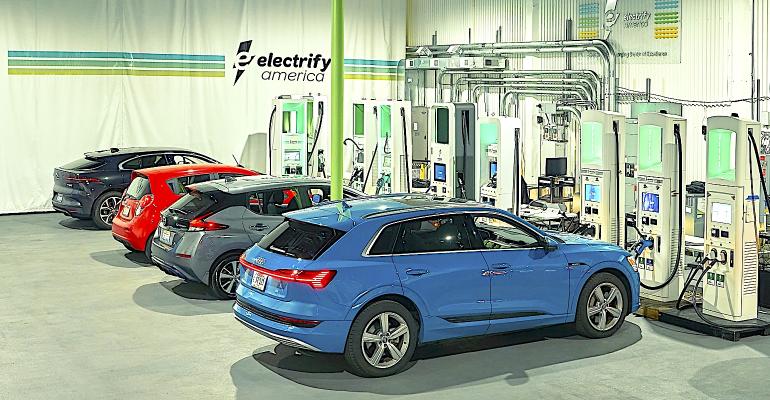 Compatibility is the key feature of electric vehicle charging networks, so Electrify America has launched a lab at its Reston, Virginia headquarters that it has dubbed its “Center of Excellence” to test the compatibility of its chargers with vehicles from the spectrum of EV makers.

The lab also works to boost charging speed and convenience, which are two more important aspects of the EV driving experience.

The lab lists its three key achievements so far as:

Aggressive testing is important for a public charging network like Electrify America, because unlike Tesla’s captive Supercharger network, the Electrify America network must work with vehicles from all EV manufacturers. 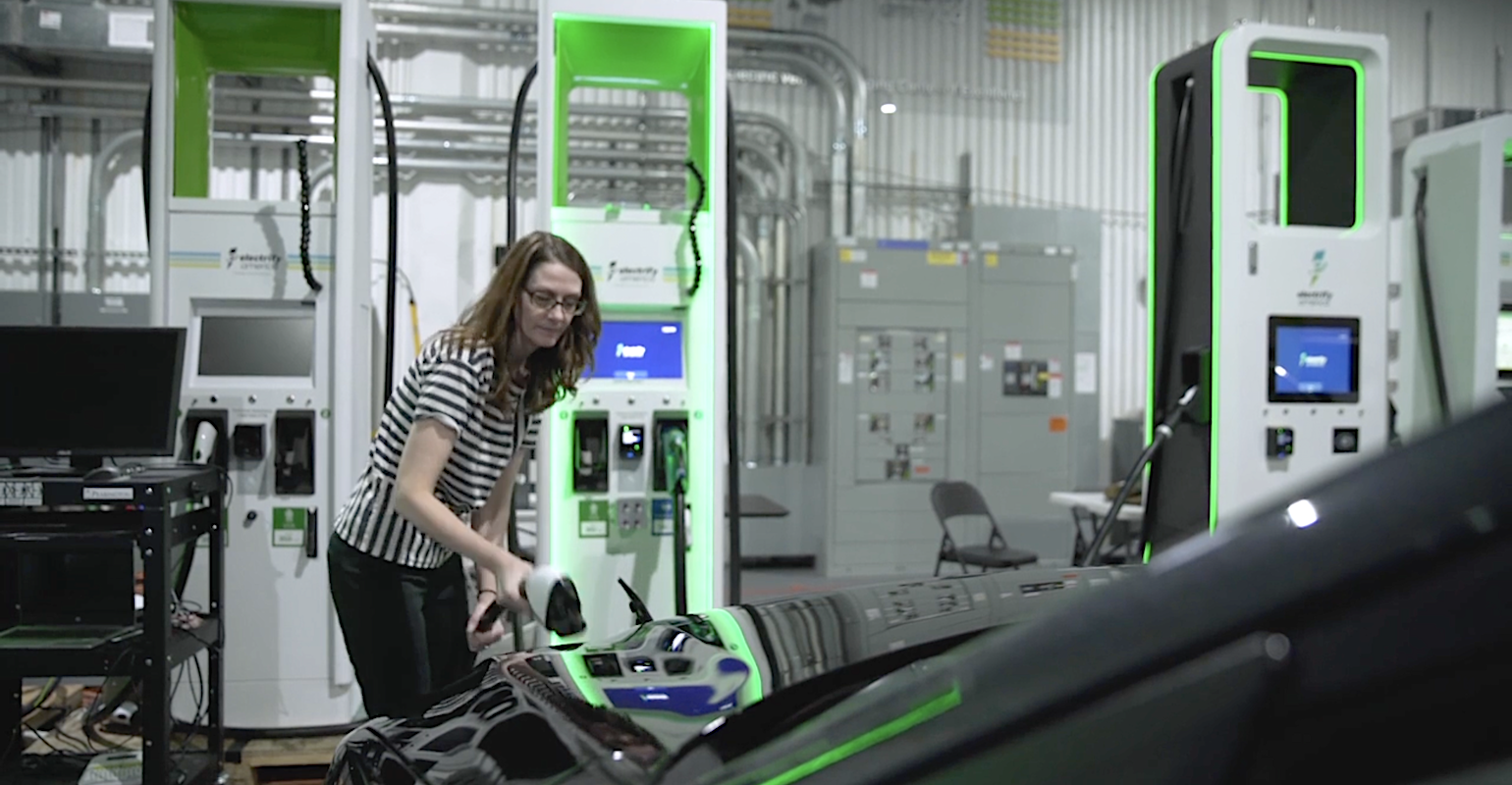 An engineer plugs in a test vehicle in the Electrify America Center of Excellence.

Incompatibility can manifest itself in a range of ways beyond not charging. A vehicle might charge, but at a much slower rate than it should. Or the vehicle might not realize that the charging is complete and fail to release the connector, as has happened with Audi vehicles.

“We’re an open network,” observed Matt Raba, Electrify America’s software development lead. “We want to work with every vehicle out there and make sure that experience is harmonized.”

It is also important to ensure that the chargers are easy to use, so customers don’t struggle with details like the interface or the payment system. “The goal of what the teams do is to make sure that the customer experience is very simple,” he explained. “That’s a tremendous amount of software development, and coding, and testing on the manufacturers’ side. It is very complex to produce such a simple experience.”

One way to make the charger easier to use is to remove interaction with its controls from the charging transaction. “The mobile app gives the customer another option [to interecting with the charger’s interface],” said Raba. “Download the app, you pull up to a charging station, plug in your vehicle, swipe to start and away you go.” 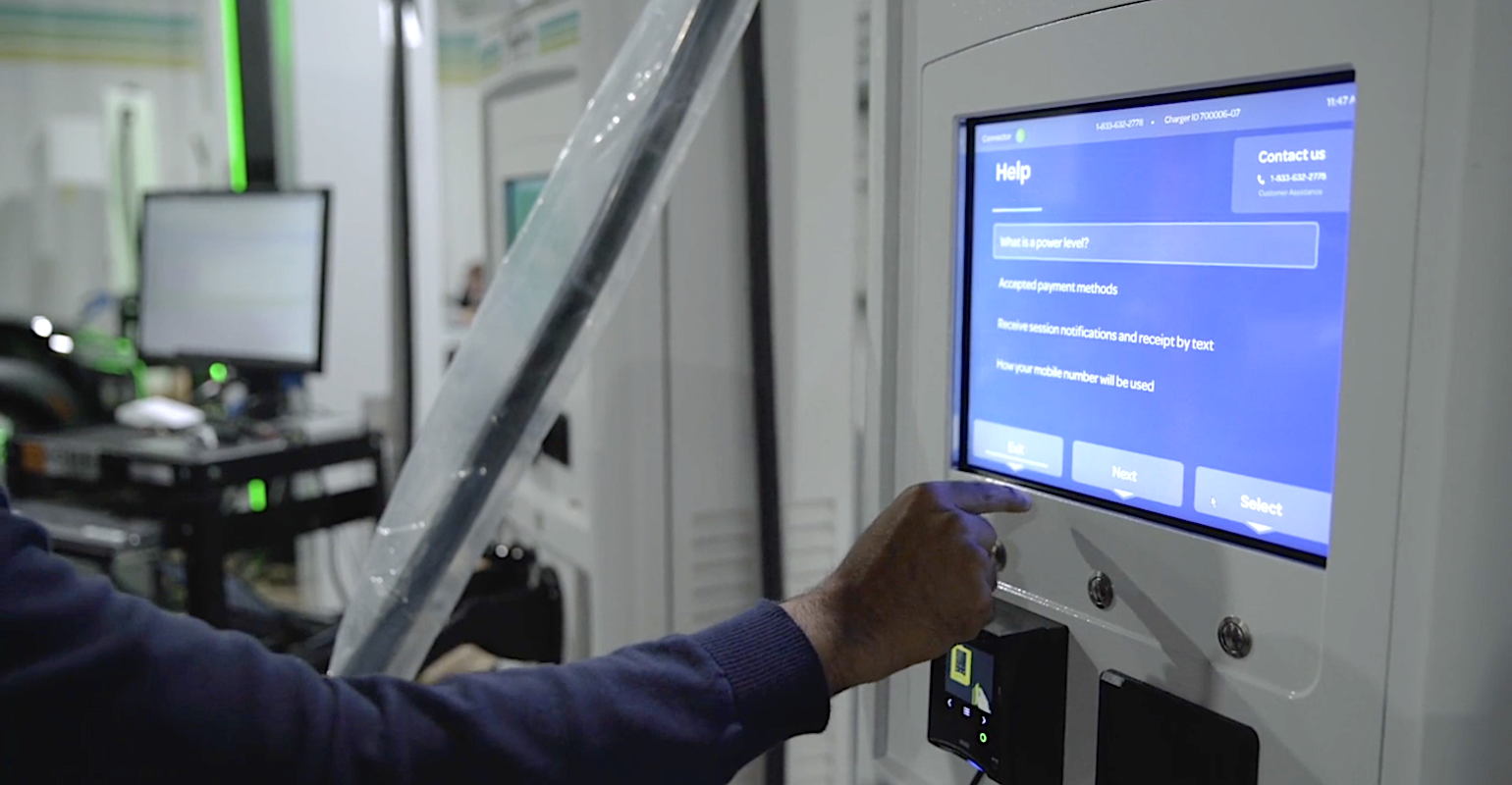 That sounds pretty simple, but even better is Electrify America’s Plug & Charge system. To use this, a driver must have an account set up with the company. But once that is done, charging a car couldn’t be simpler. “An EV owner can drive up to the charging station and plug in,” Raba said. “The charger knows the car, it knows the account that is associated with the vehicle, and it just starts charging. To get to that we are working with manufacturers to get this new generation of chargers, this new round of software.”

The work requires a cast of, well, if not thousands, many people. “The team at the center of excellence is a group of engineers, test engineers, software engineers, hardware engineers, and electric vehicle interoperability specialists,” reported Philipp Retsch, Electrify America’s manager of charging technology. “They work jointly on new products, apps, and our back end and all the ancillary systems that are important for electric vehicle charging.”

On top of all of this user-friendly software, even the charger’s hardware can be improved to ensure ease of use. An example is the heft of the charging cable, which could get unwieldy for high-current DC fast chargers, Retsch pointed out. “To charge a vehicle fast you need to push a lot of current. You are pushing up to 500 amps into a vehicle battery.” 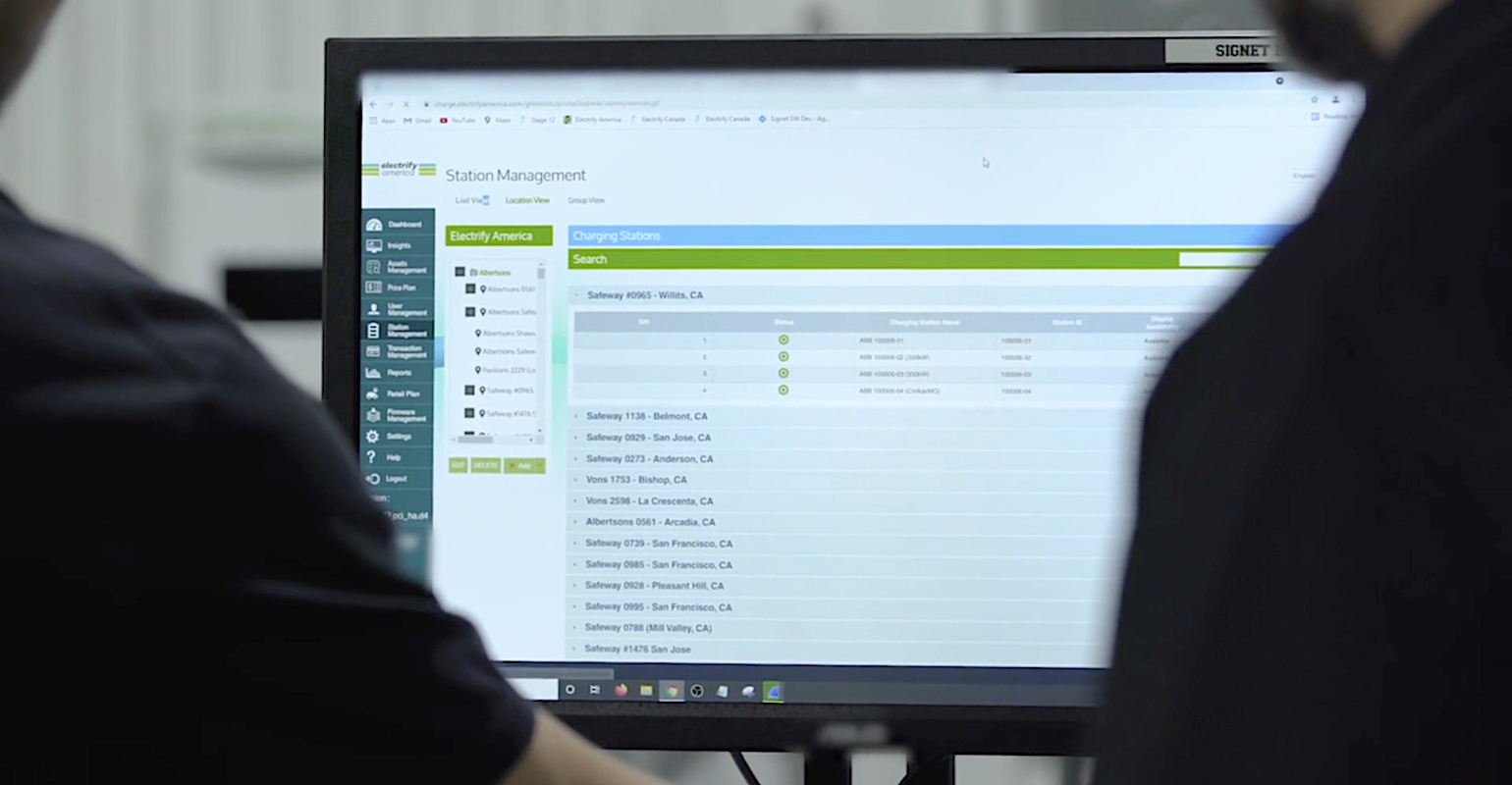 “That is a lot of current and would require a very large cable,” he said. “That cable would be very heavy and not a very customer friendly solution. To mitigate the heft and weight of the cable, the engineering team came up with the solution to cool our charging cable. That allows us to shrink the diameter of the cable substantially so that it becomes something that is much more useable, user-friendly, that can be maneuvered by pretty much anybody.”

This is all good news for customers thanks to the hardware and software that has migrated from the Center of Excellence to neighborhood charging stations. But there is still more to come, promised Retsch. “We have a new design with our new charger, and it has new features that help charge our customer vehicles even faster.”