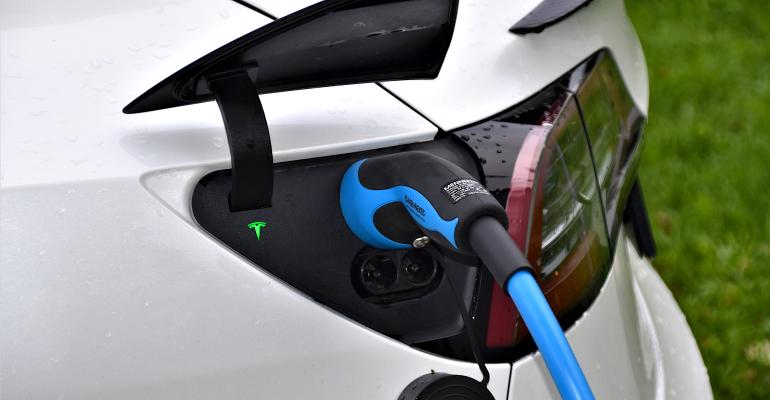 A Tesla Model 3 plugs in for a charge.
A comprehensive overview of the multitude of variables to consider when charging an electric vehicle.

When it comes time to charge an electric vehicle, drivers who are unfamiliar with them can be confused by the fact that there are different kinds of charging plugs, and even chargers with the same kind of plug may deliver electricity at different speeds.

Those of us who are used to simply plugging appliances into 120-volt alternating current wall outlets may wonder why cars are any different. It is important to remember that wall outlets have no intelligence. They simply offer power and trip a circuit breaker in the event of a short.

EV chargers must have built-in intelligence so that the charger and the vehicle can negotiate charging rates. They must balance fast charging time with protecting the battery from damage, so this conversation between them is important.

Think of EV charging plugs more like the smart connections we use to charge our consumer electronics. In the beginning, there was the Universal Serial Bus (USB), and it was good. Then USB splintered into various micro-and mini-plug sizes.

And USB-C emerged, which has the ability to provide more power but may not always, depending on the specific application. Currently, USB-C plugs may provide 28, 36, or 48 volts with 140, 180, or 240 watts of power. These differences are why it takes so long to charge your tablet on some charging devices. Plus, there’s a contrarian Silicon Valley darling that has invented its own proprietary connector. 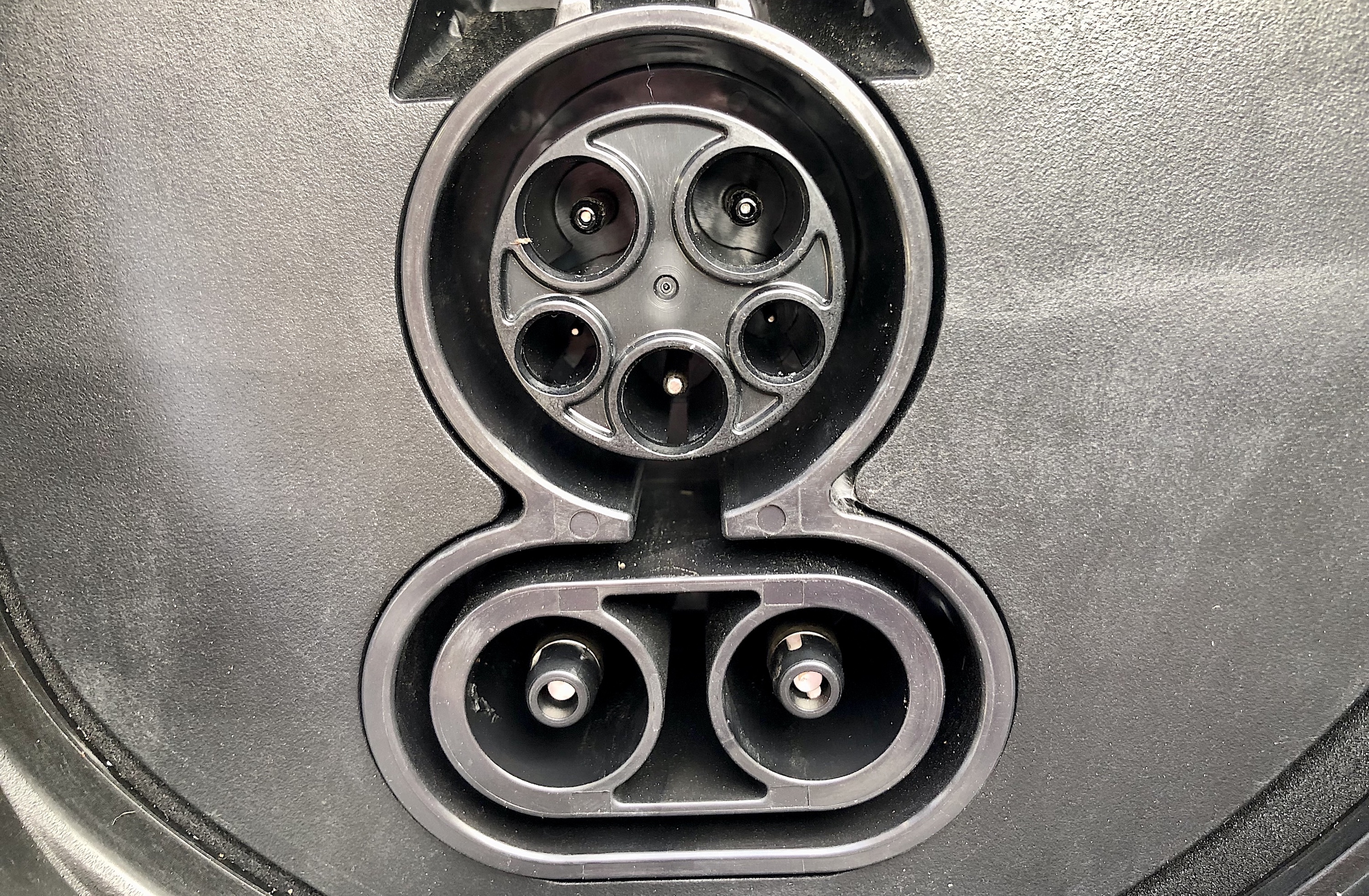 The circular socket at the top is the SAE J1772 AC charging connector and the oval-shaped socket below is the Combined Charging System (CCS) DC fast-charger connector.

So it is with EV chargers. The first level of differentiation is whether the charger sends alternating current (AC) to the car or direct current (DC). The Society of Automotive Engineers J1772 specification describes the physical connector for AC chargers, which may operate using common 120-volt AC household current or 240-volt AC current as is typically employed in the U.S. for electric stoves and clothes dryers.  SAE defines the 120-volt devices as Level 1 chargers and the 240-volt ones as Level 2.

Probably unsurprisingly, L1 chargers only dribble electrons into EVs’ huge battery packs, adding a paltry five miles of driving range per hour (RPH) of charging time. At that rate, the new Lucid Air would take more than four days to fully recharge from the wall plug in your garage!

Level 2 charging employs the 240-v circuit in your house for home chargers. They are good for overnight home charging and public chargers at places like airports and movie theaters, where the car will be plugged in for a while.

The important thing about AC charge stations is that the car’s onboard power inverter must convert the AC current from the plug to DC current to charge the battery. The volume of current that goes into the battery is limited by the capacity of this inverter, which carmakers confusingly also call a “charger.”

The juice a charging station can deliver to the car depends on the amperage of the circuit they’re wired to. A 120-volt circuit will normally be 15 amps and there are heavier-duty circuits with thicker wires that are 20 amps, and Level 1 chargers are commonly rated at 12 amps or 16 amps. Either way, the charging will be slow, at a maximum rate of 1.4 kilowatts for 12-amp circuits or 1.9 kW for 16-amp circuits, according to the SAE. 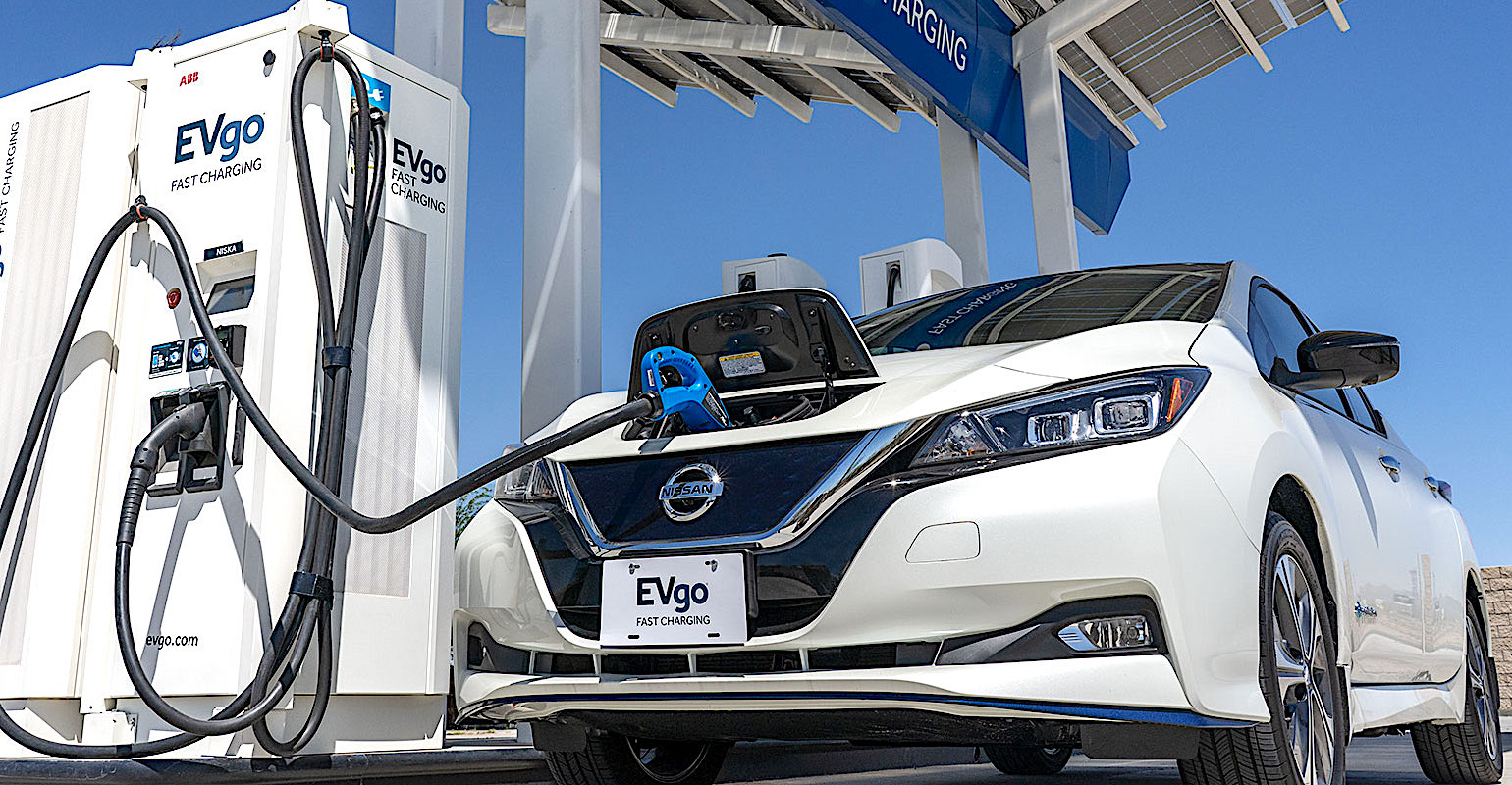 This One Goes to Eleven

While Level 1 chargers are normally portable power adapters that look like a supersized version of your laptop’s power brick, home Level 2 chargers are normally permanently installed on a garage wall, so they are frequently called the “wallbox.” Commercial public L2 chargers look more like a gas pump, though some of the newest ones have large display screens for commercials.

At Level 2, circuit amperage tends to be either 40 amps or 50 amps, and the wallbox charging stations that connect to them are 36-amp or 48-amp models. Early EVs tended to be limited by onboard inverter chargers that could handle a maximum of 3.3 kW, but 6.6 quickly became the standard. Most newly introduced EV’s onboard inverter chargers are now 7.2 kW and premium models have 9.6 kW chargers for still faster charging. The Chevrolet Bolt even supports 11 kW Level 2 charging.

It is vehicles with these higher-capacity inverters that can benefit from a 48-amp home wallbox or commercial charger. With vehicle batteries getting larger, even 48-amp chargers are insufficient for an overnight refill.

Ford provides a mighty 19.2-kW, 80-amp 240-volt Level 2 charger with its F-150 Lightning when equipped with the higher-capacity extended-range battery pack. This ensures that the Lightning can fully recharge overnight, but the truck is equipped with dual onboard chargers to exploit this capability. It requires owners to have a 100-amp circuit installed to accommodate the charger.

Plug any other EV into Ford’s 80-amp Charge Station Pro and they will only charge at the maximum rate of their own onboard power inverter, which will normally be the same as if they were plugged into a 48-amp circuit. Tesla also employs high-powered onboard chargers, so connecting one of them to an 80-amp charger will blast electrons into their battery packs at a 19.2 kW rate.

Charging doesn’t get any less complicated when you move on to DC high-speed chargers. One aspect that is simplified is the elimination of an onboard inverter that throttles the charging speed. DC fast chargers negotiate charging speed with the car’s computer to minimize charging time.

The speed that the battery can accept a charge depends on its temperature and its state of charge, so the car’s computer limits the charging current based on those parameters.

There are a variety of charging networks available, and although all of the charging stations at their locations may look alike, they are often supplied by different manufacturers. EV drivers will find that different “pumps” at the very same location may charge their car at different speeds because of varying levels of compatibility between the charger and their specific car.

Most public DC fast chargers use the SAE Combined Charging System (CCS), which is an add-on plug below the J1172 AC plug. This means that the majority of cars can plug into these chargers, but their charging speed and compatibility may vary.

The Nissan Leaf employs the CHAdeMO charging connector that is popular in Japan, so it will need an adapter to use the more common CCS. CHAdeMo chargers top out at 50 kW, but the specification permits higher power levels for future chargers and cars.

Not bad, although new Model S has more range & faster charging. 3 & Y should use long range version, as Performance version is meant for max speed & handling, not max range.

Supercharger network is being upgraded to 250kW to 300kW, so that will help too.

Tesla has its own 400-volt, 250-kW DC fast chargers, branded “Superchargers,” which use Tesla’s proprietary connector. These chargers have been convenient for Tesla owners and irrelevant for others, but they’re about to become less so to both communities as Tesla CEO Elon Musk has announced that the company’s Supercharger network will be opening up to other drivers.

As more 800-900-volt EVs like the Porsche Taycan and Lucid Air come to market there will be even more demand for high-powered chargers at 350 kW and higher. All EV drivers will benefit, because the less time other drivers spend using chargers, the more likely they will be available when you roll up to the charging station using the last few electrons from a depleted battery pack.