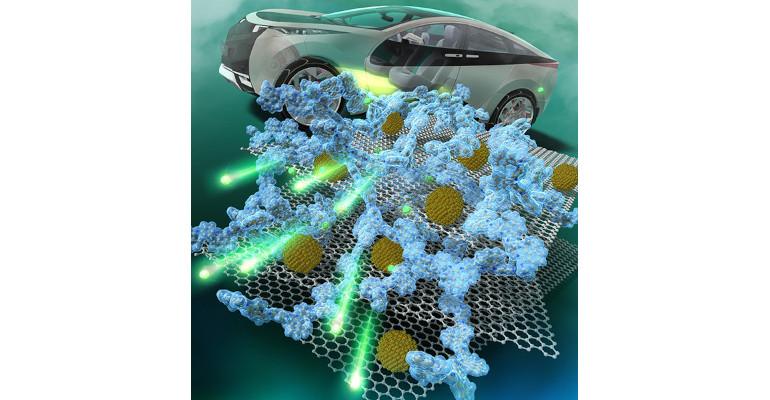 Researchers in Japan have improved the design of a silicon anode for lithium-ion batteries in a way that can bolster the overall lifespan of energy-dense devices, which can solve some of the limitations currently associated with this type of energy-storage device, they said.

Scientists from the Japan Advanced Institute of Science and Technology (JAIST) have demonstrated that adding a specific polymer composite binder to the silicon anode of a lithium-ion battery can improve its structural stability significantly, they said. This makes devices made using an anode made from this material last longer and thus viable to meet the growing energy needs of electric vehicles (EVs) and other devices.

Lithium-ion batteries have been the default for years for most of the devices we use, but their limitations have become clear, especially with their use in EVs, which require more durability, energy density, and overall longevity.

Researchers have been seeking alternative materials for use in these batteries, and tapping silicon to replace graphite as the anode is one solution they’ve been eyeing. This is because silicon is more abundant and thus inexpensive, and has a higher theoretical discharge capacity than graphite.

There are drawbacks to silicon anodes, however; specifically, repeated charging and discharging causes the silicon particles to expand and rupture, which forms a thick solid-electrolyte interface (SEI) between the electrolyte and the anode. This SEI limits the movement of lithium ions between electrodes, which in turn limits battery performance and ability to charge and discharge over time.

To improve the performance of silicon anodes in LIBs, a JAIST team led by Professor Noriyoshi Matsumi developed a way to improve the stability of the silicon particles in an anode using a polymer composite binder.

This results in the creation of a thin SEI layer, which prevents the anode and electrolyte from spontaneously reacting with each other but does not inhibit lithium-ion flow, researchers said.

Indeed, the composite polymer structure holds the silicon particles together and prevents them from rupturing, while the hydrogen bonds allow the structure to self-repair. This means that the polymers can reattach themselves if they break away or degrade, researchers said.

The binder also improved conductivity of the anode while maintaining a thin SEI by limiting the electrolytic decomposition of the electrolyte, they added

To test the binder, the team fabricated an anodic half-cell comprised of silicon nanoparticles with graphite (Si/C), the binder (P-BIAN/PAA) and an acetylene black (AB) conductive additive. They then put the  Si/C/(P-BIAN/PAA)/AB anode through a repeated charge-discharge cycle.

During this process, the binder stabilized the silicon anode and maintained a specific discharge capacity of 2100 mAh g-1 for more than 600 cycles, researchers reported in a paper on their work published in the journal ACS Applied Energy Materials. In contrast, the capacity of the bare silicon-carbon anode dropped to 600 mAh g-1 within 90 cycles, they said.

Once they tested the anode, the team took it apart and examined it with both a spectroscopic and a microscopic, searching for any cracks that might have occurred because of silicon rupture that’s typically so common in these anodes. After 400 cycles, the anode had maintained a smooth structure with only a few microcracks, researchers found. This shows that the binder succeeded in improving the structural integrity of the electrode, they said.

The results overall demonstrate promise for future use of silicon anodes in lithium-ion batteries that can be optimized for application in EVs as well as other battery-driven vehicles such as high-performance drones, Matsumi said.

Porsche Invests in Silicon-Carbon for the Future of Battery Technology
May 10, 2022