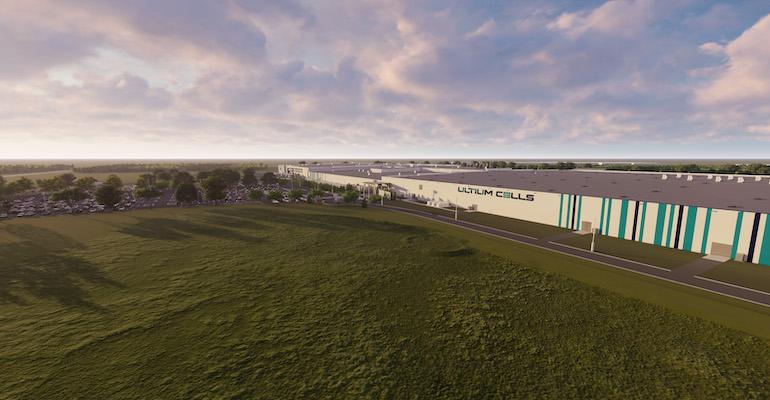 It is considered one the electric vehicle (EV) industry’s basic truths is that batteries are a major part of the cost of an EV and that a route to lower battery costs is to manufacture battery cells and packs in a factory nearby the plant where the vehicles are built. It’s the reason that Tesla has its Gigafactories located in Nevada, not far from its car plant in California, in Texas, where it has built a new car plant, in China, where it is busy cranking out Model 3s for worldwide consumption, and near Berlin where it will soon start building vehicles for the European market. It’s also why Volkswagen recently announced that it is participating in the construction of six gigafactories that will be spread around Europe in the coming decade.

In addition to the fewer than ten electric vehicle battery plants that are already in operation in the United States, according to the US Department of Energy (DOE), 13 additional plants have been announced and are expected to be operational within the next 5 years. The DOE compiled this information from Crain Communications, Automotive News, "Battery plants in the works," October 25, 2021, p. 8.

Here is the summary from the DOE.

Courtesy of US Department of Energy 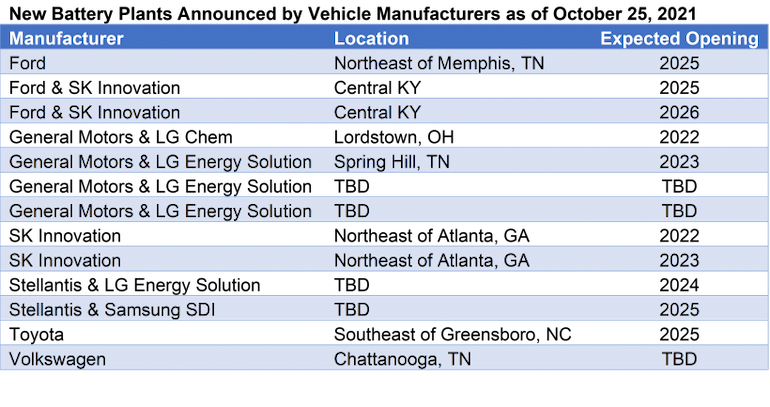 Of the 13 plants that are planned, eight are joint ventures between automakers and battery manufacturers. Many of these new plants will be located in the Southeast or Midwest.

Looking for a State to Build a New EV Factory? Tennessee Volunteers!
Oct 01, 2021