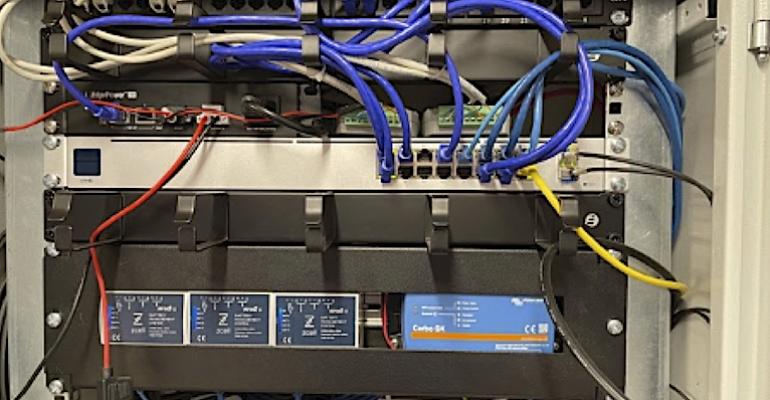 In honor of Pi Day, we are featuring a customized Raspberry Pi processor that has enabled simple CAN-based battery management.

The Australian flow battery company Redflow has developed an energy storage system that is based on zinc-bromine chemistry, using a proprietary structural design. As part of their innovative system, the company uses a Raspberry Pi microprocessor to handle battery management requirements.

Bring in the Pi

The Redflow engineering team wanted to use a Raspberry Pi microprocessor in conjunction with the company’s in-house developed BMS software. The Raspberry Pi main board needed to be housed in a DIN-rail enclosure and complemented by robust industrial-grade interfaces suitable for deployment in the harsh environments the flow batteries would see during service. Having a CAN interface was seen as essential, as this would allow integration of Redflow battery clusters into industrial and renewable energy installations. In addition, an RS485 serial port, watchdog circuitry, and a real-time clock (RTC) were all needed as part of the design.

The Redflow ZBM2 batteries are typically deployed in clusters of up to 60 units. Pivotal in maintaining performance levels and assuring high availability for these clusters is having an effective battery management system (BMS) to accompany them. Through this, real-time performance data can be acquired. The data can then be passed back to the cloud so operational parameters can be monitored and any functional issues that might occur can be attended to quickly.

Redflow engineers decided to collaborate with an experienced hardware specialist for this BMS project, choosing Sfera Labs and its Strato Pi server, as it was capable of ticking all of the relevant boxes.

With the Strato Pi, data emanating from the BMS can be checked by an operative through their mobile handset, using an intuitive web-based portal. It also offers a provision for push notifications to be sent if there is a situation arising that needs immediate action to be taken. At first, Redflow had to ship the hardware along with a voltage adaptor and a USB-to-CANBus bridging dongle. This added unwanted expense to the overall solution, however, as well as making things more complicated for the installer. Consequently, the engineers at Redflow and Sfera Labs started to discuss how the Strato Pi might be modified - thereby streamlining the BMS solution and making it more cost-effective.

The result was Strato Pi CAN.  As well as adding a CANbus interface into the Strato Pi units, Redflow’s software was pre-loaded onto the servers, and each was fully tested before shipping. A custom logo was created and applied to the products when they left the Sfera Labs’ production line and custom labeling was added to the shipment boxes.

Using Sfera Labs technology, the Redflow BMS is now fitted as standard in every site deployment of Redflow batteries. The reliability of the hardware setup has been underlined by the fact that the company has not had a single failure in the field in any of its many flow battery energy storage installations.

Maria Chizzali is Head of Sales & Marketing at Sfera Labs