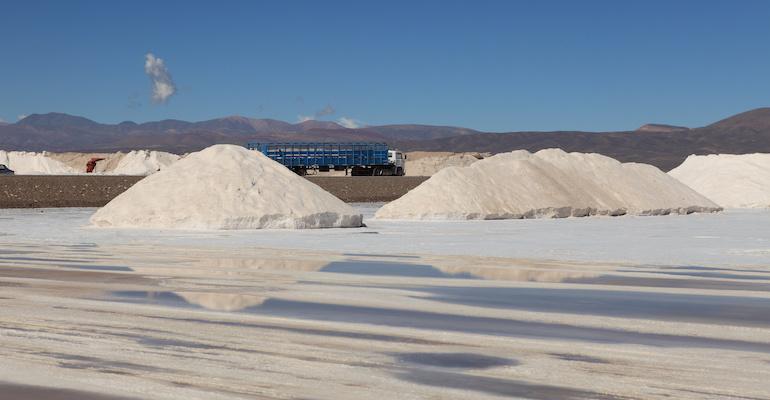 A switch to LFP cathodes in the Chinese EV market changed lithium pricing in the first part of 2021—how will it change the future?

The lithium-ion batteries used in electric vehicles (EVs) typically use one of three different types of cathodes. Nickel-based cathodes, using a combination of nickel, manganese, and cobalt (NMC) can be used to produce batteries with the highest energy density, resulting in the longest range. Nickel, aluminum, and cobalt (NCA) cathodes are used by Tesla because they produce the highest power density which makes battery packs with this chemistry good in vehicles with rapid acceleration. The costs of nickel and cobalt make these cathodes expensive. A much cheaper alternative is to use a lithium-iron-phosphate (LFP) cathode, which results in a lithium-ion battery that has about 30 percent lower energy density than a typical battery with an NMC cathode. The cost of the LFP cell is about 43 percent less than a cell made with NMC.

There has been a general consensus over the past years that LFP was no longer a viable choice for EVs. Despite being considered significantly safer and more robust and resistant to damage, the lower energy storage capacity seemed to doom the chemistry. Surprisingly, the past year has seen a resurgence of interest in LFP, driven by two things that have occurred in China. The first is the development of inexpensive electric cars that appeal to a less-affluent segment of the Chinese domestic market than the usual EV buyer. To reduce the price, batteries using LFP are considered adequate, given the limited range most Chinese drivers travel by car.

The other LFP surprise in China has been the adoption of LFP batteries made by Chinese battery giant CATL  to replace the nickel-based lithium batteries in the Tesla Model 3 that is built in the company’s new plant in Shanghai. Although the LFP batteries in the Tesla were found to charge more slowly than NMC cells, and have been more sensitive to cold weather, updates to the vehicle’s software have reduced these issues. The switch away from expensive nickel and cobalt helped drop the price by around 8 percent.

Related: Watch Out! Soon Electric and Gasoline Cars Will Cost The Same

During the first quarter of this year, however, the historic relationship was turned on its head when the price of lithium carbonate shot up and surpassed the cost of lithium hydroxide. This was due to the sudden demand for LFP battery cells, which increased the need for more carbonate.

Among the lessons to be learned from the lithium price volatility over the first quarter of 2021 is a reminder of how completely dominant China’s market forces are on the economics of EVs. China has been and remains the World superpower when it comes to processing raw materials into battery-grade components and will continue to dominate lithium-ion batteries into the foreseeable future. How LFP and NMC will break out into the future is still a question—Benchmark predicts that NMC will represent over 75 percent of the market by 2030. Although Volkswagen and Tesla have both expressed interest in LFP lithium-ion batteries for their shorter range city-oriented EVs, it will be China’s home market that will determine the economics of such decisions.