Club Car Acquired for $1.7 Billion by Investment Group Interested in More Than Golf 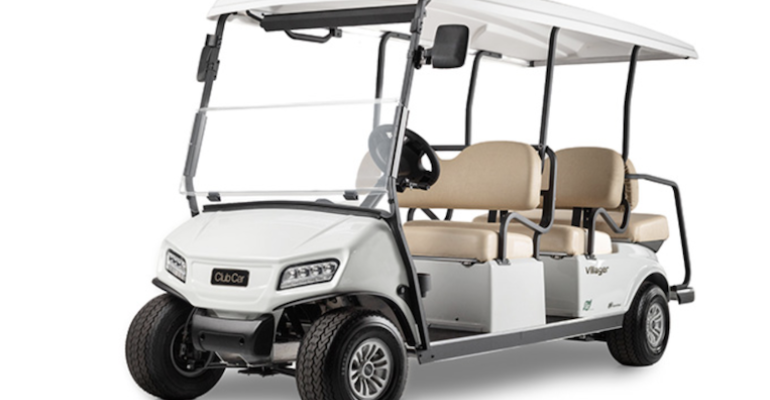 Ingersoll Rand is selling Club Car to an investment group whose interests include the commercial utility aspects of the electric golf cart company.

Not so long ago, critics of electric vehicles (EVs) would disparage them by pointing out their limited range and performance and saying they were little more than golf carts. It turns out, given the long and successful history of electric golf cars, that wasn’t such an insult.

The First Were Electric

The first golf carts, which appeared in the 1930s, were electrically powered and were used mostly by those with disabilities that would otherwise prevent them from walking the entire distance required for 18-holes of golf. By the mid-1950s, however, golfers began to accept the use of the powered carts, and several manufacturers, including Sears and Roebuck, E-Z-Go (1954), Cushman (1955), Club Car (1958), and Taylor-Dunn (1961) became commonplace on the links. Several gasoline-powered carts were also produced, including by Harley Davidson (1963) who produced both gasoline and electric models.

It didn’t take long before avid golfers who lived nearby golf courses would buy their own cart to travel to and from the course and for use on the links. Entire communities in places with mild climates like Florida, Arizona, and California began to be built around the idea that the small electric golf carts could be used for low-speed travel throughout a subdivision.

In 1998, a new classification of vehicle, the Neighborhood Electric Vehicle (NEV) was recognized by the US Department of Transportation )DOT). The NEVs were usually built with a top speed of around 25 mph and could have a maximum loaded weight of 3,000 pounds. They were legally limited to roads with posted speed limits of 35-mph or less. Electric golf carts fit this category well, and manufacturers began to find applications that had nothing to do with golf, such as shuttle and security vehicles for college campuses and state and National parks

Club Car got its start in 1958 in Houston, Texas, but was sold and moved to Augusta, Georgia in 1962. It was acquired by industrial giant Ingersoll Rand in 1995, becoming part of the new Compact Vehicles Technology division which was created to develop utility vehicles to augment the golf-oriented vehicles. Targeted at manufacturing facilities, college campuses, and resorts Club Car UTVs (utility vehicles) could be specified for street-legal transportation.

Now, Ingersoll Rand has sold Club Car to an investment group called Platinum Equity for approximately $1.7 billion. "Club Car is an iconic golf brand that for more than 60 years has set the industry standard for quality and innovation," said Platinum Equity Chairman and CEO Tom Gores in a news release. "We appreciate Ingersoll Rand's confidence in our ability to build on that legacy and support Club Car's continued growth and expansion as a standalone company."

Traditionally, lead-acid batteries have powered most golf carts, but Club Car introduced a lithium-ion battery pack made with pouch cells for its Onward model in 2019. "Demand for electric vehicles across many product platforms and geographies is at an all-time high," said Club Car President Mark Wagner, who will continue to lead the company under Platinum Equity's ownership. "Golf remains a very stable, healthy business while our consumer and commercial markets are rapidly growing around the world. As our product line and geographic reach have expanded, so has the complexity of our business. Platinum's experience and global resources will be vital to helping us continue that growth and to achieving our long-term ambitions."

Technologies such as streaming entertainment and fleet management capabilities can also be integrated into Club Car vehicles. "Club Car is an attractive platform for strategic partnerships and prospective add-on acquisitions that can help further extend its reach into new geographies or adjacent markets," said Platinum Equity Managing Director Matt Louie.