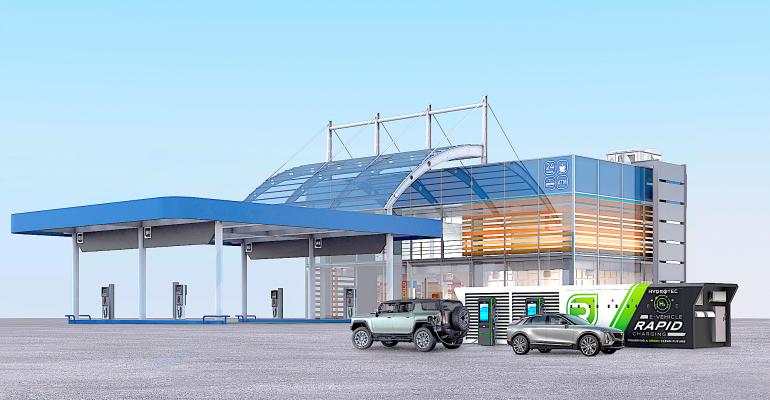 General Motors has partnered with Renewable Innovations, of Lindon, Utah, to provide its fuel cell power cubes announced previously for that company to create a mobile power generator that provides 60 kilowatts of power from a mobile generator. This would replace traditional diesel backup generators and could provide on-site power for worksites, buildings, data centers, concerts, and festivals.

“Our vision of an all-electric future is broader than just passenger vehicles or even transportation," said Charlie Freese, GM executive director of the global Hydrotec business. “Our energy platform expertise with Ultium vehicle architectures and propulsion components and Hydrotec fuel cells can expand access to energy across many different industries and users while helping to reduce emissions often associated with power generation.”

These could even keep the lights on as temporary grid-sourced electricity for residential and small commercial operations during power outages. The state of California has struggled in recent years with intentional power outages when the electric utility has shut off its high-voltage systems to reduce the chance of sparking wildfires. As a result, the California Energy Commission is conducting a test of four of the Renewable Innovations Mobile Power Generators to provide localized power sources during such shut-downs.

The partners also envision the ability to create electric vehicle charging stations without the upgrades to the electric system that would be otherwise required. Instead of adding larger feed wires, transformers, and potentially even new substations, Renewable Innovations Empower rapid chargers using GM’s Hydrotec fuel cell power cubes. The Empower charging station packs eight of the cubes to provide 150 kW of DC fast-charging power for as many as four vehicles.

The Empower station has the hydrogen fuel capacity to charge more than 100 EVs, according to GM, and Reliable Innovations says that it will deploy 500 of them by 2025 to provide EV charging in locations such as existing gas stations or in tourist destinations such as national parks that have season demand. 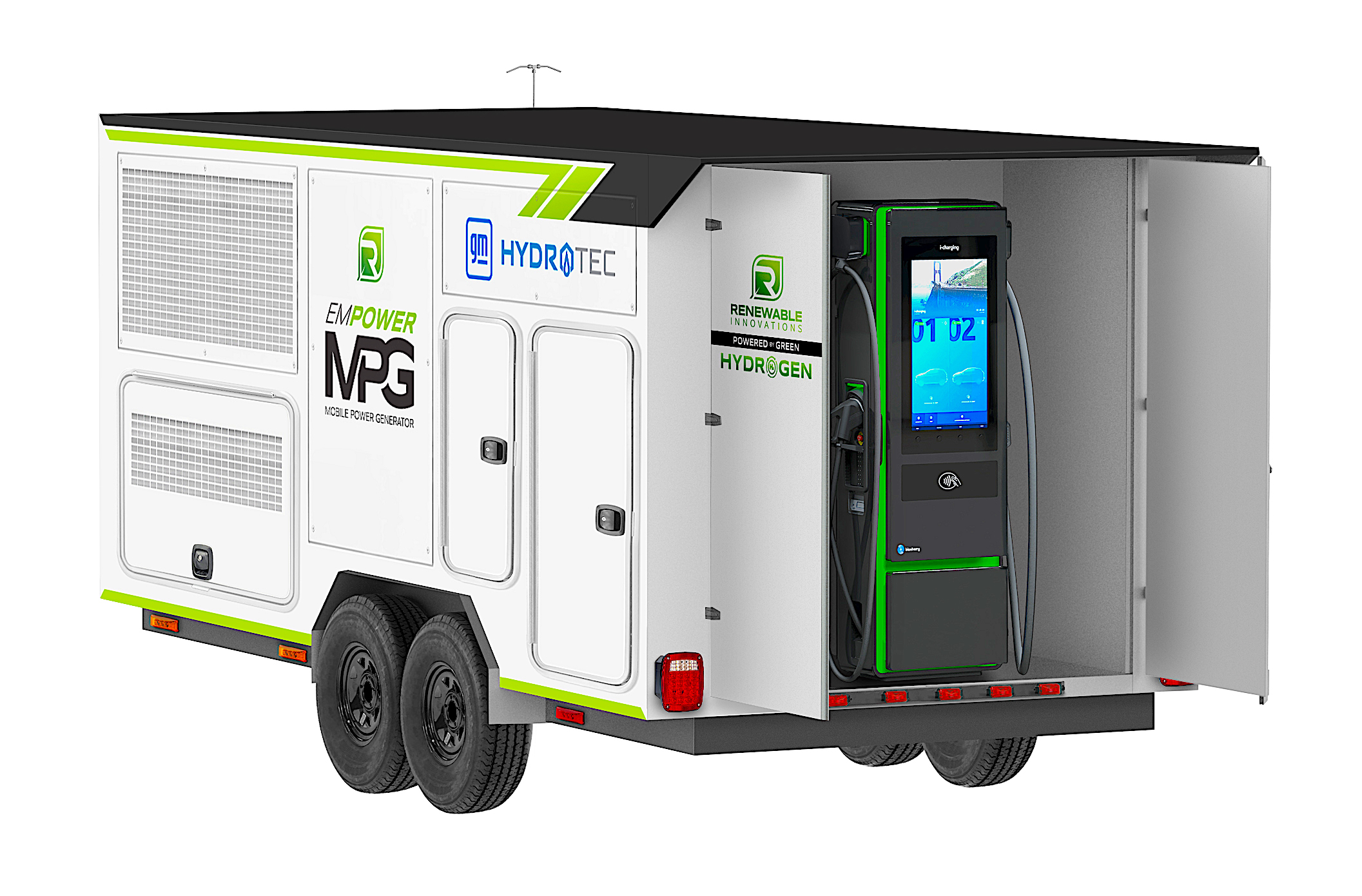 GM Hydrotec and Renewable Innovations’ Mobile Power Generator can fast-charge EVs without having to expand the grid or install permanent charge points in places where there is only a temporary need for power.

The military also has use for mobile power generation, and the U.S. Army Combat Capabilities Development Command Ground Vehicle Systems Center is testing a palletized 60-kW version of the Mobile Power Generator. The fuel cell’s appeal here is that it produces 70 percent more power than its diesel alternative while producing much less noise and heat, which can betray its location.  Additionally, the water that is a byproduct of fuel cell operation is a valuable commodity for forward-deployed forces.

The GM Hydrotec power cubes used for these applications individually resemble GM fuel cell prototype vehicles, reported engineer Al Martin. “If you pop the hood on this it actually looks a lot like underhood on a fuel cell vehicle,” he said. “A lot of the other components that GM has experience with from electrification that allow it to run; thermal system for rejecting heat from the fuel cell, a 12-volt system for controls, a small battery for hybridization, and other typical automotive parts, repackaged into a generator form factor instead of a vehicle. 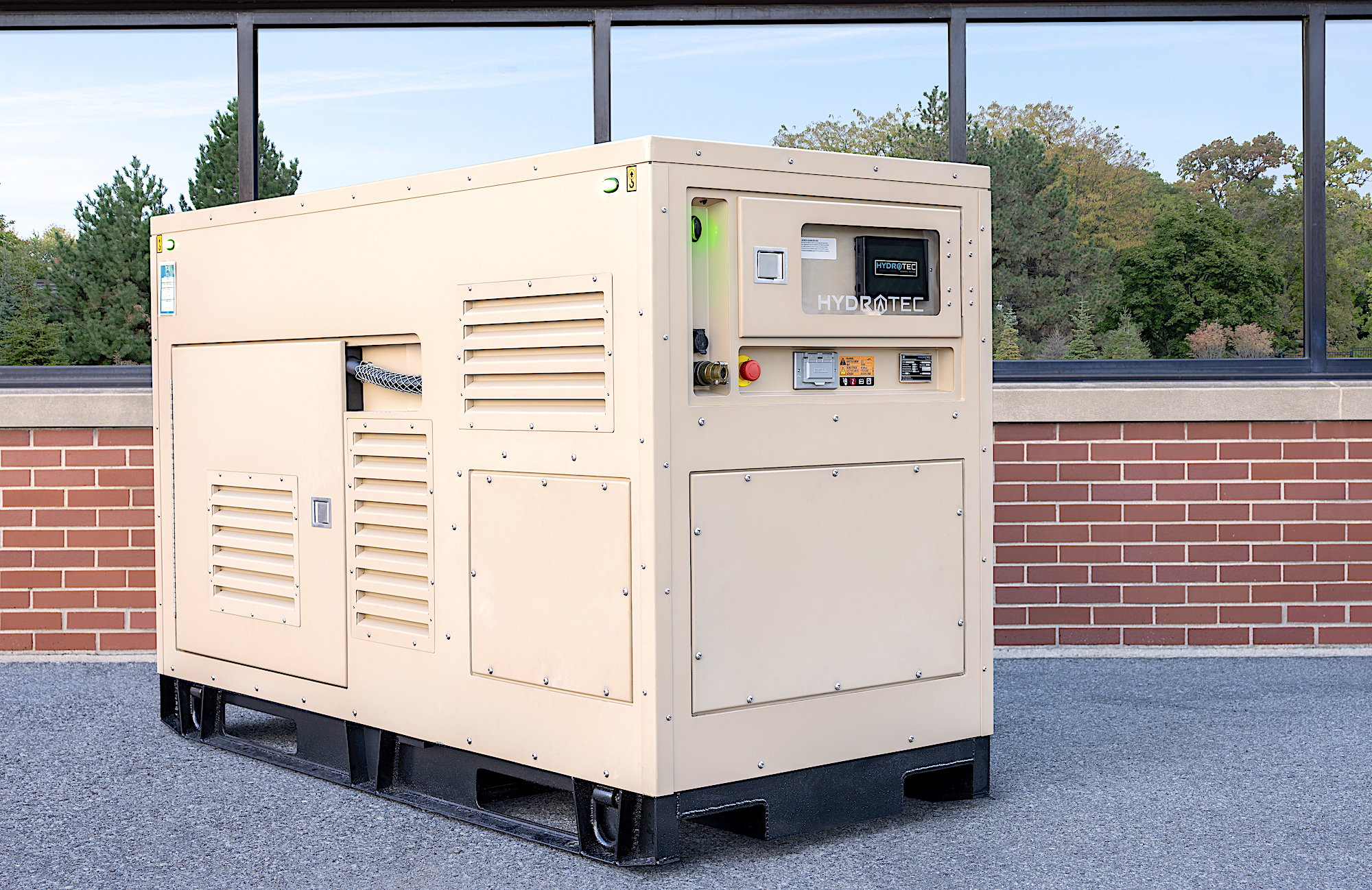 GM’s experience with mobile fuel cells dates to 1966 when the company built the Electrovan as part of its effort to develop fuel cell technology for the space program. That vehicle entirely filled the van’s cargo area with a fuel cell system that more resembled a moonshine still than any modern propulsion technology.

Skeptics suggest that fuel cell vehicles have been rendered uncompetitive by recent advances in battery technology. But Freese positions the two EV energy systems as complementary, with each having its place. He likens them to the current split between applications that use gasoline combustion engines and those that employ diesels.

“I like to compare this to the long history we’ve all seen with gasoline and diesel engines, where they each played an important role in propulsion and power generation,” Freese explained. “Gasoline engines have traditionally served in the bulk of the lighter-load applications, while diesels have provided necessary power for the heaviest of all applications. We see similar balance occurring between batteries and hydrogen fuel cells, with batteries transitioning into those traditional gasoline roles and hydrogen fuel cells occupying the positions that were traditionally occupied by diesels.”