Tech Giant Foxconn Rolls Out 3 Prototypes: When Will it Build its Own EVs? 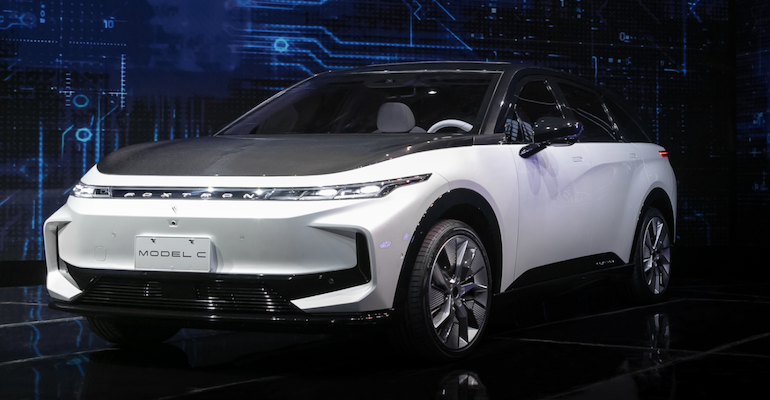 Foxconn Model C
With 3 flagship models, the company signals that it will move away from building consumer electronics for Apple and move deeper into the EV market.

Having announced in early October that it was buying a former GM assembly plant in Ohio from troubled EV maker Lordstown Motors, iPhone and consumer electronics manufacturer Foxconn has introduced three new prototype electric vehicles (EVs) that it has developed under its own “Foxtron” brand.

The announcement was made during the live-streamed Hon Hai Tech Day 2021 (HHTD21) event. Foxconn is the brand name that Hon Hai Precision Industry Co Ltd operates under and Foxtron was established a year ago as a joint venture between Foxconn and Yulon Motor Group, a Taiwanese automaker that over the years has built a number of cars under license from several automakers, including  Jeep, Mercedes-Benz, and Nissan. The move was said by the company to underline its “commitment to become a global next-generation automotive manufacturer.” 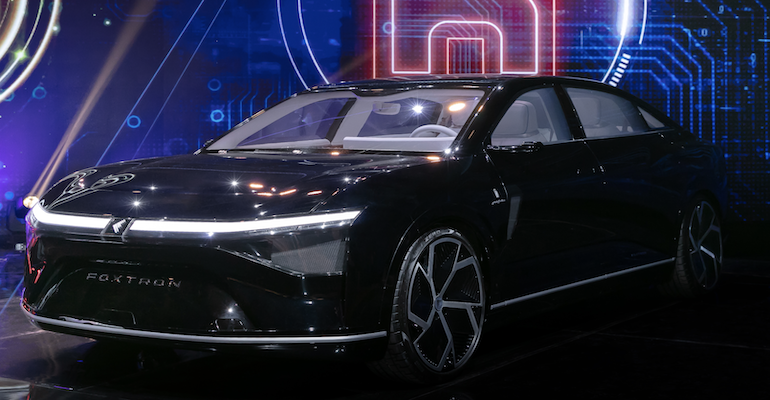 The three prototypes included the Model C, a crossover EV with 5+2 seating, and a reported range of more than 400 miles. The Model E is a luxury EV sedan jointly developed by Foxconn and Italian design firm Pininfarina. The mid-size Model E is reported to have an output of about 750 hp and to accelerate from zero to 60 mph in 2.8 seconds. Its range is also reported to be 400 miles, although the test conditions were not reported. According to the company, the Model C will be ready for production by 2023 but no time frame was given for the Model E. 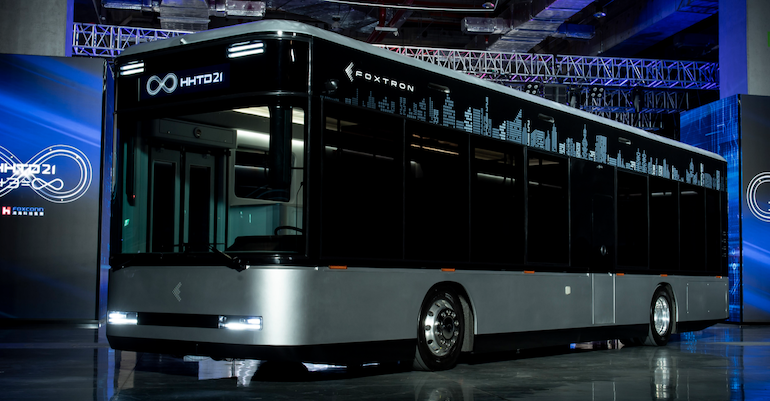 As early as 2022 however the Model T should begin limited production. The Model T is an urban bus with a highly rigid body design and added protection that meets the Federal Transit Administration (FTA) regulations and standards. According to the company, the Model T has completed 200,000 km of accelerated endurance testing and more than 1,000 hours of rigid strength tests at the Automotive Research & Testing Center (ARTC) Testing. Under full load conditions, the maximum climbing capacity of the Model T can reach 25%, and the maximum speed can reach 75 mph, with a total range of about 250 miles between charges.

In addition to purchasing the Lordstown plant in Ohio where Foxconn will work with Lordstown Motors to build the Endurance EV pickup truck, and Fisker EVs, the company has a joint venture with Chinese-maker Geely to build cars and parts, has invested in Chinese EV startup Byton, and has a partnership agreement with Stellantis. Foxconn builds iPhones for Apple and has also been mentioned as a possible partner should Apple decide to enter the EV auto business.

Bakar Sadik Agwan, Senior Automotive Consulting Analyst at GlobalData, a leading data and analytics company said in a news release, “Foxconn has established a number of acquisitions and deals to ensure that it has the capability to build all these electrified vehicles. The company has partnered with state-owned PTT PLC which aims to roll out EVs by 2023 and acquired the Lordstown Motors EV plant in Ohio, US recently to manufacture Foxconn and/or partner’s vehicles. Additionally, it has inked an agreement with Taiwan’s Giga Solar Materials group for battery raw materials worth around US$36m. It has also set a tentative target of 2024 to incorporate solid-state cells into its EV platform.” Agwan went on to conclude,” The investments are expected to help Foxconn lead ahead of its planned timeline and achieve its target of providing components or services for 10% of the world’s EVs between 2025 and 2027.”

15 Examples of How EV Variety is Defining a New and Wonderful World of Wheels
Sep 21, 2021