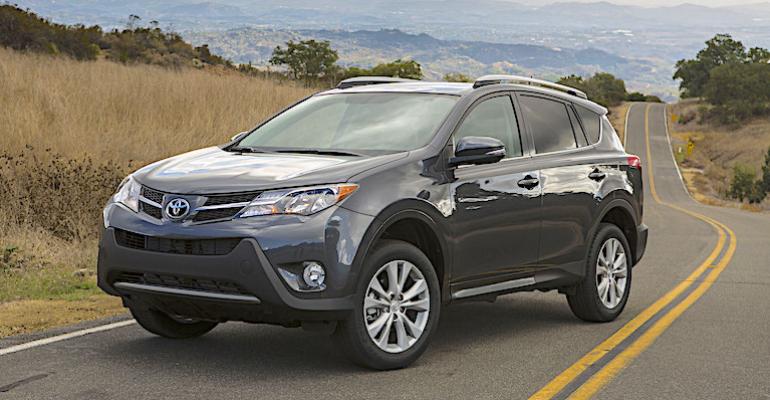 The NHTSA investigation of battery fires in Toyota’s RAV4 has nothing to do with EVs, hybrids, or lithium-ion batteries.

Most of the time, when we think about battery fires, our minds immediately jump to lithium-ion battery pack fires in electric vehicles (EVs). So, when the National Highway Traffic Safety Administration (NHTSA) announced an investigation of model year 2013 through 2018 Toyota RAV4, we might be excused for thinking the Federal government was investigating the electric or perhaps hybrid versions of the compact SUV.

It turns out we would be wrong. HNHTSA is concerned about fires that originated with the standard 12-volt lead acid battery under the hood of the RAV4 gasoline models. There have been 11 fires reported (out of almost 1.9 million RAV4s built over that period) and in fact, according to NHTSA Investigation PE 21-005, “Improper battery installation or prior front end collision repair was a factor in the EWR Field Reports.”

According to NHTSA, “The 12V battery B+ terminal shorts to the battery hold down frame which may result in the sudden loss of electrical power, vehicle stalling, and/or a fire originating in the engine compartment.” Only the gasoline models carry their 12-volt lead acid accessory batteries under the hood at the front of the vehicle, so as Toyota confirmed to Battery Technology, EVs and hybrids are not a part of the investigation.

We have been programmed to assume that anything having to do with a battery fire must involve an EV. Certainly, with Hyundai’s recent recall of 76,000 of its electric Kona model (at a cost that is estimated to be over $900 million) and similar problems with the Chevrolet Bolt (a voluntary recall of 2017-2019 models for a software update to limit charging to 90%), along with high profile videos of rarely occurring but highly reported Tesla fires, the idea that an EV can catch fire is nothing new. It turns out however, that in the US there are more than 520 vehicle fires every day and only a tiny number (Tesla estimates a gasoline vehicle is 11 times more likely to catch fire than an EV) are fires involving EVs. They definitely get all the attention, however.

This may partly be due to a variety of misunderstandings about lithium-ion batteries and what happens when they catch fire. First, contrary to what you may have heard, it isn’t the lithium that is burning. True, lithium metal is highly reactive and can spontaneously ignite when expose to the atmosphere, but there is no metallic lithium in a commercially available lithium-ion EV battery. The lithium is present in form of an ion that moves through an electrolyte between a metal oxide cathode and a carbon graphite anode. The lithium ions themselves are not flammable, but the electrolyte, which is made from organic solvents is highly flammable and provides all the fuel needed to create an intense fire if it is ignited. It can really only be extinguished with vast quantities of water, which both smothers the flames and cools the battery pack to the point where it can no longer support ignition.

There is another issue with EV fires. Damaged lithium-ion cells can still contain significant amounts of electrical energy, and even after the fire has been extinguished, if a short circuit exists, they can heat up to the point where they will reignite flammable materials and the fire can restart. That’s why it's recommended that burned EVs are placed in the wrecking yard, outdoors and away from other wrecked vehicles for a day or two.

What does this have to do with the potential for battery fires in the RAV4 that NHTSA is investigating? Absolutely nothing, and that is the point. Fires in ordinary gasoline-powered vehicles are common, while fires in EVs are quite rare, yet our focus is constantly drawn to them and they make the news. Not this time.

If you own a Toyota RAV4 and think you might need assistance, Toyota told us, “Toyota is aware that NHTSA has opened this investigation and we are cooperating with the agency. We recommend customers who have a concern call our Brand Engagement Center at (800) 331-4331.”