Will it Really be Possible to Switch Away From Fossil Fuels and Embrace Renewables? 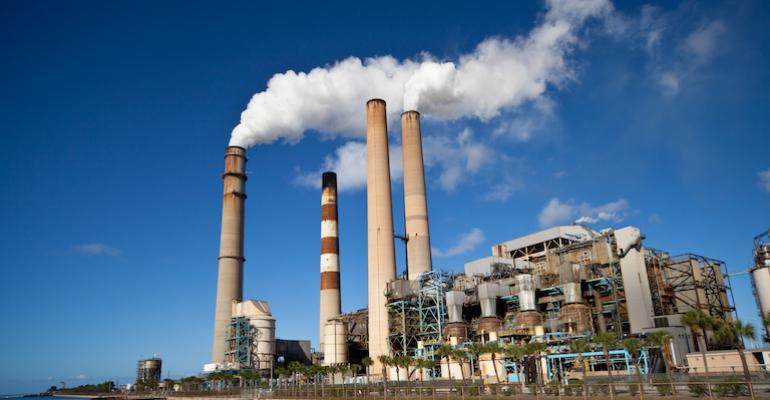 Visualizing 50-plus years of the G20’s energy mix (1965–2019) provides some idea of how difficult a switch from fossil fuels to renewables will be.

Despite the growing necessity of transitioning to renewable energy, the share of fossil fuels in the world's total energy mix barely changed during a recent decade, according to a report released by the Paris-based think tank REN21.

"We are waking up to the bitter reality that the climate policy promises over the past 10 years have mostly been empty words," said REN21 executive director Rana Adib. "The share of fossil fuels in final energy consumption has not moved by an inch," Adib added. "Phasing them out and making renewables the new norm are the strongest actions we can take."

From the 1960s to the 1980s, the energy consumption in the countries that make up the G20 relied almost entirely on two fossil fuels—oil and coal. They were both the cheapest and the most efficient sources of energy, particularly as externalities such as greenhouse gas (GHG) emissions, air pollution, and public health were never accounted for.

In the 1980s, the use of oil for energy everywhere but transportation began to decrease, primarily due to substantial price increases in crude causing many utilities to turn to coal and natural gas (which was becoming cheaper), and, in countries like France, Japan, and the US the rise of nuclear power.

Related: How Is Industrial Electrification Changing Our World? Here Are 10 Examples

The realities of the effects of burning fossil fuels were becoming apparent by the mid-1990s, resulting in the UN Framework Convention on Climate Change, which was signed in 1992, and the resulting 1997 Kyoto Protocol that is aimed at reducing greenhouse gas emissions.

With the Kyoto Protocol going into effect in 2005, some countries moved more to hydroelectricity, while others turned to nuclear power—at least until the 2011 Fukushima nuclear disaster in Japan. Renewables, primarily in the form of wind power at first, became popular in some of the G20 countries, and by 2019 Brazil (16%), Germany (16%), and the UK (14%) were among the leaders.

In 2020, consumption of renewable energy in the United States grew for the fifth year in a row, reaching a record high of 12% of the total U.S. energy consumption. Renewable energy was the only source of US energy consumption that increased in 2020 from 2019; fossil fuel and nuclear consumption declined. Worldwide, the 2019 renewables breakdown based on data from the International Energy Agency (IEA)—was: 1% biofuels for transport; 2.4% wind, solar, biomass, geothermal, and ocean power; 3.6% hydropower; and 4.2% biomass, solar, and geothermal heat.

Unfortunately, according to new research from NASA and the National Oceanic and Atmospheric Administration, the amount of heat the Earth traps has roughly doubled since 2005, contributing to more rapidly warming oceans, air, and land, “The magnitude of the increase is unprecedented,” said Norman Loeb, a NASA scientist and lead author of the study, published in Geophysical Research Letters. “The Earth is warming faster than expected, ”he added.

Using satellite data, researchers measured what is known as Earth’s energy imbalance — the difference between how much energy the planet absorbs from the sun, and how much it’s able to radiate back out into space. When there is a positive imbalance — Earth absorbing more heat than it is losing — it is a first step toward global warming, said Stuart Evans, a climate scientist at the University at Buffalo. “It’s a sign the Earth is gaining energy.”

That imbalance roughly doubled between 2005 and 2019, the study found. “It is a massive amount of energy,” said Gregory Johnson, an oceanographer for NOAA’s Pacific Marine Environmental Laboratory and co-author of the study. Johnson said the energy increase is equivalent to four detonations per second of the atomic bomb dropped on Hiroshima, or every person on Earth using 20 electric tea kettles at once. “It’s such a hard number to get your mind around.”

One Way To See It

Over the last 50 years, the energy mix of G20 countries has changed but replacing fossil fuel plants with cleaner sources of energy takes time, and most countries are still heavily reliant on fossil fuels and will be into the future.

This video from James Eagle and the Visual Capitalist uses data from BP’s Statistical Review of World Energy to examine how the energy mix of G20 members has changed from 1965 to 2019. It shows how resistant to change our energy mix has been and how difficult it will be to move to more renewables in the coming years.