Goodbye to Coal? Hello to Wind and Solar! Clean Energy Is Growing 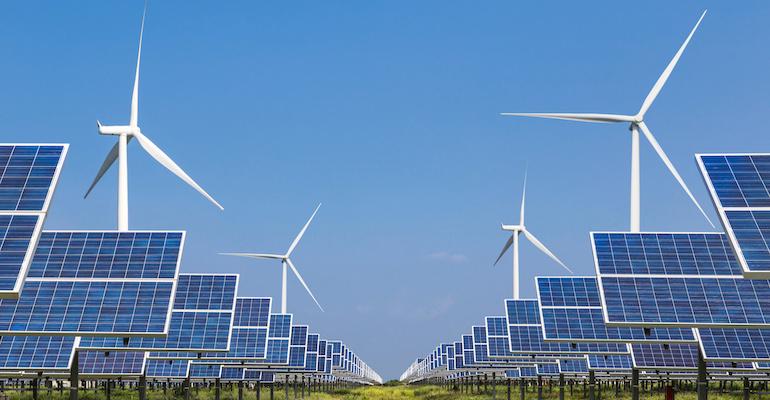 A new way of seeing US energy use and consumption spells out clean energy growth, even where fossil fuels dominate.

Data from the EIA (Energy Information Administration) breaks down US energy consumption by source and provides an indication of how much each sector relies on various energy sources. The Visual Capitalist has created a comprehensive graphic that details US energy sources and consumption in 2020. In this graphic, the energy amounts are equalized and measured in quadrillion BTUs (British thermal units), which are also known as quads. A quad is an enormous amount of energy—it is equivalent to the energy contained in 183 million barrels of petroleum or 36 million metric tonnes of coal. 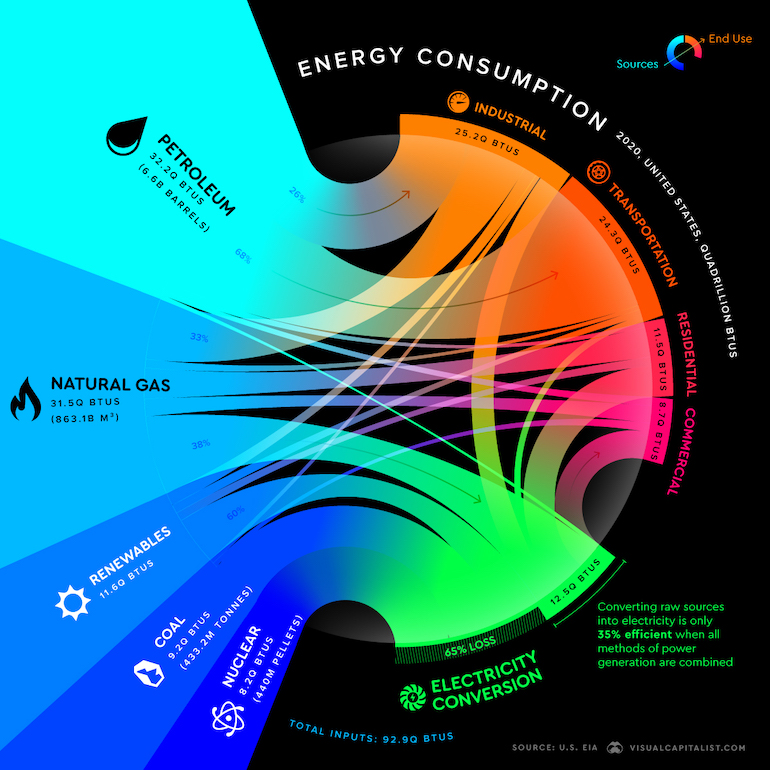 Aside from petroleum, which is primarily used for transportation, the energy from both nuclear and natural gas is converted into electricity. The conversion, transmission, and distribution of electricity turn out to be inefficient, and 65 percent of the energy available is wasted in the process. The use of renewable resources such as wind and solar, distributed nearer to the electricity’s end-user can greatly improve the energy waste. The Biden administration has said it aims to reduce greenhouse gas (GHG) emissions by 50% by 2030 (from 2005 emission levels)—to do so will require a continuing shift away from fossil fuels and towards renewable and nuclear energy.