Could EVs Use This New Lithium-Sulfur Battery to get Greater Range? 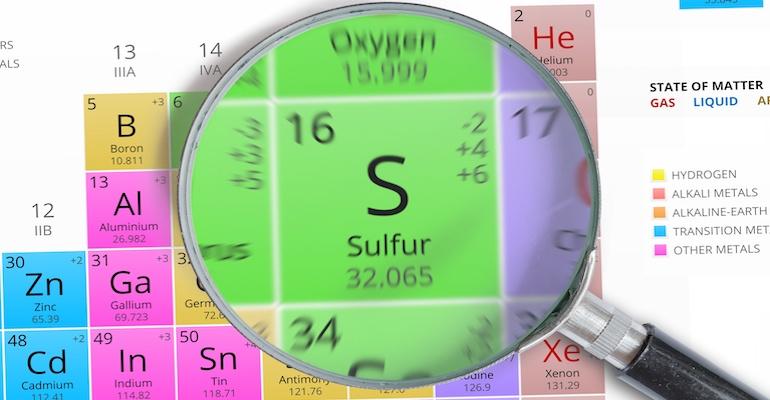 Researchers solve a longstanding problem that occurs during the production of these devices using a hybrid material.

The evolution of future batteries is toward higher energy density and faster recharging, two goals scientists developing these devices have been working toward for some time. However, achieving this goal may mean moving away from the traditional lithium-ion battery designs that are currently the most used commercially.

To that end, researchers in Japan have developed a new lithium-sulfur battery design that appears to solve a common problem with this type of device that has so far represented a major hurdle to commercial adoption.

Related: Is There a Chance That Magnesium Batteries can Ever Replace Lithium?

A team from the Okinawa Institute of Science and Technology Graduate University has developed a hybrid material that reduces the likelihood of the intermediate product dissolving during the production of the battery. This is a major issue with lithium-sulfur batteries that has prevented their widespread use despite the clear benefits they pose over typical lithium-ion batteries, researchers said.

Indeed, lithium-sulfur batteries can store significantly more energy than lithium-ion batteries already in use for applications such as electric vehicles, noted Hui Zhang, a professor at the institute and one of the researchers on the project.

“To put this in numbers, an electric vehicle that runs on lithium-ion batteries can drive an average of 300 kilometers before it needs to be charged,” Zhang explained in a press statement. “With the improved energy storage provided by lithium-sulfur batteries, it should be possible to extend this to 500 kilometers.”

The Mystery of the Dissolving Material

During the construction of a lithium-sulfur battery, the sulfur reacts with the lithium to form a product in two stages. In the first stage, the product of the reaction is lithium polysulfide, which can easily dissolve into polysulfides. If this happens, the polysulfides impair the performance of the battery, greatly reducing its lifespan, researchers said.

Therefore, to create a lithium-sulfur battery with optimal performance that delivers on its promise, the lithium polysulfide needs to transform to the final product, either lithium disulfide (Li2S2) or lithium sulfide (Li2S), as quickly as possible, researchers said.

To get the material to react in this way, researchers used a low-cost hybrid that mixes two different materials—titanium dioxide (TiO2), which absorbs the unwanted polysulfides, and titanium nitrogen (TiN), which accelerates the process and reduces the likelihood of the issue occurring, they said. They found that the hybrid material also improves battery performance, researchers said.

Because the materials researchers used are extremely sensitive, they worked on the nanometer scale to maximize the battery efficiency, they said. Specifically, they found that 10nanometers of TiN and 5 nanometers of TiO2 created the most efficient product.

Testing the battery they developed over 200 cycles, they found that it has a shorter charging time, a longer life between charges, and a greater overall lifespan than commercially used lithium-ion batteries, researchers said.

The team published a paper on their work in the journal Nature Communications. Researchers plan to continue to experiment to optimize the materials to improve the performance of future lithium-sulfur batteries, they said.