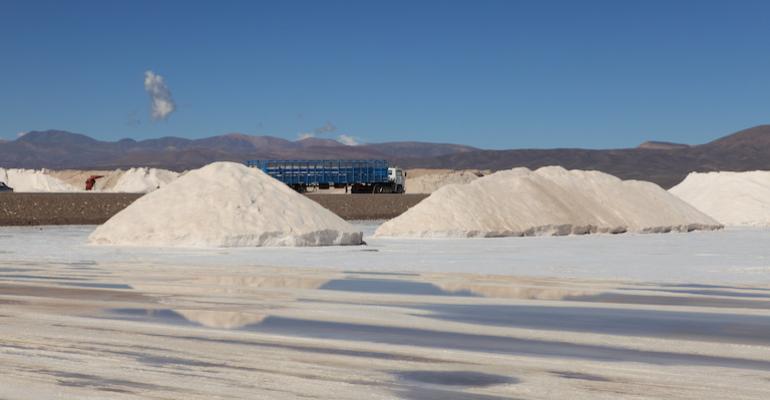 Two of the most popular sources of lithium for use in lithium-ion batteries are brine-based extraction from the aquifers of salt flats, typically in South America, and extraction from spodumene ore via hard rock mining, which typically takes place in Australia. Each method of lithium production is energy-intensive and therefore has a certain amount of greenhouse gas (GHG) emissions associated with it. Until now, very little study has been done to compare the level of emissions between the two production methods.

“Examination of current lithium production and the pursuit of future production, including from within the U.S., are critical to sustaining electric vehicle deployment,” said Michael Wang, director of the Systems Assessment Center at Argonne National Laboratory (ANL) and a co-author of a study sponsored by the US Department of Energy (DOE). The purpose of the study was to provide insights into the lithium production process and how it relates to long-term environmental sustainability, particularly in the area of transportation with batteries and electric vehicles. ANL researchers collaborated with SQM, a Chilean company that is one of the world’s biggest producers of lithium.

According to ANL, the researchers “modeled brine-based lithium extracted from the Salar de Atacama, a large salt flat in northern Chile near the Andes Mountains. The lithium is naturally dried in large ponds to evaporate the water, concentrate the lithium, and remove impurities. Materials and energy are later added to produce lithium carbonate and lithium hydroxide. These two end products are shipped worldwide to battery cathode producers that process them into a variety of battery materials.” In addition to the brine-based lithium extracted in Chile, the researchers augmented their data by modeling ore-based lithium extracted from spodumene ore in Western Australia.

In the study, life cycle analyses (LCAs) were conducted for battery-grade lithium carbonate (Li2CO3) and lithium hydroxide monohydrate (LiOH•H2O) produced from both Chilean brines (Salar de Atacama) and Australian spodumene ores. The LCA considered material, water, and energy flows associated with lithium acquisition, lithium concentration, production of lithium chemicals, battery cathode powders, and batteries, and associated transportation activities along every aspect of the supply chain. The LCA was also extended beyond the production of Li2CO3 and LiOH•H2O to include battery cathode materials as well as full automotive traction batteries to observe the effect that the lithium production pathways had on these end products.

“This study establishes a baseline for current practices and shows us potential areas for improvement,” said ANL lifecycle analyst and lead author Jarod Kelly. ​“With further research, it will be possible to use this information to help develop best practices for producing lithium in the most sustainable way,” he added.