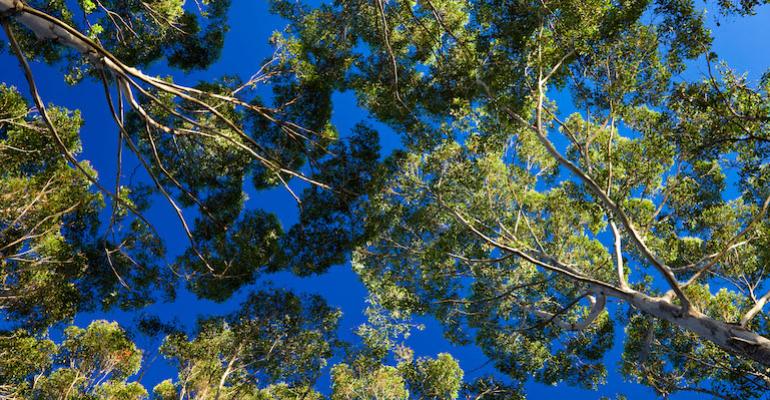 Microbes provide a sustainable way to eliminate fossil hydrocarbons from the petrochemical industry.

As the electrification of transportation reduces oil usage and more renewable energy cuts back on coal and natural gas demand, an area where fossil hydrocarbon materials will still be consumed is in the manufacturing of lubricants and plastic materials.

Fossil hydrocarbons are simple linear chains of carbon atoms with a hydrogen atom attached to each carbon. Through a variety of thermochemical processes, these hydrocarbon chains can be turned into various fuels, lubricants, and plastics that a modern society heavily relies upon.

There are other options available, however. The chemical precursors can be made biologically using microbes, but the products produced by microbially differ from fossil fuel hydrocarbons in two ways: They contain too much oxygen, and they have too many other atoms hanging off the carbons. For microbial hydrocarbons to work in existing processes to synthesize useful materials, they often have to be de-oxygenated (reduced) and stripped of extraneous chemical groups. Both processes take energy.

A team of chemists from the University of California, Berkeley, and the University of Minnesota has engineered microbes to make hydrocarbon chains that can be deoxygenated more easily and using less energy — basically, just the sugar glucose that the bacteria eat, plus a little heat.

The process allows microbial production of a broad range of chemicals currently made from oil and gas — in particular, products like lubricants made from medium-chain hydrocarbons, which contain between eight and 10 carbon atoms in the chain.

“Part of the issue with trying to move to something like glucose as a feedstock for making molecules or to drive the chemical industry is that the fossil fuel structures of petrochemicals are so different — they’re usually fully reduced, with no oxygen substitutions,” said Michelle Chang, UC Berkeley professor of chemistry and of chemical and biomolecular engineering in a UC news release. “Bacteria know how to make all these complex molecules that have all these functional groups sticking out from them, like all-natural products, but making petrochemicals that we’re used to using as precursors for the chemical industry is a bit of a challenge for them.”

“This process is one step towards deoxygenating these microbial products, and it allows us to start making things that can replace petrochemicals, using just glucose from plant biomass, which is more sustainable and renewable,” she said. “That way we can get away from petrochemicals and other fossil fuels.”

According to the researchers, “The bacteria were engineered to make hydrocarbon chains of medium length, which has not been achieved before, though others have developed microbial processes for making shorter and longer chains, up to about 20 carbons.” But the process can be readily adapted to make chains of other lengths, Chang said, including short-chain hydrocarbons used as precursors to the most popular plastics, such as polyethylene. 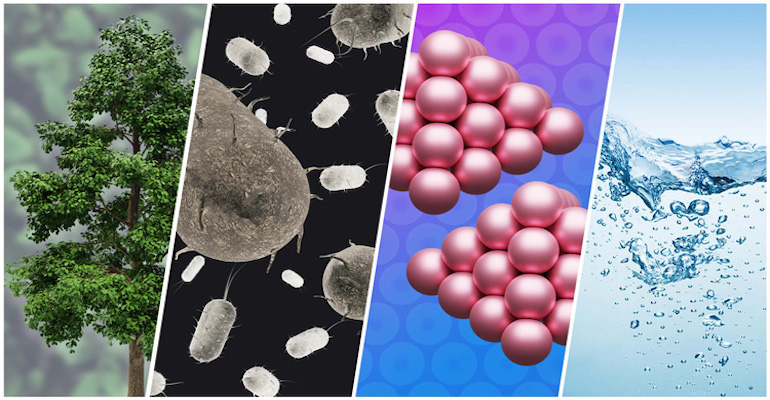 In all, the researchers inserted five separate genes into E. coli bacteria, forcing the bacteria to ferment glucose and produce the desired medium-chain fatty acid. The added enzymatic reactions were independent of, or orthogonal to, the bacteria’s enzyme pathways, which worked better than trying to tweak the bacteria’s complex metabolic network.

“We identified new enzymes that could actually make these mid-size hydrocarbon chains and that were orthogonal, so separate from fatty acid biosynthesis by the bacteria. That allows us to run it separately, and it uses less energy than it would if you use the native synthase pathway,” Chang said. “The cells consume enough glucose to survive, but then alongside that, you have your pathway chewing through all the sugar to get higher conversions and a high yield.”

That final step was to create a medium-chain fatty acid primed the product for an easy conversion by a catalytic reaction to olefins, which are precursors to polymers and lubricants.

“The biorenewable molecules that Professor Chang’s group made were perfect raw materials for catalytic refining,” said Dauenhauer, who refers to these precursor molecules as bio-petroleum. “These molecules contained just enough oxygen that we could readily convert them to larger, more useful molecules using metal nanoparticle catalysts. This allowed us to tune the distribution of molecular products as needed, just like conventional petroleum products, except this time we were using renewable resources.”

Heptene, with seven carbons, and nonene, with nine, can be employed directly as lubricants, cracked to smaller hydrocarbons, and used as precursors to plastic polymers, such as polyethylene or polypropylene, or linked to form even longer hydrocarbons, like those in waxes and diesel fuel.

“This is a general process for making target compounds, no matter what chain length they are,” Chang said. “And you don’t have to engineer an enzyme system every time you want to change a functional group or the chain length or how branched it is.”

Chang notes that the long-term and more sustainable goal would be to completely redesign processes for synthesizing industrial hydrocarbons, including plastics, so that they are optimized to use the types of chemicals that microbes normally produce, rather than altering microbial products to fit into existing synthetic processes. “There’s a lot of interest in the question, ‘What if we look at entirely new polymer structures?’,” she said. “Can we make monomers from glucose by fermentation for plastics with similar properties to the plastics that we use today, but not the same structures as polyethylene or polypropylene, which are not easy to recycle.”

Will EVs Be Vulnerable to the Same Kind of Thinking That Brought Us a Semiconductor Chip Shortage?
Dec 10, 2021