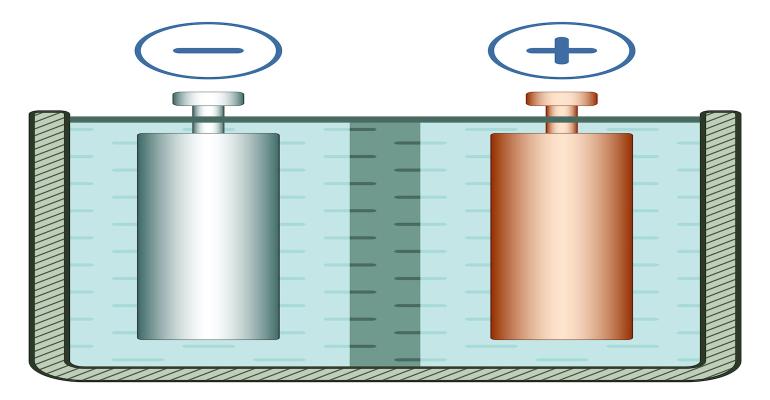 Academic researchers and battery development teams have already been working on the next generation of battery technology with a new technique to apply and sinter a thin ceramic film that could provide a novel method to produce solid-state electrolytes for lithium-ion batteries.

With more than 20 years of development behind them, commercial lithium-ion battery chemistry and design is fairly well-established. The various parts, an intermetallic oxide cathode (positive electrode), a graphite carbon-based anode (negative electrode), and an organic solvent liquid electrolyte that allows transport of lithium ions has become the standard recipe for batteries that find their way into everything from laptop computers and handheld electronic devices, to electric vehicles (EV), to large scale-grid power storage systems.

The Promise of Solid-State Electrolytes

With lithium-ion battery basics in hand, academic researchers and battery development teams have already been working on the next generation of battery technology. One push for the last ten years has been to develop a solid-state electrolyte to replace the flammable organic solvent used in the electrolyte. A variety of polymers and ceramics have been tested in this role. The object is to improve performance by allowing higher charging and discharging rates, and to improve safety, first by removing the flammable materials that are presently used for electrolytes, and secondly, to suppress the growth of dendritic crystals of lithium metal. These needle-like crystals, under certain conditions, can grow large enough to reach across the gap between the anode and cathode, causing battery internal short circuit that can result in a battery fire. The hopes are high that a solid-state electrolyte material can suppress the growth of these dendritic crystals, making the battery safer.

Researchers are looking at ceramic thin films as one possible solid-state electrolyte (SSE), but the problem found with most current SSE thin films is that they have low lithium ionic conductivities, ranging from 10−8 to 10−5 S/cm. The low conductivity is generally attributed to the poor quality of the thin film material resulting from poor crystallinity.

Recently, a research team led by Liangbing Hu at the University of Maryland (UMD) College Park described a new method of printing and sintering a variety of SSE thin films. The work, “Printable, high-performance solid-state electrolyte films,” was published on November 18, 2020, in Science Advances.

The team described their process as, “A precursor suspension is printed on a substrate, whose concentration and thickness can be adjusted. The high-quality and high-performance SSE thin film can then be obtained after rapid (~3 seconds) high-temperature (~1500°C) sintering, ensuring minimal Li loss and high crystallinity.” The approach is said to not only lead to dense and uniform microstructure for the SSE thin films but also “ensures superior ionic conductivity.” The rapid heating allows the formation of a dense, polycrystalline film structure but, due to the short sintering time limits volatile element loss.

The entire fabrication process – from precursor to the final product – takes only about 5 minutes, which is up to 100 times faster than conventional fabrication methods. The team calls this method “printing and radiative heating” (PRH) because it features a solution-based printable technique followed by rapid high-temperature sintering. The technique is also material nonspecific, with the ability to sinter a range of high-performance solid-state films.

The UMD team showed a printed garnet-based SSE thin film to have high ionic conductivity of up to 10-3 S/cm and exhibiting excellent cycling stability. Because of the range of materials for which the technique can be applied, the PRH method enables complex multilayer assembly without cross-contamination during fabrication. The ability to place ceramic thin films may open new opportunities in developing safe and high-performance solid-state lithium-ion batteries, as well as other thin-film-based devices.