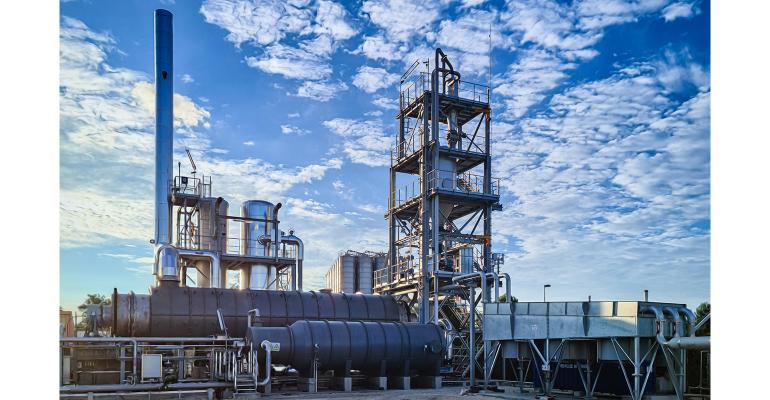 Orion first announced in May it will build the only plant in the U.S. producing acetylene-based conductive additives—a critical link in the value chain for lithium-ion batteries, high-voltage cables and other products powering the global transition to electrification and renewable energy.

Acetylene is a colorless gas widely used as a chemical building block. Orion’s production process turns acetylene into a powder, which is added to lithium-ion batteries, enhancing electrical conductivity and extending the lifetime of the most valuable component of an electric vehicle. The material plays a similar role in high-voltage cables used for wind and solar farms.

Orion’s planned facility in La Porte, Texas, south of Houston, will be backed by a long-term agreement for acetylene supplied from a neighboring site owned by Equistar Chemicals LP, a subsidiary of LyondellBasell.

Orion will invest between $120 million and $140 million in the facility, expected to start up in the second half of 2024. The investment should increase the company’s conductive additives capacity by approximately 12 kilotons per year.

The U.S. plant will bring new technology and high-skilled jobs to the country and positively impact long-term job creation for the local community. Demand for battery additives is expected to grow rapidly amid a global boom in the construction of gigafactories making lithium-ion batteries.

“We’re ramping up the supply of conductive additives to match the increasing demand from the EV market for lithium-ion batteries,” stated Jennifer S. Stroh, director of specialties sales and marketing Americas. “For the first time, the North American battery market will have domestic availability of shipments and a consistent supply.”

The company will also highlight its range of acetylene based conductive additives that benefit, respectively, lithium-ion and lead-acid batteries.

In addition, Orion’s acetylene black production generates a high yield. As a result, PRINTEX kappa 100 has a remarkably low carbon footprint and contributes to the reduction of greenhouse gas emissions.

The PRINTEX kappa 210, 220 and 240 grades increase the dynamic charge acceptance (DCA) of advanced lead-acid batteries by up to 60% while maintaining acceptable water loss. They have very low metallic impurities, which results in extended battery cycle life. The modified surface of these grades maintain conductivity and surface area while suppressing the hydrogen evolution reaction, lowering water loss to acceptable levels. As a result, battery manufacturers can use higher loading to achieve higher charge acceptance.