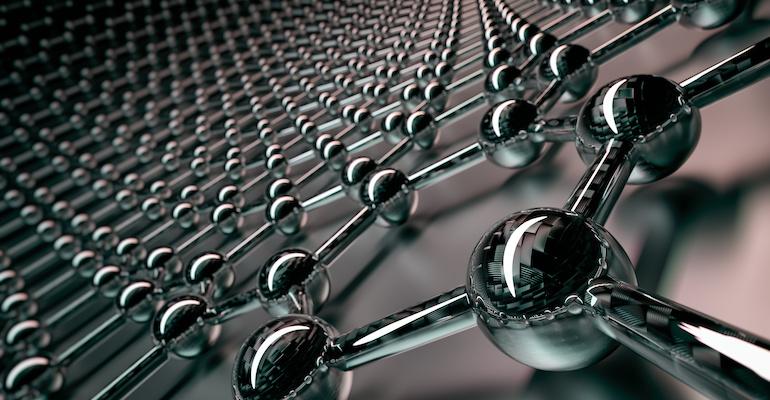 An ‘asymmetrical’ design gives the device unprecedented energy density as well as long-term stability on par with some commercial batteries.

Supercapacitors have never caught on as energy-storage devices for commercial electronics because of their relatively low energy density, even though they can store large amounts of energy and release them very quickly.

That could change in the future thanks to new technology from an international team of researchers assembled at the Technical University Munich (TUM). The team used a graphene hybrid material to develop a supercapacitor with unprecedented energy efficiency on par with some nickel-metal hybrid commercial batteries currently in use, researchers said.

Moreover, researchers managed to pair that density with stability to create a supercapacitor that has potential for long-term use, they said. They achieved these properties through a combination of different materials--or an “asymmetrical” chemistry--combining a sustainable graphene hybrid material as the positive electrode of the device, with a proven negative electrode based on titanium and carbon, researchers said.

Graphene hybrids (left) made from metal-organic frameworks (MOF) and graphenic acid make an excellent positive electrode for supercapacitors, which thus achieve an energy density similar to that of nickel-metal hydride batteries

"Nature is full of highly complex, evolutionarily optimized hybrid materials – bones and teeth are examples,” he said in a press statement. “Their mechanical properties, such as hardness and elasticity were optimized through the combination of various materials by nature.”

Graphene hybrids have a unique combination of characteristics that make them both porous, with a large surface area and controllable pore size, and high electrical conductivity.

The hybrid the team, in particular, worked with used a combination of a microporous MOF with a conductive graphene acid. This material mix paired the ability to collect a large number of charge carriers within the material, given the pore size, with electrical conductivity--two desirable properties for energy storage, researchers said.

Researchers also linked the graphene acid with the MOFs, resulting in MOFs with a very large inner surface of up to 900 square meters per gram and high-performance potential as positive electrodes in a supercapacitor.

The bonds between the two components—similar to the chemical bonds between amino acids in proteins--are what give it its stability, Fischer noted. "In fact, we have connected the graphene acid with a MOF-amino acid, which creates a type of peptide bond,” he said in a press statement.

The more stable the bonds between these two components, the more charging and discharging cycles are possible without significant performance impairment, researchers said. In fact, in tests they found that the device retained close to 90 percent capacity even after 10,000 cycles, double the typical useful lifetime of lithium batteries, which are most useful after 5,000 cycles, they said.

Researchers published a paper on their work in the journal Advanced Materials. The research team—assembled by guest researcher Jayaramulu Kolleboyina from the Indian Institute of Technology—included electrochemistry and battery research experts in Barcelona, Spain; graphene derivative experts from the Czech Republic; and other technology partners from the United States and Australia.