Solar Energy can be Stored for Months With This Innovative Material 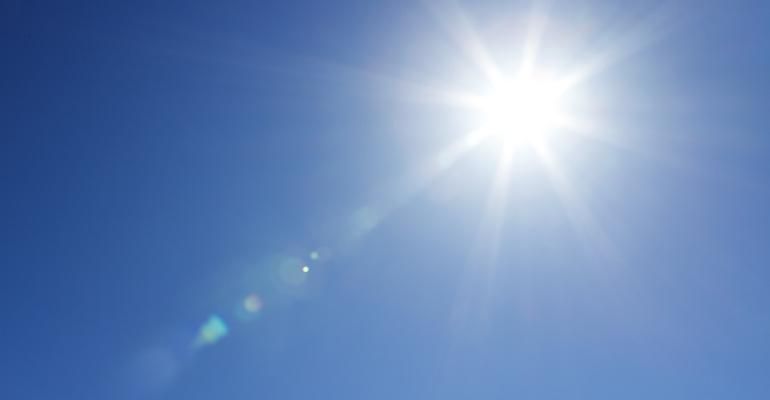 Here is a way for more long-term and controlled release of renewable sources of energy for novel applications.

Solar energy is eyed as a key sustainable source of electricity for the future, but scientists are still trying to figure out the best and most efficient way to store it for long-term use.

Researchers at Lancaster University may have found a way to support both endeavors with the discovery of a new crystalline material that can not only capture solar energy but also store it for several months and then release it on demand as heat.

The team, led by Professors John Griffin and Nathan Halcovitch in the Materials Chemistry department at the university, set out to study a specific composite material known as DMOF1 and previously synthesized by a research team at Japan’s Kyoto University.

The material is based on a type of metal-organic framework (MOF) or a network of metal ions linked by carbon-based molecules to form 3D structures. MOFs are porous materials, which means they can form composite materials by hosting other small molecules within their structures. The Lancaster team wanted to see if DMOF1 could be used to store energy, a hypothesis not previously explored, researchers said.

Related: Solar Power Invests in the Value of the Grid

In the case of DMOF1, the MOF pores were loaded with molecules of azobenzene--a compound that has strong light-absorption properties. The azobenzene molecules, then, act as photoswitches, which can change shape with the application of an external stimulus, such as light or heat, researchers said.

Researchers tested this phenomenon by exposing the material to UV light. This caused the azobenzene molecules to change shape to a strained configuration inside the MOF pores--a process that stored energy in a similar way to the potential energy of a bent spring, they said. Moreover, the narrow MOF pores trapped the azobenzene molecules in their strained shape, meaning that the potential energy can be stored for long periods at room temperature.

To release the energy, researchers applied external heat to trigger DMOF1 to switch its state in a quick burst of change, providing a heat boost that could provide warmth to other materials or devices, Griffin explained.

“The material functions a bit like phase-change materials, which are used to supply heat in hand warmers,” he said in a press statement. “However, while hand warmers need to be heated in order to recharge them, the nice thing about this material is that it captures free energy directly from the sun. It also has no moving or electronic parts and so there are no losses involved in the storage and release of the solar energy.”

Another advantage of the material discovered after further tests is that it can store the energy for at least four months, which can help solve one issue that is currently limiting the use of solar energy. This paves the way for use of solar energy even when the sun is not shining, allowing for cross-seasonal use in places with significant light only for certain parts of the year, researchers said.

The team published a paper on its work in the journal Chemistry of Materials.

A graphic shows how a crystalline material can generate and store solar energy. Researchers from Lancaster University explored the properties of the material and some potential uses.

While the idea of storing solar energy in photoswitch materials is not new, previous research required the materials to be liquid. Because DMOF1 is a solid, it is more chemically stable and thus more easily contained than liquid photoswitches, expanding the option for applications, researchers said.

For instance, the material can be used to develop coatings or standalone devices that have solar-energy collection and storage properties, which makes it well-suited for applications such as heating systems in off-grid systems or remote locations, or as a sustainable form of energy to supplement conventional heating in houses and offices, they said.

The material also could be used for the design of smart energy solutions in construction or automotive applications by producing it as a coating for the surface of buildings, or on car windscreens to de-ice the glass in cold temperatures, researchers added.

It could potentially also be produced as a thin coating and applied to the surface of buildings, or used on the windscreens of cars where the stored heat could be used to de-ice the glass in freezing winter mornings.

Researchers plan to continue their work to bolster the energy density of the material’s storage capability, which they said was merely “modest.” They also plan to investigate other MOF structures and types of crystalline materials to bolster storage capacity, Griffin said.

“We hope that with further development we will be able to make other materials which store even more energy,” he said.