Two Into One: Solid-State Lithium Batteries with a Silicon Anode 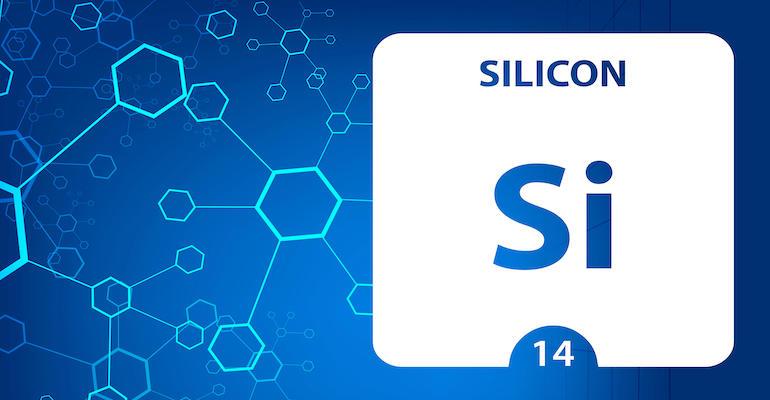 By combining a silicon anode with a solid-state electrolyte, researchers are making progress on improved lithium battery performance.

As the search continues for high-performing lithium-based battery systems, new combinations of materials and ideas are showing promise. One new concept from the University of California in San Diego is to combine solid electrolytes with silicon anodes to produce a battery with significantly higher energy density than current commercial lithium-ion batteries while also providing an adequate number of charge and discharge cycles.

Solid-state electrolytes and silicon anodes each are under study separately but until now have not been combined into one battery system. Silicon anodes, replacing carbon graphite anodes, have the potential for up to 10 times the energy density. But there are problems. When lithium ions enter the silicon matrix of the anode they cause a large amount of expansion of the structure, creating cracks. The cracks allow the cell’s liquid electrolyte to penetrate the anode and chemical reactions occur that reduce the effectiveness of the electrolyte. After a relatively small number of charge and discharge cycles, the performance of the cell degrades to the point where it is no longer useful. Significant research is underway to alter the structure of the silicon anode and to develop new liquid electrolytes to try to improve the performance of silicon anodes.

Solid electrolytes are often viewed as the holy grail of lithium batteries. The graphite anode of a commercial lithium-ion battery can only hold a limited amount of lithium when the battery is charged and thus is limited in the amount of lithium that can be released while the battery is discharged. Instead of using graphite, solid-state batteries use a thin foil of lithium metal as the anode. The metal can provide vastly more lithium ions than the graphite anode, however during charging with liquid electrolytes, needle-like crystals of lithium called dendrites form on the anode and can grow large enough to short circuit the battery. Solid electrolytes, made from either polymers or ceramics can help to suppress the growth of dendrites.

Of course, it isn’t that simple. Solid-state batteries with high energy densities have used metallic lithium as an anode, placing restrictions on battery charge rates and the need for an elevated temperature (usually 60 degrees Celsius or higher) during charging. That’s where the silicon anode comes in. It overcomes these limitations, allowing much faster charge rates at room to low temperatures while maintaining high energy densities.

The UC San Diego team demonstrated a laboratory-scale full cell that delivers 500 charge and discharge cycles with 80% capacity retention at room temperature—this is progress for both the silicon anode and solid-state battery communities.

“As battery researchers, it’s vital to address the root problems in the system. For silicon anodes, we know that one of the big issues is the liquid electrolyte interface instability," said UC San Diego nanoengineering professor Shirley Meng, director of the Institute for Materials Discovery and Design at UC San Diego in a university press release. “We needed a totally different approach.”

"This new work offers a promising solution to the silicon anode problem, though there is more work to do," said Meng, "I see this project as a validation of our approach to battery research here at UC San Diego. We pair the most rigorous theoretical and experimental work with creativity and outside-the-box thinking. We also know how to interact with industry partners while pursuing tough fundamental challenges."

According to the team, “Past efforts to commercialize silicon alloy anodes mainly focus on silicon-graphite composites, or on combining nano-structured particles with polymeric binders. But they still struggle with poor stability. By swapping out the liquid electrolyte for a solid electrolyte, and at the same time removing the carbon and binders from the silicon anode, the researchers avoided a series of related challenges that arise when anodes become soaked in the organic liquid electrolyte as the battery functions.”

In addition, by eliminating the carbon in the anode, the team reduced the interfacial contact (and its unwanted side reactions) by using the solid electrolyte and thus avoided the capacity loss that typically occurs with liquid-based electrolytes. By combining the silicon anode with a solid electrolyte the team was able to obtain the benefits of a low cost, high energy, and environmentally benign silicon anode.

Sulfide-based solid electrolytes were often believed to be highly unstable. However, this was based on traditional thermodynamic interpretations used in liquid electrolyte systems, which did not account for the excellent kinetic stability of solid electrolytes. The team saw an opportunity to utilize this counterintuitive property to create a highly stable anode.

“The solid-state silicon approach overcomes many limitations in conventional batteries. It presents exciting opportunities for us to meet market demands for higher volumetric energy, lowered costs, and safer batteries especially for grid energy storage,” said Darren H. S. Tan, a chemical engineering Ph.D. graduate who worked on the project while at UC San Diego. "With this battery configuration, we are opening a new territory for solid-state batteries using alloy anodes such as silicon," he added.