A Use for Human Sweat? This Flexible Battery can Power Wearable Devices 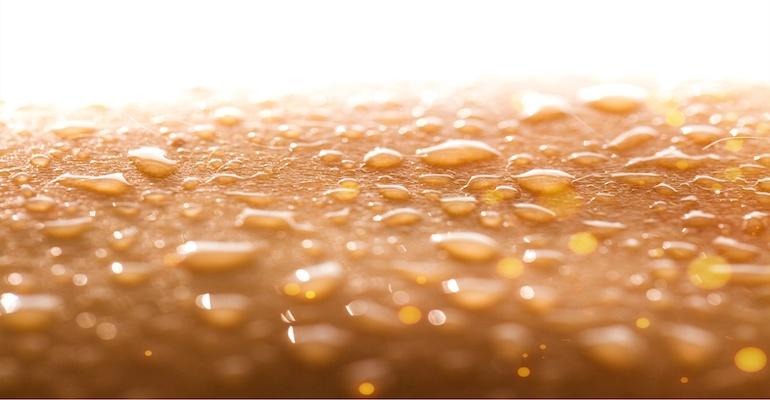 Researchers in Singapore have developed a soft and stretchable device that can be printed and avoids the use and spread of toxic materials.

Researchers already have used sweat in wearable textiles and fuel cells to create electricity to power small devices. Now a team of researchers in Singapore has developed a soft and stretchable battery that is powered by human perspiration.

Scientists from Nanyang Technological University (NTU Singapore) created the prototype device, which is comprised of printed silver flake electrodes that generate electricity when sweat is present, researchers said. The idea is that someone can use the battery with wearable technology when moving or exercising to power small devices, or it can be built into sensors.

The idea is not only to create a renewable source of energy but also keep potential toxic materials present in batteries for wearable devices out of the environment as well as coming into direct contact with someone’s skin, said Lyu Jian, a research fellow from NTU’s School of Materials Science and Engineering.

“Conventional batteries … are often built using unsustainable materials which are harmful to the environment,” Jian said. “They are also potentially harmful in
wearable devices, where a broken battery could spill toxic fluids onto human skin. Our device could provide a real opportunity to do away with those toxic materials entirely.”

Researchers developed the battery—which measures 2 centimeters (cm) by 2 cm and is as flat as a paper bandage--by printing an ink containing silver flakes and
a material called hydrophilic polyurethane-acrylate (HPUA), which function as the battery electrodes--onto a stretchable textile.

The key to the device’s ability to create a current is the reaction that happens when the silver flakes come into contact with sweat, researchers said. At this point, the chloride ions and acidity cause the silver flakes to clump together, which boosts their electrical conductivity.

The team fixed the battery to a flexible textile that can absorb sweat and also can be attached to wearable devices, such as a watch, wristband, or arm strap. They then tested its performance in two scenarios.

In the first, they used artificial sweat to demonstrate its potential use for integration in wearable biosensors. In a separate trial, someone wore the battery around their
wrist and cycled on a stationary bicycle for 30 minutes.

In the latter test, the test subject managed to generate a voltage of 4.2 volts and output power of 3.9 milliwatts—enough power for a commercial temperature sensor to send the data continuously to a smartphone via Bluetooth, researchers said.

The battery also maintained its performance throughout the movement of the person wearing it, researchers said. This is because the resistance of the battery becomes lower when it’s exposed to strain, such as when someone stretches while exercising.

And because the flexible textile of which the battery is very absorbent, it can retain a significant amount of perspiration; this allows the battery to remain charged even if the sweat someone produces varies or becomes less, researchers said.

“Our device could be more durable than current technology, as we showed it could withstand strain from a wearer’s daily activities and repeated exposure to stress or sweat,” noted Professor Lee Pooi See, dean of NTU Graduate College and the leader of the research.

Researchers also cited the battery’s slim size as being advantageous for designers of wearable tech who have the user’s comfort in mind.

The team published a paper on their work in the journal Science Advances as well as posted a video on YouTube showing how it works.

Researchers plan to continue their work by further exploring the effects of various components of human sweat and how factors such as body heat may affect the performance of the battery.