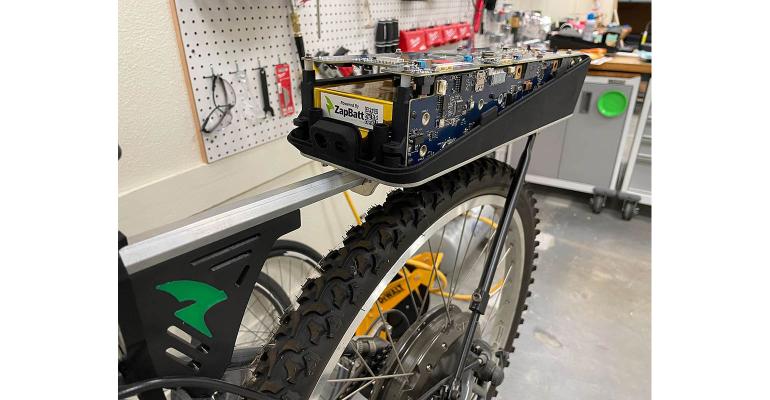 ZapBatt is partnering with Toshiba, merging its proprietary Artificial intelligence (AI) software technology and next-gen battery hardware with Toshiba’s lithium titanium oxide (LTO) battery cells to create a new battery option for the micro-mobility marketplace. The companies announced the partnership in a news release. The combined solution enables the LTO battery system to be faster, smarter, and more economical while allowing real-time battery management and optimization.

“With ZapBatt’s hardware and software, and our LTO chemistry, there is no other solution as fast, safe, and cost-effective on the market,” stated Greg Mack, Vice President & General Manager - Power Electronics Division, at Toshiba.

The Toshiba LTO batteries fully charge in 20 minutes, achieve at least 20-year lifespans, and offer minimal risk of thermal runaway, according to the company. Additionally, the cells perform in freezing temperatures as low as minus 22 F, compared to 32 F for typical Li-ion cells.

“Unlike other chemistries, lithium titanium oxide is very efficient in a variety of conditions, not just on a lab bench,” stated Charlie Welch, CEO and Co-founder of ZapBatt. “It’s like the Seabiscuit of batteries.”

Chips: Chips did not exist to work with lithium titanium oxide. ZapBatt’s custom LTO optimized battery management system (BMS) works at the unique voltages of LTO with the ability to be reconfigured to adapt as the cell chemistry grows, enabling a programmable chip that can work with other chemistries and voltages.

Voltage: ZapBatt’s Bi-Directional Adaptive Terminal Voltage (BATV) technology allows for voltage control of the battery system digitally with software. This allows LTO to be a one-for-one swap of any lithium-ion chemistry without the customer modifying their system allowing the batteries to be re-configured for other applications at software speed.

Energy Density: Integrated AI allows the battery to improve the system’s performance by analyzing how energy is being used, such as in enhanced regenerative braking for e-bikes. Other battery chemistries don't have the flexibility to move energy in and out as quickly.

Along with the Toshiba SCiB cells, ZapBatt software uses a combination of machine learning and proprietary hardware to continuously improve battery performance. The company's software analyzes 26 data points, illustrating how the battery performs to improve charging operations, essentially talking to the battery and making changes. Over time, the batteries provide data that enable the system to become even more energy efficient.

The company is conducting several micro-mobility pilot demonstrations in North America and the batteries are estimated to be commercially available in early 2023.