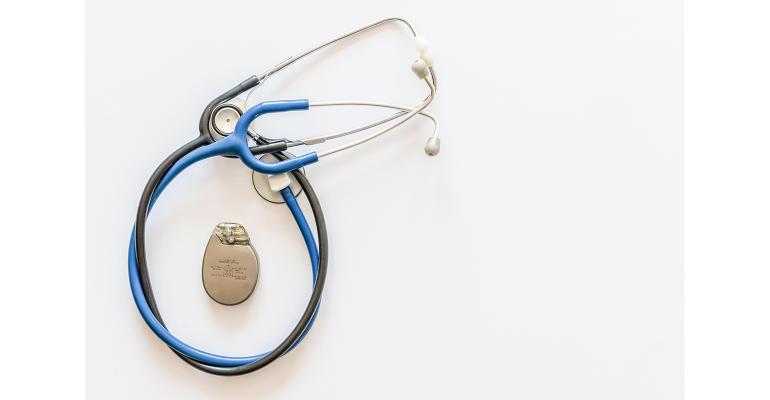 New advances have the potential of extending the battery life of lifesaving devices carried on—or even in—the human body.

In past decades, medical devices have become personal: Where people with, for example, heart disease or diabetes once had to be in a doctor’s office to have their heart rate or blood sugar level checked, they now personally carry devices that monitor or treat their conditions.

Some of these devices are worn next to the body—others, such as heart defibrillators and pacemakers are carried inside the body. Over time, these devices have gotten smaller, less obtrusive, and more capable—and many of them depend on batteries. Two recent developments have the potential to improve some of these devices.

Implantable devices are mostly powered by non-rechargeable batteries that will ultimately run out of power and need to be replaced by surgery. To avoid extra surgeries and risk of battery complications especially in life-sustaining devices (e.g., pacemakers) scientists are working relentlessly to enhance the longevity of non-rechargeable batteries.

Researchers ̶ Kavanaugh Postdoctoral Fellow Haining Gao, graduate student Alejandro Sevilla, associate professor of mechanical engineering Betar Gallant, and four others at MIT and Caltech ̶ have come up with a way to improve the energy density of these non-rechargeable batteries. The new findings, which involve substituting the conventionally inactive battery electrolyte with a material that is active for energy delivery.

The new material has the potential to enable up to a 50% increase in useful lifetime, or a corresponding decrease in size and weight for a given amount of power or energy capacity, while also improving safety, with little or no increase in cost.

“Pacemaker batteries typically last from five to 10 years, and even less if they require high-voltage functions such as defibrillation. Yet for such batteries, the technology is considered mature, and there haven’t been any major innovations in fundamental cell chemistries in the past 40 years.” stated Gao.

Using a new liquid fluorinated compound, the team found that they could combine some of the functions of the cathode and the electrolyte in one compound, called a catholyte. “While there are other materials besides this new compound that could theoretically function in a similar catholyte role in a high-capacity battery, those materials have lower inherent voltages that do not match those of the remainder of the material in a conventional pacemaker battery, a type known as CFx.” explained Gallant. 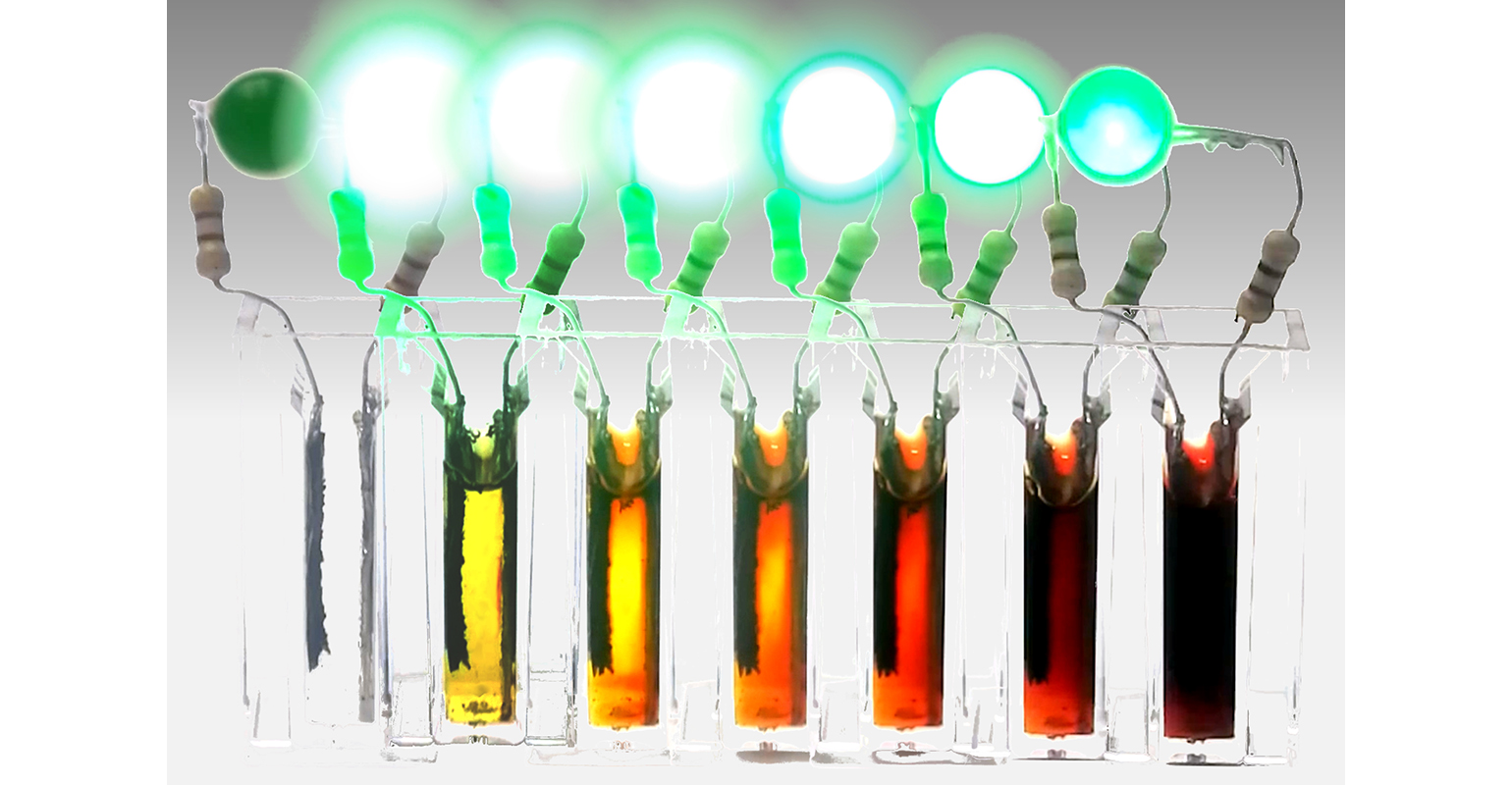 Time-lapse series of images shows the new type of battery becoming fully discharged over a period of days.

In a conventional CFx battery, the liquid electrolyte is essential because it allows charged particles to pass through from one electrode to the other. But “those electrolytes are actually chemically inactive, so they’re basically dead weight,” continued Gao. “This means 50% of the battery’s key components, mainly the electrolyte, is inactive material. But in the new design with the fluorinated catholyte material, the amount of dead weight can be reduced to 20%,” she added.

One big advantage of the new material is that it can easily be integrated into existing battery manufacturing processes, as a simple substitution of one material for another at comparable prices. “Preliminary discussions with manufacturers confirm this potentially easy substitution,” stated Gao. The team’s next goal is to experimentally achieve the full 50% improvement in energy density predicted by their analysis. So far, they have demonstrated a 20% improvement. 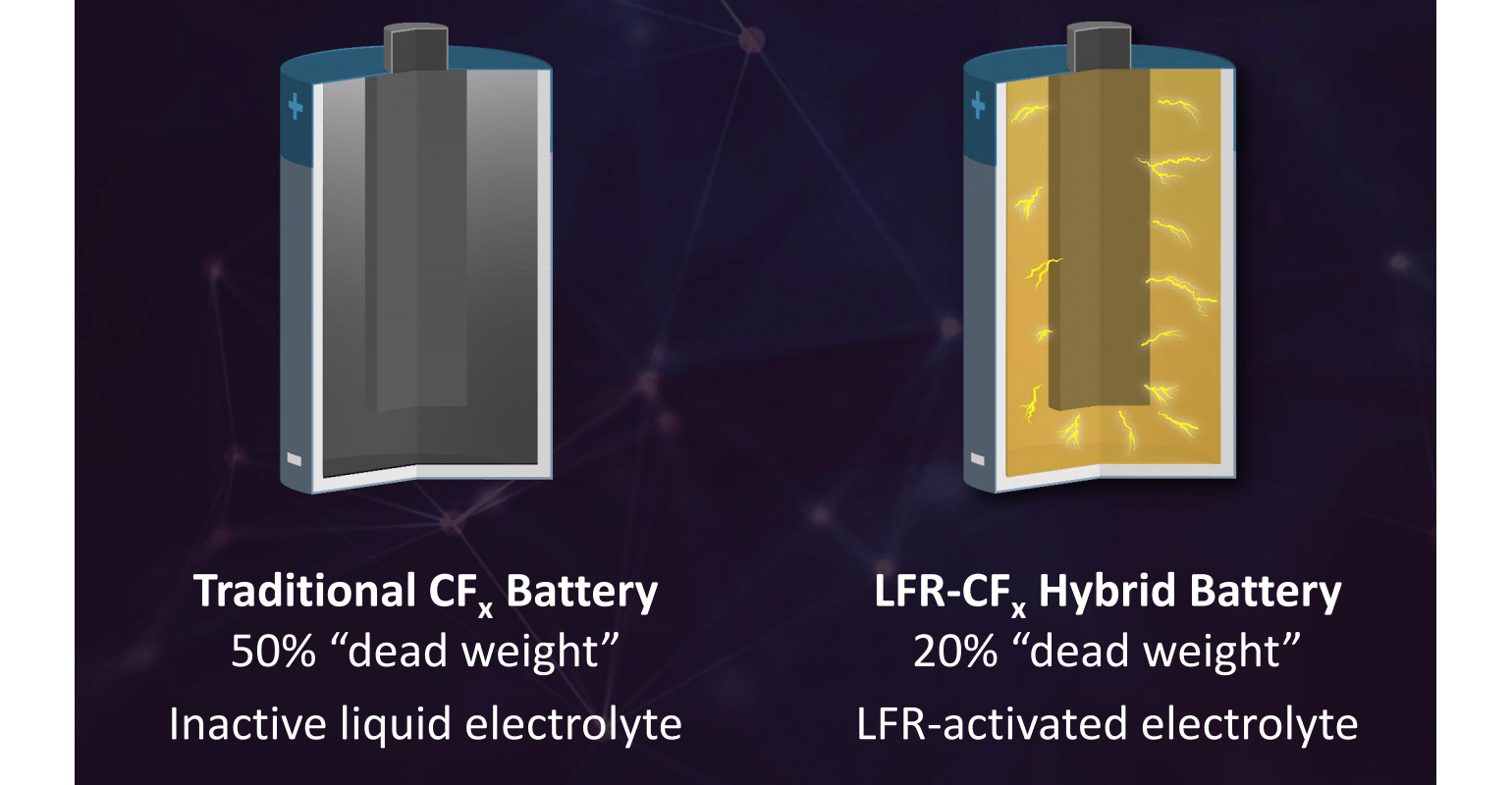 The implementation of wearable medical devices such as stretchable sensors has triggered a search for stretchable batteries that can flex and stretch along with a human body’s motions. Because wearable devices are exposed to the atmosphere, it is important to extend battery life while also protecting the batteries from atmospheric moisture and gases.

A team of researchers from Yokohama National University in Japan has developed a stretchable packaging film for batteries with a high gas and moisture barrier functionality.

“Currently, the use of large, solid batteries for stretchable devices is a problem in stretchable electronics. That is, while sensors and interfaces are soft, the batteries used are still hard,” said corresponding author Hiroki Ota of the Department of Mechanical Engineering at Yokohama National University. Researchers have developed soft and stretchable batteries, Ota explained, but they have had a major flaw: They cannot be exposed to the air due to the high gas and moisture permeability of their packaging materials. 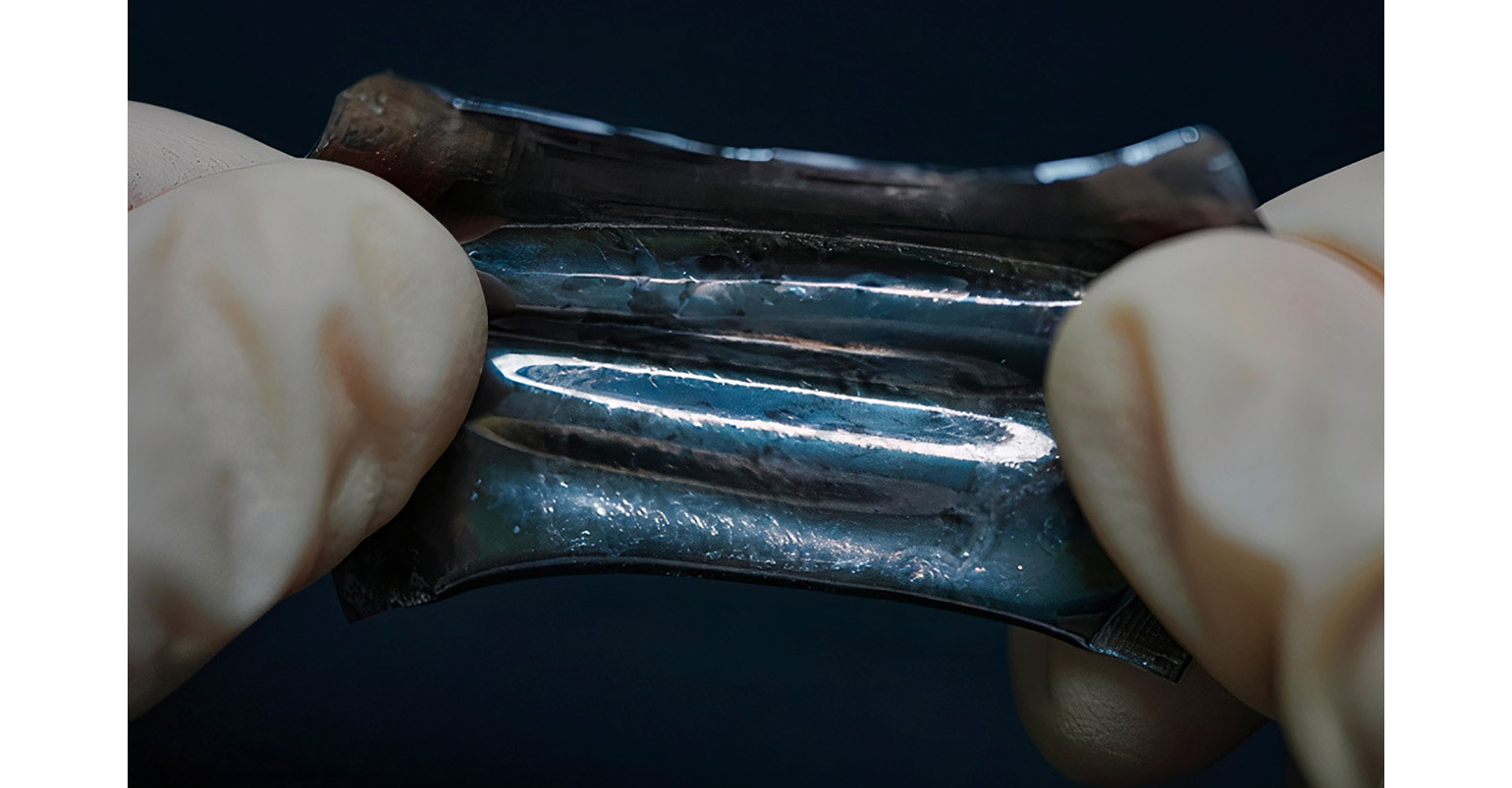 To create this flexible film with a high gas barrier, the researchers coated a thin layer of liquid metal onto a gold-deposited thermoplastic polyurethane film using the layer-by-layer method. This method allowed for the desired deformability, unlike aluminum-laminated films, which were used previously to address the issue of gas and moisture permeability but failed to allow for the needed flexibility.

Next steps for this research include enhancing the moisture protection ability of the film by modifying the materials. Another future direction is improving the stability of the performance of the batteries, even under deformation, by developing materials better suited for its parts. Making the film cost-effective will also contribute to eventual scalability.

This research holds promise of being able to use batteries that have high energy density, high working voltage and long-term stability and are also highly deformable—as opposed to bulky and inflexible—in wearable devices. As a result, the findings bring wearable devices closer to becoming more practical, which opens opportunities in medicine and health as well as other fields.

Charging up the future

The ongoing exponential growth in wearable medical devices and implants, such as hearing aids, implantable cardiac defibrillators, and pacemakers, will certainly lead to an increase in the demand for higher density, safer, compact, lighter, and more stretchable batteries.