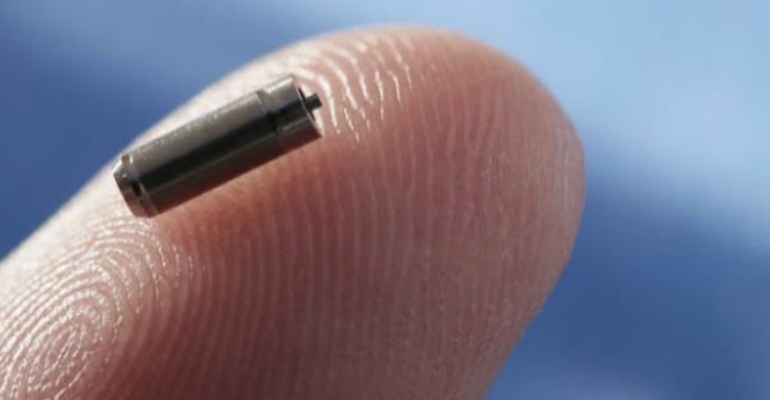 The medical battery market is a robust one, particularly in the US where health care has become highly dependent on technology, and in China where advanced medical technology is just beginning to be applied to a vast population. Sadly, the steady increase in chronic cardiovascular disease, particularly in rich nations, is helping to fuel significant growth. The global medical battery market was estimated to be $2.7 billion in 2020 and is expected to reach more than $4 billion by 2027—major drivers for this market are increasing demand for battery-powered portable and implantable devices in both diagnostic and patient-care practices.

The variety of applications for medical batteries is amazing and each role requires specialized performance characteristics. Some applications, like hand-held portable medical devices, require high specific energy and energy density. Others, like automatic external defibrillators, need to provide long-term continuous power providing periodic pulses of low current. Bone growth stimulators require continuous low-current capability. In addition, not only must medical batteries be completely reliable and long-lasting, but in many cases, they must be able small enough and safe enough to be implanted into a patient’s body to power life-saving devices.

A whole gamut of battery chemistries is used for medical purposes, including nickel-cadmium (Ni-Cd), nickel-metal hydride (NiMH), alkaline-manganese batteries, and even traditional lead-acid batteries. Non-rechargeable primary batteries are used in many medical devices. Zinc-air batteries, for example, are commonly found in hearing aids. These single-use batteries can provide high energy densities, are very light, and are relatively inexpensive to manufacture. The materials they contain are also relatively safe for disposal in the environment.

For a long time, the specialized nature of medical batteries has made them expensive to develop and manufacture. With the big push presently taking place to develop ever-improving, more powerful, and reliable batteries, particularly lithium-ion batteries, for applications like personal electronics and electric vehicles, the medical battery market will benefit.

Medtronic is a company that has embraced lithium-ion batteries—since 2004 all of Medtronic’s rechargeable medical application batteries, for example, are all lithium-ion. The company uses inductive charging—the recharge system, which was developed in collaboration with EaglePicher is sent home with the patient and is worn over the area where the device is implanted, recharging right through the skin.

Some of the latest developments have centered on thin-film lithium-ion batteries. These batteries have solid electrolytes and can be made small enough to be an integral part of implantable medical devices, such as defibrillators and neural stimulators, “smart” cards, radio frequency identification (RFID) tags, and wireless sensors.

It's in the Blood

As early as 2003, Japanese researchers at Panasonic's Nanotechnology Research Laboratory announced that they were working on a bio-battery that could generate electricity using enzymes to pull electrons from blood glucose. Two years later, a Japanese research team from Tohoku University, built a small "biological fuel cell." They claimed that the cell could be used to power small medical devices that could measure blood sugar levels in diabetics, for example.

Plasma is the liquid portion of blood and is made up mostly of water, but it also contains proteins, sugars, hormones, and salts. It transports water and nutrients to your body’s tissues—it’s also the part that is of interest to battery electrochemists who design bio-batteries that run off of bodily fluids or other organic compounds.

In 2007, a group of scientists at Rensselaer Polytechnic Institute (RPI) reported on a battery that uses the electrolytes naturally found in bodily fluids, specifically blood. The electrodes of the RPI battery are made from cellulose—effectively sheets of paper that are imprinted with aligned carbon nanotubes that make up the other 10 percent, give the paper its conductive abilities, and also make it black.

­The battery's paper-like construction gives it significant flexibility and the RPI team believes that the battery could, in the future, be printed in long sheets, which could then be cut into small, custom-shaped battery electrodes. Placing these electrodes into blood vessels would allow the plasma to act as an electrolyte and generate electricity. Several sheets of electrode paper could be added together to power medical implants, such as pacemakers, sensors, or advanced prosthetics. The thin paper-based bio-battery fits under the skin without causing any discomfort. As long as you keep eating and keep blood glucose levels up, the bio-battery will keep producing electricity.

Sony has continued developing several bio-battery concepts and has produced a battery that can give up to 50 milliwatts of power output. No blood-based battery is on the market yet but it’s another area of interest for medical battery research.

New Findings Bring Us a Step Closer to Silicon in Lithium-Ion Batteries
Nov 11, 2021