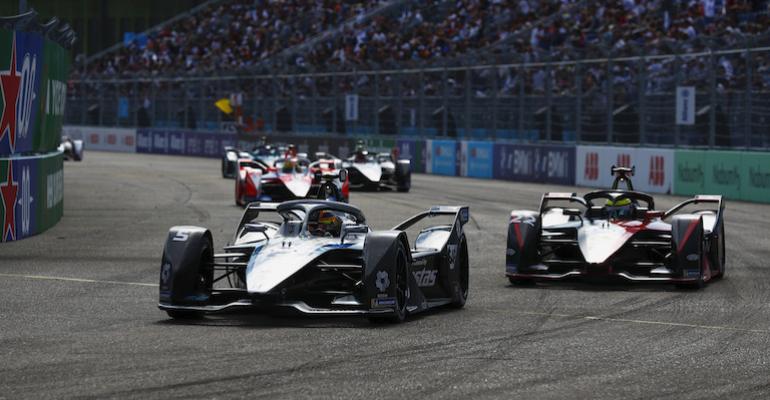 The 2020/2021 season for Formula E has just ended and the 7th season for the all-electric racers and has been its most successful. The number of OEM car makers involved included Audi, BMW, Mercedes-Benz, Mahindra, Jaguar, Porsche, and Nissan, a greater number than in any other racing series. Races continued to be held on temporary street circuits in the heart of major cities around the globe and the series championship wasn’t decided until the final two days of racing in Berlin.

Mercedes-EQ’s Nyck de Vries won the ABB FIA Formula E World Championship title at the 2021 BMW i Berlin E-Prix presented by CBMM Niobium in a dramatic way as the other top four title contenders failed to finish. ROKiT Venturi Racing's Edoardo Mortara finished second in the Drivers' standings with Jake Dennis from BMW i Andretti Motorsport in third. Mercedes-EQ also won the Teams Championship, followed by Jaguar Racing and DS TECHEETAH rounding up the top three in the standings.

Related: 9 Breathtaking Electric Sports Cars That Are at the Peak of EV Performance

In 2014, Formula E, the world’s first professional electric road-racing series, brought EV racing to the general public’s attention. For the first four seasons, Formula E teams were required to make a pitstop approximately halfway through the race, during which time the drivers changed into a fully charged car to complete the race. Although it was exciting for the fans to watch a driver hop from one car to another, the overall impression was that electric cars were limited in their range and usefulness. Williams Advanced Engineering supplied the battery system for the first four seasons.

The fifth season saw the introduction of a 2nd Generation car and the battery pack built by McLaren Applied Technologies almost doubled in size to 54 kilowatts (kW) and was built by McLaren Applied Technologies. The larger pack, along with a few other changes to the cars, allowed them to cover an entire race distance without car swapping. The 2nd Generation cars will be used for the upcoming 2021/2022 season but for the 2022/2023 season, a new 3rd Generation car is being built and Williams Advanced Engineering will once again be the battery supplier.

Drivers in the series have included several Formula 1 veterans, and hungry, young newcomers, from a broad spectrum of motorsports. The cars, which require the drivers to carefully manage energy usage, have proven to be challenging to drive, and just making it to the end of a race on the narrow and crowded street circuits can require a skill set unlike that of a typical racing series. 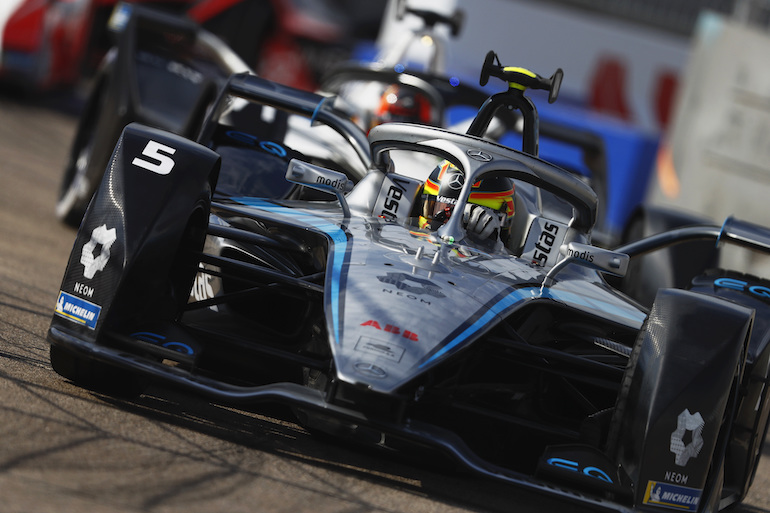 Even with its most successful season behind it, all is not rosy for Formula E. Just before the beginning of the most recent season, both BMW and Audi announced that they would be leaving Formula E at the end of the season. In Audi’s case, the company said it was in order to concentrate its racing efforts on a hybrid-electric entry for the formidable Dakar off-road race. Audi had been one of the original Formula E teams and had won the drivers’ title with Lucas di Grassi in 2016/2017 and teams’ title in 2017/2018, having 10 wins and a total of 42 podium appearances in 69 races. BMW on the other hand said its departure would allow the company to focus on building its next generation of EVs for the road.

This season’s winner, Mercedes EQ, has said it will also withdraw from Formula E at the end of the 2021/2022 season—the third German car company to leave the racing series says it needs to spend its resources on its growing line of EVs for the road. Mercedes-Benz is also continuing its incredibly successful but very expensive Formula One racing efforts, races that have a vastly larger viewing audience.

While the new 3rd Generation Formula E racer for the 2022/2023 season has not been finalized yet, some details have emerged. The plan is to increase available power to 300 kilowatts (kW) in race mode and 350kW in qualifying mode. The original 1st Generation cars could develop 150kW and the current 2nd Generation cars race at 200kW. Weight will also be significantly reduced, making the cars not only quicker but more lively on the street circuits. Formula E has also said that it wants the 3rd Generation cars to be capable of fast-charging at 600kW allowing short mid-race pit stops of around 30 seconds.

Other electric racing series are either under development or have started. This includes an off-road racing program called Extreme E that has been created by the same organizers as Formula E. With three slots for additional two-car Formula E teams opening to take the place of Audi, BMW, and Mercedes, it is likely that the series will continue to grow as EVs become more common in the market.

These Are the 8 Worst Electric Vehicles for Efficiency Available in the US
Aug 24, 2021