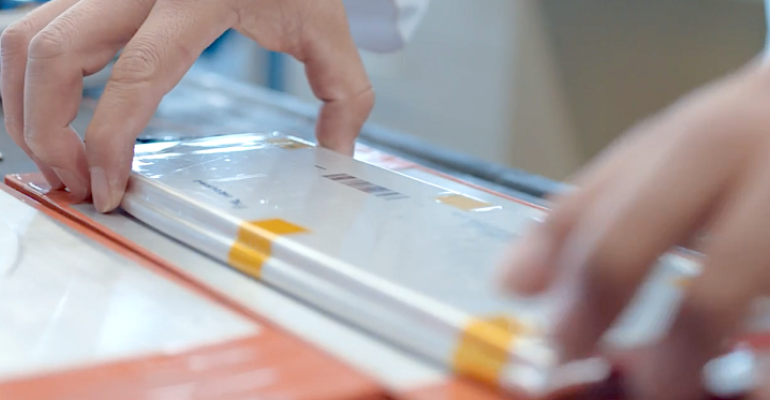 General Motors is getting lithium-ion battery packs ready for the GMC Hummer and other future battery-electric models.

Years of consumer experience with familiar AA-through-D-cell batteries makes it easy for us to conflate battery cells and battery packs.

The recent problem of unscrupulous online vape and flashlight sellers installing raw lithium-ion cells into their products with the expectation that consumers will replace these cells themselves is making the problem worse. It is a situation that LG Chem is addressing with full-page newspaper advertisements and a dedicated web site reminding consumers that bare lithium-ion cells are not consumer battery products that are safe to use on their own.

LG Chem is General Motors’ partner in a planned $2.3 billion conversion of the Lordstown, Ohio assembly plant into a battery plant to supply GM’s planned wave of EV models. Those EVs will come from GM’s Detroit-Hamtramck plant, which it has announced will undergo a $2.2 billion conversion to produce only electric vehicles, starting with an electric pickup truck such as the GMC Hummer in late 2021. 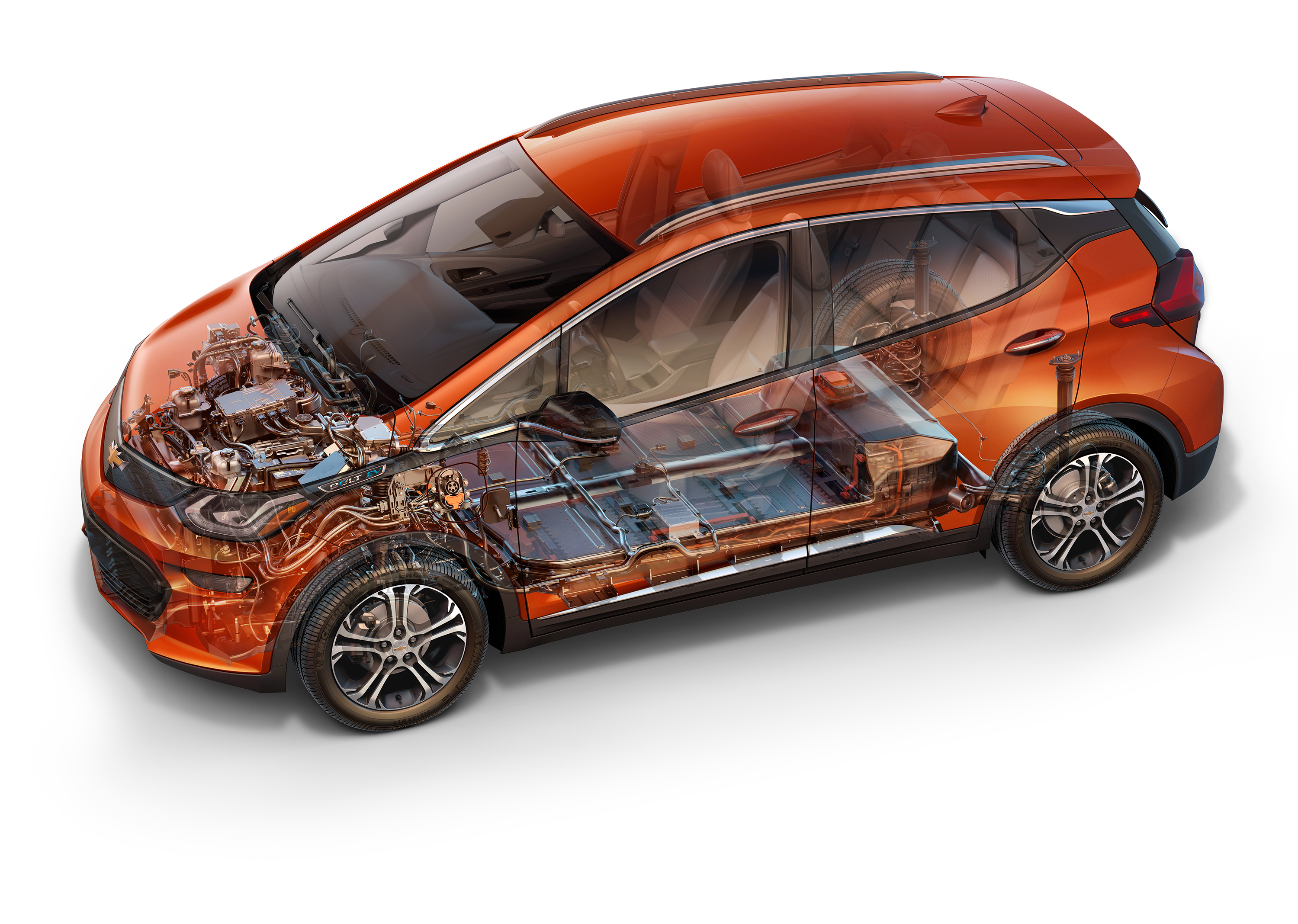 As we saw with battery files in laptop computers and even the first Boeing 787 airliners, even lithium-ion batteries that are properly packaged and electronically managed can suffer pyrotechnic failures. This is why General Motors operates a mammoth battery laboratory at its Warren Technical Center, where it tests battery packs to confirm their safety.

The first thing the lab does is test cells to compare them with the specifications provided by their manufacturers, according to Doug Drauch, lead engineer for battery test system integration. Manufacturers’ specs used to be fairly optimistic, though current suppliers tend to be more accurate in their specifications. “Nowadays, they are pretty straight with us,” Drauch reported.

Nevertheless, there’s a difference between basic specs and how the batteries perform in an automotive application, which is why the lab needs to test them, he said. “Early on, very few suppliers understood how the cells would work in a car,” he explained.

The lab has 40 battery test stations where engineers put the battery packs through their paces, charging and discharging exactly as if they were working in an EV. “We vary the levels of power based on a drive profile,” said Drauch. “As far as the battery pack is concerned, it is in a vehicle,” though it does not experience the vibration of actual driving.

One of the most important functions of this testing is developing the software algorithms that forecast battery life. It is easy for a combustion engine vehicle to measure and report the volume of liquid fuel remaining in its fuel tank, but the recoverable energy in a battery depends on so many variables that it is difficult to gauge.

That is compounded by the fact that EVs’ range is affected by temperature, lighting, speed, and traffic, which makes remaining driving range as tough to forecast as the weather. “The battery state estimator is one of the most important pieces of code we have in the car,” Drauch said. “You can’t just go out and buy a battery state of charge estimator.” Fully a third of the test channels of data on the batteries in the lab are dedicated to developing this software, he said.

In addition to the battery test stations, GM’s lab also has 18 climate chambers that can freeze and cook the battery packs to verify their ability to withstand extreme weather conditions.

Today, the lab is working with GM’s next-generation battery packs, after developing the T-shaped pack for the Chevrolet Volt plug-in hybrid and the flat, under-floor pack for the Bolt battery electric vehicle.

The 2020 Bolt features an updated version of its pack, referred to now as the BEV2 pack, and the company is preparing the BEV3 pack for use in upcoming vehicles.

Tweaks to the BEV2 pack and its programming have wrung a few extra miles out of it, with a driving range rating of 259 miles for the 2020 Bolt compared to 238 miles for the 2019 model. 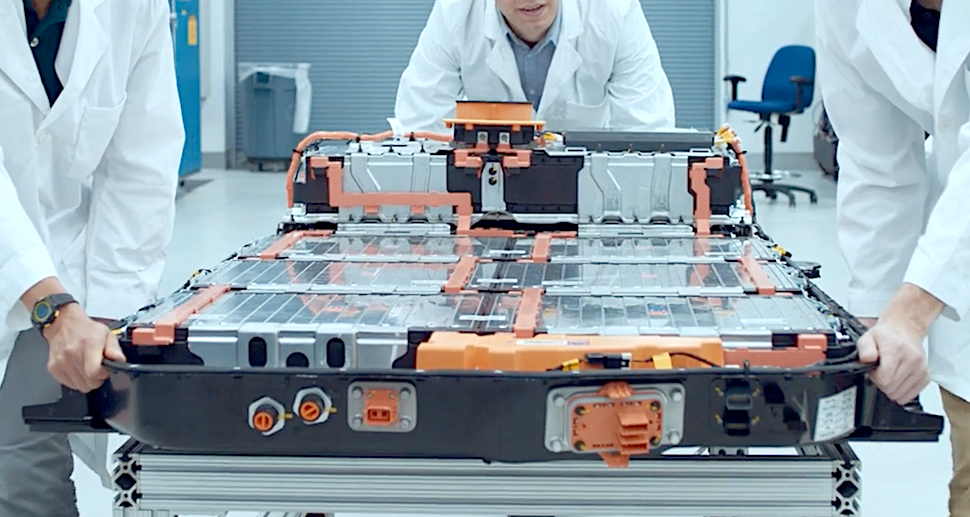 BEV3 features changes similar to those that Ford announced for the Mustang Mach-E’s pack. This is a larger package that covers more floor area, but it is shallower, making it more friendly for use in vehicles that aren’t as tall as the Bolt.

The pack is designed to be modular, so the same basic pack can be used in plug-in hybrid duty for supplemental power, battery-electric vehicle duty for regular around-town service, and long-range BEV driving service. Its configuration can vary, with 6, 8, 10, 12 or 24 packs of cells inside.

The 400-volt versions of the pack will support 150-kW DC fast charging, and the 800-volt packs will work with 350-kW DC fast chargers. All of this rigorous testing and packaging of the basic cells underscores the message that lithium-ion battery cells are raw material and not finished consumer products, as GM’s battery packs are when they go into cars.

With the battery lab putting these packs through their paces in preparation for use by real customers, all that remains is for GM to introduce the vehicles that will use them so we can give them a try!