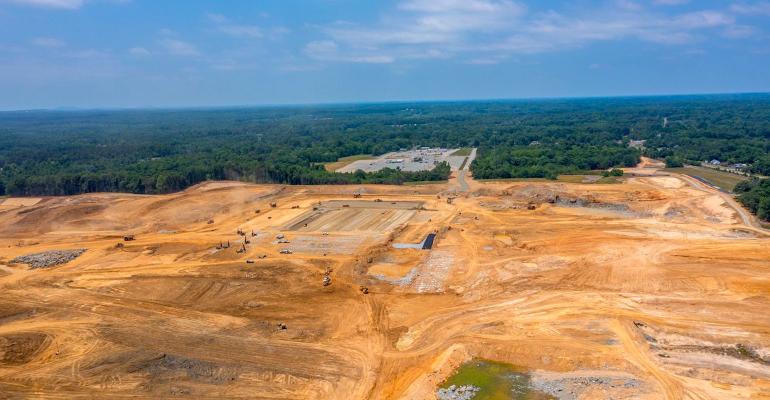 The recent announcement that California will phase out the sale of combustion engine vehicles by 2035 was just another reminder that the market is shifting to battery-electric vehicles faster than the industry can procure batteries.

So even though Toyota only just announced its plans for a new $1.29 billion battery plant in Liberty, North Carolina in November 2021, with a groundbreaking ceremony earlier this year, the company has just announced plans to triple that plant’s capacity in a bid to meet anticipated demand for batteries.

When it was announced, Toyota said that Toyota Battery Manufacturing, North Carolina (TBMNC) would come online in 2025 with 1,750 employees and the capacity to build enough batteries for 200,000 vehicles. They said at the time that the plant could eventually expand to as many as six production lines for a capacity of 1.2 million vehicles worth of batteries.

Now, Toyota is spending another $2.5 billion to expand that initial capacity, bringing the total investment in TBMNC to $3.8 billion. “This marks another significant milestone for our company,” said Norm Bafunno, senior vice president, Unit Manufacturing and Engineering at Toyota Motor North America. “This plant will serve a central role in Toyota’s leadership toward a fully electrified future and will help us meet our goal of carbon neutrality in our vehicles and global operations by 2035.”