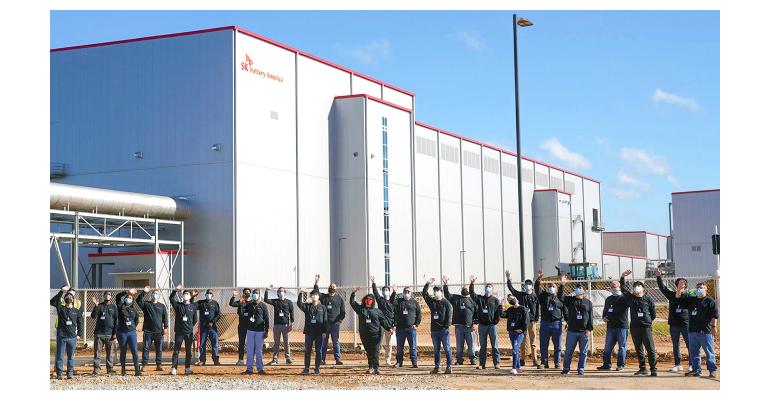 Last week, Ford Motor Co. announced that it has broken ground at BlueOval City, its Stanton, TN-based joint project with Korean battery maker SK On. The $5.6 billion facility will build a next-gen truck EV as well as EV batteries for Ford and Lincoln EVs, while creating approximately 6,000 jobs, according to Ford.

Ford also announced it is expanding its presence in Kentucky with BlueOval SK Battery Park, a new, $5.8 billion, 1,500-acre battery manufacturing complex. The joint venture with SK On will create about 5,000 new jobs.

The announcements are the latest in what has become a stampede of automotive industry money and resources into new US-based mattery manufacturing projects.

A year ago, the US Dept. Of Energy (DoE) reported that in addition to those already in operation, 13 new EV battery plants were expected to begin production by 2025. Here’s that list: 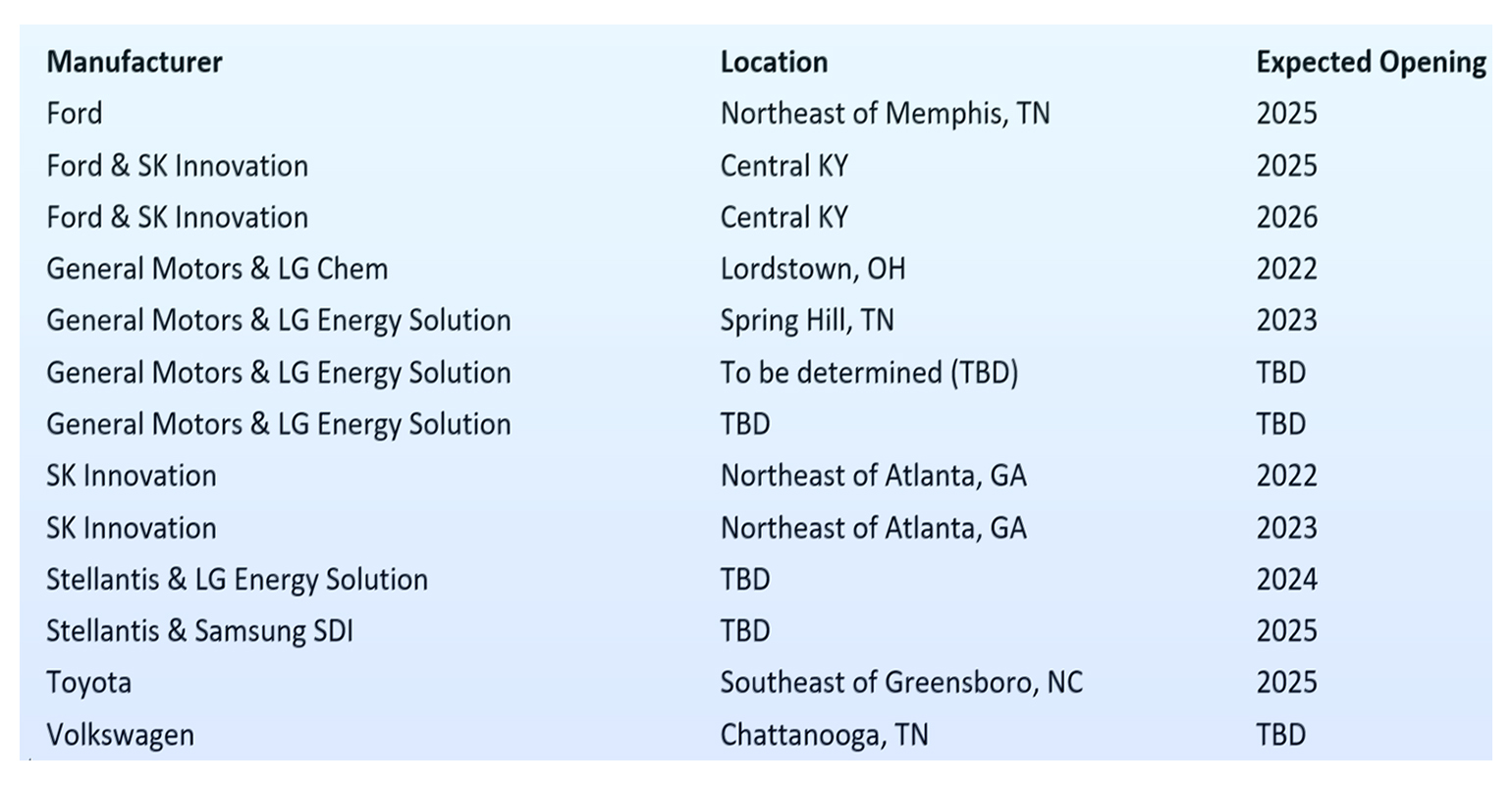 That was then: However, there has been a flurry of developments since then, with such automakers as GM, Honda, Stellantis, Tesla, Toyota, and VW, as well as Ford, making moves to firm up their supply chains and operations. The auto OEMs are allied with international battery makers including LG, Panasonic, Samsung, SK, and others—but those companies also have their own North America production plans, separate from what they have in the works with the carmakers.

And since it passed this summer, the Inflation Reduction Act (IRA), with its $3.1 billion funding for battery materials refining and production plants and battery cell and pack manufacturing facilities—as well as numerous tax incentives—is acting as an accelerant on the process.

Here are 13 recent developments of note you may have missed.